What's on My Bookshelf This Weekend: Kylie Scott, Taryn Elliot, and Cari Quinn

on March 23, 2018
Full confession time.  I did not read all the books that I mentioned in last week's post.  As I finished up Cari Quinn and Taryn Elliot's "Lost in Oblivion" series, I decided to dive right into their spin off series "Lost in Oblivion", a spin off, which features some of the minor characters. 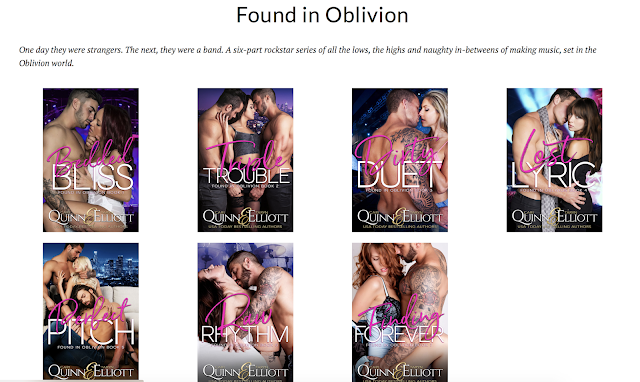 The yumminess factor and the awesome characters with a  bit of intrigue, basically led me to binge read the entire 6 book series during every free moment.

To be honest, I wasn't sure if I would read all of the "Found in Oblivion" series.  Pitch Perfect, Book 5, features a menage.  A little MFM action doesn't bother me and can, in fact, be pretty hot (hmmm, maybe I should tell my husband it is time to experiment?!), but it was mentioned that the book also has a lot of MMF scenes.  I read a few of the reviews and then decided to give the book a try. Pitch Perfect's sex scenes were steamy and very well done and I really enjoyed the characters' relationship with each other.  The twist at the end . . .  oh my goodness!  So of course, I had to immediately dive into Raw Rhythm to find out how the authors tie it up!

Now I am done with the series and I am in mourning for my favorite characters. Yes, that is a thing.  Avid book readers get it - book hangover, feeling like the characters are real people (they are real!). 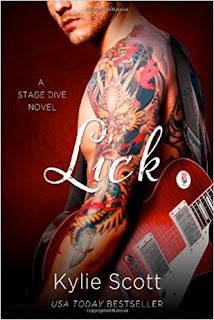 Anyway, that is why my bookshelf from last weekend is still full.  Last night, I got a notification from the library stating that one of my requested books is available.  I have a bunch of stuff on hold and half the time when I get the notification, I have no idea what book it is for or what the book is even about.  This book is Lick by Kylie Scott.  It is another rocker book and so far I am about 22% of the way in.  It has sucked me in already and I'll leave a review once I'm finished.


*All books in Cari Quinn and Taryn Elliott's Lost in Oblivion, Found in Oblivion, and Hammered series can be read as standalone, but I do recommend you read them in order to prevent a few spoilers.