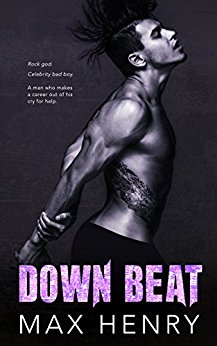 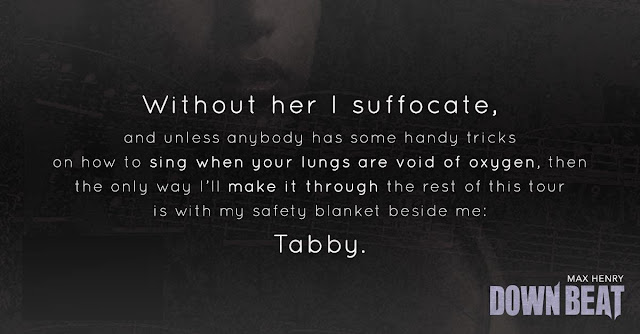 Some call him a rock god.
Others a celebrity bad boy.

Me? I call him the arrogant bastard who stole my concert venue.

His apology? To take me and my violin on tour with the band.
It’s an offer I can’t refuse, even if it does come with strings attached.

Because Rey Thomas isn’t who he seems.

Life isn’t pretty behind the deviant frontman’s facade.
It’s raw, ugly, and at times downright painful.
But it’s real.
And far better than the lie he presents to the world.

The man behind the face of Dark Tide is beautiful in his chaos.
All I have to do is keep him alive long enough to see that too.

Nobody ever said loving a rock star would be easy.


PLEASE NOTE:
DOWN BEAT deals firmly with the subject of mental illness and its associated effects on not only the sufferer, but those around them. If this is something you feel may be a potential trigger for you, I advise you stop, consider if this book is right for you, and if you decide yes, ensure you have a support person available.
Rey’s story is an immensely personal one for me and I would love for you to experience it, but not at the cost of your own health and wellbeing. 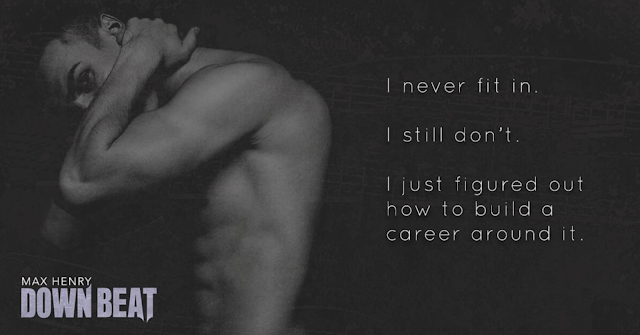 My mouth waters when he reaches over his head with one hand and then tugs his T-shirt off. The material hits the floor in a heap, while my resolve to let this develop at a more sensible pace is seriously tested. 𝘞𝘩𝘰 𝘵𝘩𝘦 𝘧𝘶𝘤𝘬 𝘢𝘮 𝘐 𝘬𝘪𝘥𝘥𝘪𝘯g? If I don’t get to jump his bones by the end of this stint, I’m going to be seriously disappointed in myself and disillusioned in his prowess as a rock star.

Still, there’s a time and a place, and the thirty minutes we have to get ready before heading out hardly seems like enough time to start that kind of relationship off in the right way. I don’t want forever from him, but I sure as shit want more than a fleeting tap and go.

The water switches on in the bathroom while I stare at the ceiling and groan. I catch the clink of his belt before his arm appears in the doorway, jeans in hand, and he flicks them in the general direction of his T-shirt. The boxers come next.

“You’re being a tease,” I whine as I catch a glimpse of his naked butt in the mirror when he steps in the shower. 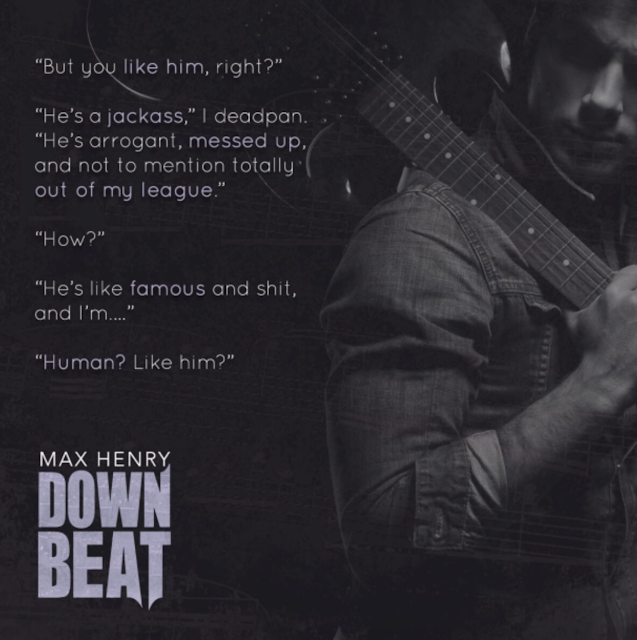 “I don’t like Rey, the lead singer of Dark Tide.  He’s arrogant, loud, and careless.

I like Rey, the guy who loves to play his guitar and sing about the things that torture him the most.

Now I want to know Rey the man.”

I do not even know where to begin.  I always love a good bad boy rockstar romance, but this book not at all what I expected and I mean that in a good way.  This is my first book by Max Henry and I am thoroughly impressed with her writing.  She takes a difficult subject matter that is often considered taboo and puts it all out there in the open - in this case, rapid cycling bipolar, severe depression, and suicidal ideation.

Yes, this is, a romance with an underlying rockstar theme, but it is also so about loving someone who has a mental illness and how that struggle affects the person living with it as well as how it affects friends and families.  It is about having to make difficult choices because of love even if you question whether or not you are truly doing the right thing.

This is a love story between Tabitha, who is a concert violinist, and Rey, the lead singer of the rock band Dark Tide. The two are opposites and yet, they share a connection.  Their relationship is intense and is a bit of an emotional rollercoaster that really pulls on your heart strings. The characters were well developed and I love watching how their relationship evolved. They were perfectly imperfect characters having to make hard choices in battling demons.  Rey is suffering from rapid cycling bipolar disorder and recurrent suicidal ideation.  He sees Tabby as his lifeline.  Tabby wants to understand and wants to be there for him, yet she knows the ultimately he has to be his own lifeline.  She wants him to see himself they way she sees him. That he is enough.  That he is worthy.  She says that she cannot be “the cure” and that is instead acting as a “bandaid”.

The book is told from a dual POV, made it more enjoyable for me than if it was told from a singular POV.  Seeing both characters’ POV really helped the story progress and help the reader identify and/or understand Tabby and Rey.

Even knowing that it is a chemical imbalance in the brain, at times, I did want to shake Rey and say "can't you see that you are worth it?! Can't you stop yourself from self destruction?!”  Reading the parts from his POV just made my heart break over and over again.

Tabby was a very strong character and I enjoyed reading her POV - to understand why she made the decisions that she did.  She tries to be as supportive as possible to Rey and tries to understand, but she also doesn’t put up with him taking out his anger on her.  She sees that it is his frustration with himself that is causing him to lash out at her, but she doesn’t just sit back and take it.

You get a good glimpse into the other band members.  How much Rey’s self destruction and emotional lability affect them - especially with his brother Toby.  I also like Tabby’s friend, Kendall aka Cafe Girl.

I can speak from personal experience in stating that this book has the most accurate portrayal of bipolar disorder that I have ever read in a fiction book.   So to read a book that appropriately addresses a mental health disorder that is so often misunderstood and stigmatized amazes me. Max addresses not only the person suffering from mental illness, but also how friends and family are affected. One of the things that I would have liked mentioned more is that medication is important.  Yes, having a great support system, like Tabby and his bandmates, and going to therapy/rehab is integral to treatment, but mood stabilizers is what is going to help regulate the neurotransmitters and thus stop the rapid cycling.

Rey and Tabby are such wonderful characters and I enjoyed “getting to know them”.  I loved their chemistry and their connection.  It was heart wrenching at times and I wasn’t even sure they would get their HEA, but they did.  I am very much looking forward to the next book in the Dark Tide series. 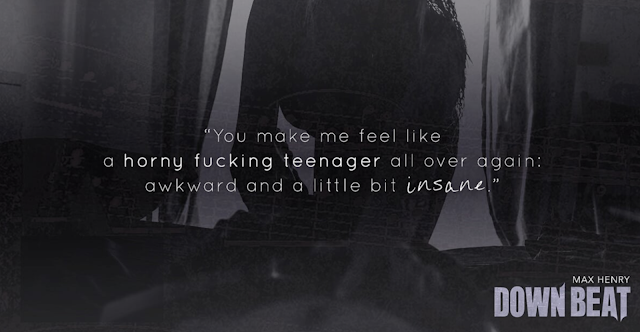 For as long as she can remember, Max has always had a love of the macabre and thought provoking side to life.

Which probably stands to reason why each of her books takes the reader on an emotional journey that not only promises twists, turns, and suspense, but a heart-wrenching journey where her motto holds true:

When she's not lost in an alternate world - fuelled by coffee and the odd sneaky bowl of chocolate (preferably M&Ms) - she spends her days as a wife to a dedicated husband, mother to two rambunctious boys, and an obsessive petrolhead enjoying the muscle on display at the local car shows.