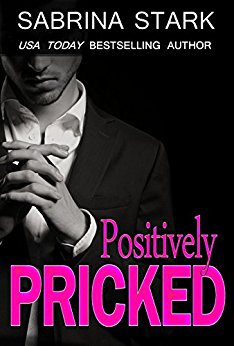 Blurb:
From USA TODAY Bestseller Sabrina Stark comes a fun, new STANDALONE romance novel: Zane Bennington, he was the guy who'd been making my life miserable for weeks. He was a prick. A jerk. A stone-cold ruthless bastard with no redeeming qualities whatsoever – well, except for his face. And his body. And yeah, maybe his massive fortune.But other than that, the guy had zero going for him. The only upside? He hated me as much as I hated him. Or so I thought…


Review:
4.5 stars.  This is the first book that I have read by this author and it will not be the last.  Zane is a billionaire known for being a jerk, er prick.  Jane is a sweet young woman who is trying to pay rent and figure out what to do with her life after she gets fired - something she indirectly attributes to Zane. Zane hires her to be he “personal public relations” manager and while she grapples with working for someone so rude, she cannot refuse.  She has no trouble standing up to Zane and telling him when he is being a jerk - which seems to be pretty much almost all of the time.

Both characters are highly entertaining. Jane has some hilarious inner dialogue and her conversations with Zane are more long the lines of dry humor and good sarcasm.  Zane, even though he seems to be the rudest, most inconsiderate man, you cannot help but love him. There are some comedic scenes with a few of the minor characters such as her wacky, inconsiderate roommate and the “lumberjack professor”. There is sexual tension throughout the book, but it isn’t acted on until about 75% of the way through.  When they finally do hook up - steamy!  Add in a few little twists and turns along with the humor and you have a very enjoyable read.

The book is told entirely from Jane’s POV.  At first, I was hoping to hear from Zane’s side as well, but I do think having it solely from Jane’s POV a better book.  I received this book as an ARC from Hidden Gem in exchange for an honest review.