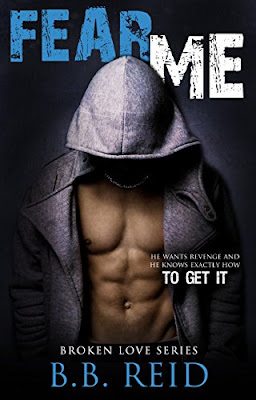 This book came highly recommended by multiple people in one of my readers' group.  We were looking for books that were similar to Penelope Douglas' "Bully"/Fall Away series and L.J. Shen's "Vicious"/Sinners of the Saints series.  This book, while similar, is also very different and may not be for everyone.  However, give it a chance and you might find yourself binge reading all 5 books.


Blurb:
This isn't another "I hate you because I secretly love you" story. Boy really does hate girl. And this isn't just a forbidden love story. This is obsession at its darkest. I don't believe in fairy tales and Prince Charming. I believe in fear. He taught me how to be afraid. We first met on a playground on a wonderful summer day. It was the first time he hurt me and it wouldn't be the last. For ten years, he's been my tormentor and I've been his forbidden. But then he went away, and yet I was still afraid. Now he's back and wants more than just my tears. You see...he thinks I sent him away so now he wants revenge...and he knows just how to get it.

Review:
This was a hard book to get into for me because I really couldn’t see, in the beginning, how this was going to be a “love story” between Keiran and Lake. How on earth would Lake ever move on from her torturous past with Keiran? Once I got about a third into it, I couldn’t put it down and then continued to binge read the remainder of the series.Keiran was a tough character to like. He is intense, cold, arrogant, and leans towards violence. He has an unhealthy obsession with Lake. However, as I learned his backstory, my heart broke for him. At times, I wanted to beat him senseless for his treatment of Lake. At other times, I wanted to talk sense into Lake. She was bullied so terribly and yet couldn’t understand her attraction to him. He was a jerk, manipulative, and not someone she should come to love. All of that being said, B.B. Reid does a beautiful job of building a unique storyline with characters that you shouldn’t like, but can’t help but fall in love with. The backstories behind each character are heartbreaking and it was really interesting for me to see how their relationship evolved. The characters, including the minor ones are well developed and the sex scenes were steamy. I am really looking forward to reading more about Lake and Keiran as well as the stories behind the more minor characters - especially Dash and Willow.