New Release and Review: His Banana by Penelope Bloom 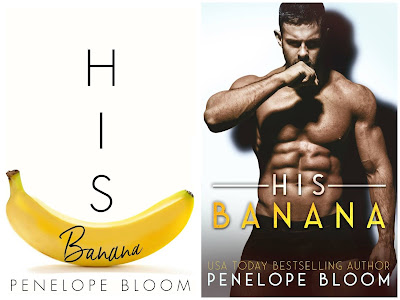 
Get your mind out of the gutter! Yes, yes, I am well aware that it sounds dirty.  That the banana is a euphemism for, well, you know, but in this book, it is a literal banana.  Well, okay, it starts off as a literal 10-inch perfectly yellow banana that belongs to her new boss, but then. . . okay just read the book.  It is hilarious.  It is an enemies-to-lovers romance.  It is one of those CEO dates the employee romance. 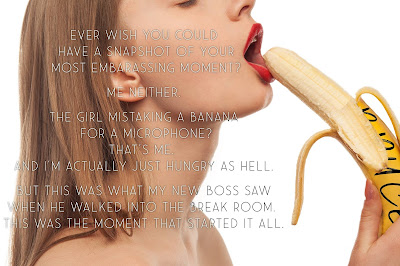 My new boss likes rules, but there's one nobody dares to break...
No touching his banana.
Seriously. The guy is like a potassium addict.
Of course, I touched it.
If you want to get technical, I actually put it in my mouth.
I chewed it up, too... I even swallowed.
I know. Bad, bad, girl.
Then I saw him, and believe it or not, choking on a guy's banana does not make the best first impression. I should backtrack a little here. Before I ever touched a billionaire’s banana, I got my first real assignment as a business reporter. This wasn’t the same old bottom-of-the-barrel assignment I always got. I wasn’t going to interview a garbage man about his favorite routes or write a piece on how picking up dog poop from people’s yards is the next big thing. Nope. None of the above, thank you very much.This was my big break. My chance to prove I wasn’t a bumbling, clumsy, accident-prone walking disaster. I was infiltrating Galleon Enterprises to follow up on suspicions of corruption. Cue the James Bond music.I could do this. All I had to do was land the position as an intern and nail my interview with Bruce Chamberson.Forget the fact that he looked like somebody carved him out of liquid female desire, then sprinkled on some "makes men question their sexuality" for good measure. I needed to make this work. No accidents. No disasters. No clumsiness. All I needed to do was hold it together for less than an hour.Fast forward to the conference room before the interview, and that's where you would find me with a banana in my hand. A banana that literally had his name on it in big, black sharpie. It was a few seconds later when he walked in and caught me yellow-handed. A few seconds after that was when he hired me. Yeah. I know. It didn't seem like a good sign to me, either. 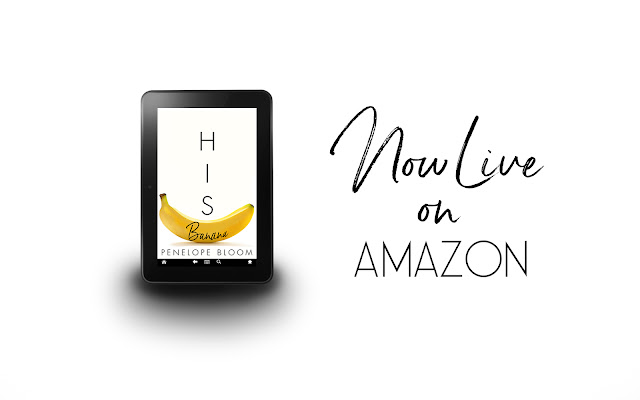 I don't often give 5 star reviews, but His Banana deserves it!  I don’t think that I have laughed so hard in a long while.  If you read the blurb to this book, you know right off the bat that this is a romantic comedy. Natasha is a chronically late due to random occurrences, accident prone reporter for a floundering business magazine.  She is constantly given the assignments that no one wants until a big one lands her lap and she has to go undercover.

Bruce is a CEO of a successful marketing company.  He was burned with by betrayal by a past girlfriend.  He now considers relationships mistakes and as he always puts it - one a mistake is made, he never makes it again.  To deal with life, he needs order and needs to control every single aspect of his life, to the point of being cold.  I pretty much wish I had his organization skills.

The scene where she is midway devouring Bruce’s banana is priceless.  Bruce’s life is so ordered down to what and when he eats that the banana is the highlight of his day.  Proof!  It is gone.  So yes, “His Banana” is about a literal banana.  You can imagine all the sexual innuendos that goes with Bruce being obsessed about having a perfectly yellow, 10-inch long banana at precisely 10:30am daily.

I love these characters.  They are both very well developed and I love how they are complete opposites.  I was constantly laughing at how Natasha would push his buttons. I really enjoyed watching how their relationship evolves and the sex scenes are steamy without being over the top. Of course you have to wonder about how it will all go done once Bruce discovers the truth about why she is working for him.

I have read a few of Penelope Bloom’s previous books and those tend to have a more serious edge to them while “His Banana” is a romantic comedy.  The fact that she can write books with different tones successfully proves that Penelope is an amazing writer.

It would be wonderful is the author would write a book about William, Bruce’s laid-back, player twin brother.