Release Day Blitz and Review: The Peer And The Puppet by B.B. Reid 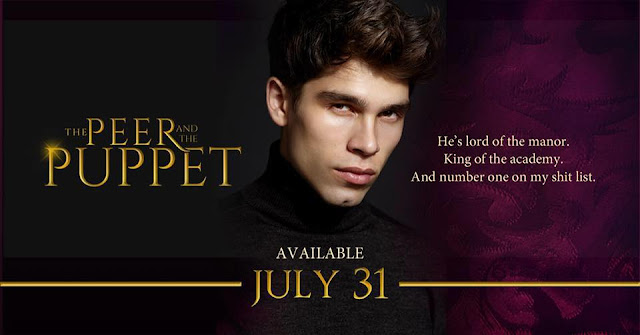 From the author of the Broken Love series (Fear Me, Fear You, etc), B.B. Reid has released the first book in a new series!  While I never thought any book by her would be as good as those in the Broken Love series, The Peer And The Puppet is just as good.  Be prepared to be sucked in and say "just one more chapter" while staying up all night to finish reading as B.B. Reid takes you on a roller coaster of emotions, drama, and action in this enemies-to-lovers romance. 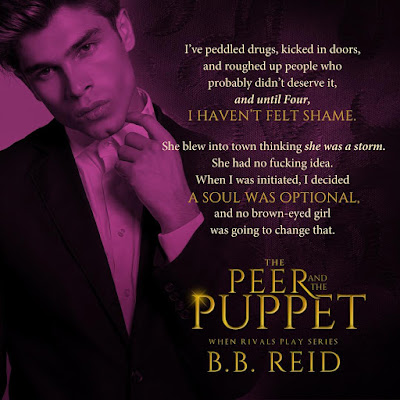 Borrow the bike. Win the race. Collect the cash. It should’ve been an easy job. Ran out of town with a broken leg and a lawsuit, my mother’s latest flame swoops in like a knight in gilded armor. Blackwood Keep is a place I don’t belong, and I’m not the only one who knows. To the boy across the hall, my savior’s only son, I’m a stray looking for a bone.

He’s lord of the manor.
King of the academy.
And number one on my shit list.

I have no intentions of becoming a happy family with the social climber and her wild daughter. A bottle of Jameson and a cracked skull gets my problem shipped to reform school, but I didn’t bank on her returning.

Four’s out to get even, and she almost had the perfect plan: expose the privileged kid moonlighting as a gangbanger. She’s smart, but she’ll have to be smarter. Sending her away won’t be good enough this time. I’m going to have to tame the little troublemaker. To the girl across the hall, the one without a name, I’m nothing without my silver spoon.

She’s lady of the trailer park.
Queen of the swamps.
And my new favorite pastime.


The Peer and the Puppet is a standalone romance, however, the series is one story. The plot introduced in Four and Ever’s story will continue in the following novels. No cliffhangers. 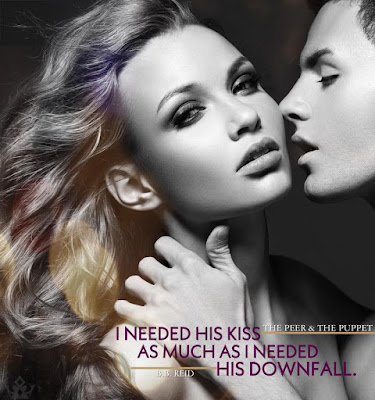 Review:
5 Stars
The Peer and the Puppet was extremely  entertaining.  I devoured this book and was left with a major book hangover.  I consider this book to be a dark, enemies-to-friends romance.  While the characters are in high school, there are several mature themes so I would recommended it for 17+.

As mentioned in the blurb, The Peer and the Puppet is book 1 in the “When Rivals Play” series.  It is a standalone with no cliffhanger, but the underlying storyline continues in the future books.

This author does an amazing job of writing enemies-to-lovers romances that usually involve at least 1 broken and damaged character.  Ever is cold and is into something dangerous. He is mean to Four, but is also protective of her.  Four (yes, that’s her name and you’ll find out why), is a very strong character.  Growing up with her mom was tough and she became very independent.  Her mom is dating Ever’s rich dad and when Four pulls a stunt, she and her mother move into Ever’s house.

The characters are well developed in the book and it was great to see the way their relationship evolved.  I love the minor characters of Jamie, Vaughn, and Tyra.  I wasn’t a big fan of Barbie/Bee as she seemed selfish and bitter. Towards the end, she did redeem herself a bit.

This book has it all - the 1% peerage, family drama, dangers, secrets, manipulation, heart-ache, and intense love.  B.B. Reid doesn’t just dump it on you all at once, it is gradual and things are revealed throughout the book and not just suddenly at the end like many authors are prone to do.

Four and Ever have their HEA, the storyline continues with The Moth And The Flame.  Read the sneak peak at the end, bc I was pleasantly surprised with who the hero and heroine were going to be.

About the author:
B.B., also known as Bebe, found her passion for romance when she read her first romance novel by Susan Johnson at a young age and she would sneak into her mother's closet for books and even sometimes the attic.