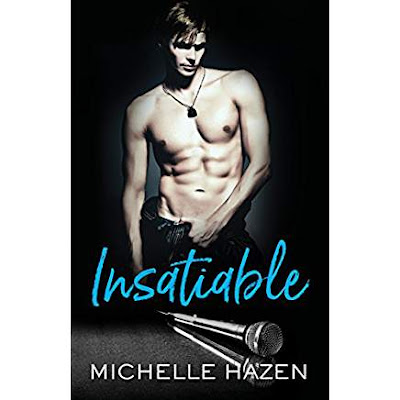 *This is book 3 in the Sex, Love, and Rock and Roll series.  It can be read as a standalone, but I highly recommend starting at the beginning of this series.  See end of blog post for links to previous books.*

About:
Jax Sterling is a sex addict with the heart of a golden retriever puppy. As the lead singer for the Red Letters, it’s easy to hide his loneliness behind his bad boy lifestyle…until he lands on tour with a hard rock goddess who makes him want the relationship he can never have.Onstage, Ava’s all chains, whips and guitar licks, but the backstage confessions they share are darker than their leather. She wants Jax, but he wants better for her than him. But then, bad news drops that threatens the life of one of his bandmates, and the loyalty of the other. Terrified by how little he has left if he loses his best friends, Jax takes the plunge to let someone else into his life. Until Ava finds out his ugliest sin, and it’s nothing she can forgive.Click to start reading now if you’re craving a tearjerker with a irresistible sense of humor.Book 3 of the NTRWA award-winning series**This book contains spoilers to earlier books in the series, but can be read and understood as a standalone. No cheating, no cliffhanger, HEA guaranteed.**

This Jax’s story.  I would recommend reading the previous books the Sex, Love, and Rock and Roll series so that Insatiable makes more sense. The previous books have shown us that Jax, the lead singer and guitarist of The Red Letters, is a recovering drug addict.  In Insatiable, he is 4 months sober and is going on a long tour with his bandmates and their significant others as well as the famous AVA (who we were briefly introduced to in Tie Me Down (bk 2.5).  In this book, you discover that he is also a sex addict, which I thought was pretty interesting and something that I have never read in a rockstar romance before.

I have always had a soft spot for Jax.  While he was in the other books, I didn’t feel like I knew that much about him, but I knew that he had a soft heart and was struggling.  He is an interesting character.  His bandmate, Danny, is atypically acting out and Jax is fighting an attraction to AVA.  Both are things that are really messing with his mind and challenging him in his dedication to stay clean.  He is a strong character with a big heart.  He loves his bandmates and hurts when they hurt.  He wants AVA desperately, but he has multiple reasons for not acting on his feelings and desire for her.

Danny is going through some serious issues.  At times, I really want to shake him for handling his situation the way he was for a huge chunk of the book.  There are secrets, secrets, and secrets, all of which threw me for a loop once revealed. I really enjoyed the story, experiencing Jax and Ava’s HEA, and getting so see more of our favorite characters from the earlier books.  The end was bittersweet - all my characters had HEAs, but I was sad the series was over - until I read the Author’s note.  Look out because Book 3.5 is out in September!

I voluntarily read and reviewed an ARC of this book.  All thoughts and opinions are my own.

Book 1: A Cruel Kind of Beautiful