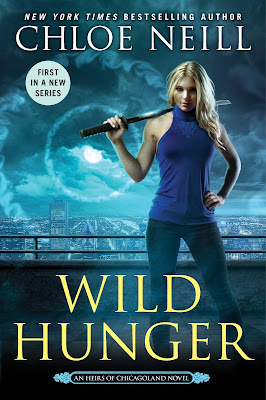 A few years ago, I discovered these amazing paranormal books.  I am not one for vampire novels, but I managed to get hooked on the Chicagoland Vampire series by Chloe Neill.  As in I devoured the entire series in a ridiculously short amount of time.  This is not your Twilight nor your typical vampire novel.  There are shifters, vampires, sorcerers, etc.  There is politics, intrigue, and romance.

As the only vampire child ever born, some believed Elisa Sullivan had all the luck. But the magic that helped bring her into the world left her with a dark secret. Shifter Connor Keene, the only son of North American Central Pack Apex Gabriel Keene, is the only one she trusts with it. But she’s a vampire and the daughter of a Master and a Sentinel, and he’s prince of the Pack and its future king.
When the assassination of a diplomat brings old feuds to the fore again, Elisa and Connor must choose between love and family, between honor and obligation, before Chicago disappears forever.

This is the first paranormal book in the “Heirs of Chicagoland” series and is a spin off the “Chicagoland Vampires” series.  Wild Hunger can be read as a standalone, but I highly recommend starting with the Chicagoland Vampire series as Wild Hunger builds off that world and reveals spoilers from that series. I was thrilled when I discovered that the author was creating a series for Elisa Sullivan - the now grown up child of Ethan and Merit.

This book has it all - vampires, shifters, fairies, sorcerers as well as political intrigue, murder, suspense, magic, and a potential romantic relationship between Elisa and another character.

This is a fast-paced, full length novel that keeps you entertained right until the very end.  The European vampires are entering peace talks and are in Chicago.  While at a celebration at Cadogan’s house, one the delegates is murdered and a shifter friend is found, confused holding the knife.  I enjoyed reading how the story unfolded.  There were many things at play.  Who or which supernatural beings performed the murder?  Why are the Fae suddenly acting so odd?

Elisa is a strong character who loves her friends fiercely and wants the violence to stop and have peace.  She is battling an inner demon - one that powerful and scares her.  Connor is a hot, sexy alpha member of the wolf pack that you cannot help, but love.  Lulu, Catcher and Mallory’s daughter, is Elisa’s quirky best friend. All the characters were well developed and I am looking forward to seeing them in the future books.  There were some short scenes with Merit and Ethan, which I loved, but I would have liked to have read some with Mallory and Catcher.

I received this book through Netgalley and I voluntarily leave this review. All thoughts and opinions are my own. 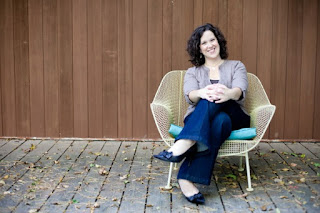 Chloe Neill is the New York Times and USA Today bestselling author of the Devil’s Isle, Chicagoland Vampires, and Dark Elite series. She was born and raised in the South, but now makes her home in the Midwest.  When not writing, she bakes, knits, Pins, and scours the Internet for good recipes and great graphic design. Chloe also maintains her sanity by spending time with her boys–her favorite landscape photographer/husband and their dogs, Baxter and Scout. (Both she and the photographer understand the dogs are in charge.) Chloe is represented by Lucienne Diver of The Knight Agency. Chloe is a member of the Romance Writers of America.
Follow Chloe Neill: