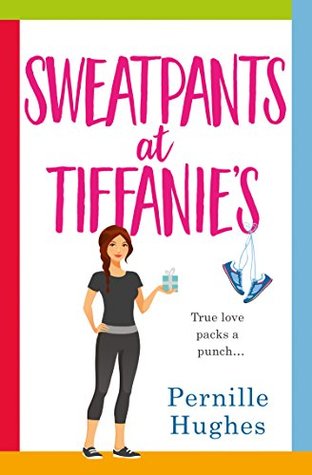 The knock out romantic comedy of the year!
This brilliant, funny love story is perfect for fans of Jo Watson, Mhairi McFarlane and Sally Thorne.
True love packs a punch…
Tiffanie Trent is not having a great week. Gavin, her boyfriend, has dumped her unceremoniously on their tenth anniversary, leaving her heartbroken and homeless.
Frank Black, the owner of Blackie’s boxing gym and where Tiff has been book-keeper for the last decade, has dropped dead. He's not having a great week either.
And if that wasn’t enough, Mike ‘The Assassin’ Fellner, boxer of international fame and Tiff’s first love, is back in town and more gorgeous than ever. Tiff can’t seem to go anywhere without bumping into his biceps.
When she discovers Blackie has left her the gym, Tiff, with her saggy trackies and supermarket trainers, is certain she’ll fail. Can Tiff step up and roll with the punches, or will she be down and out at the first round?

This is my first book by this author and I really enjoyed it. One of the other reviewers mentioned that Sweatpants at Tiffanie’s is a combination of both women’s fiction and romcom. You get a bit of romance, a bit of mystery, some humor, witty friends, annoying exes, and a hot MMA fighter.The book opens with Tiffanie’s boyfriend breaking up with her. His thought process portrayed during every interaction with Tiff is hilarious and you can’t help but shake your head and roll your eyes. Tiffanie is an interesting character. At first I wanted to shake her for wanting her ridiculous boyfriend back. However, she evolves into a strong woman who sets her sights high. She inherits a boxing gym from her old employer and has brilliant ideas on how to make things work. However, she has doubts of making it a success and those doubts grow as others telling her that she can’t do it. Part of what makes her a strong character is that she accepted her insecurities and pushes ahead anyway. There is a bit of mystery of who is trying to sabotage her effects and the gym.The book is well written. Tiffanie is a well developed, likable character and the supporting characters are entertaining. The book moves at a great pace.

I received this book as an ARC and I voluntarily leave this review.  All thoughts and opinions are my own. 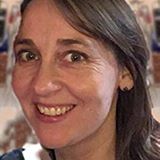 Pernille Hughes is a RomCom author and mum, whose writing has been printed in The Sunday Times, the fabulous SUNLOUNGER summer anthologies and now in her debut novel SWEATPANTS AT TIFFANIE'S.
Pernille (pronounced Pernilla) studied Film & Literature at uni and took her first job in advertising, having been lured by the temptation of freebies, but left when Status Quo tickets was as good as it got. After a brief spell marketing Natural History films, she switched to working in Children's television which for a time meant living in actual Teletubbyland, sharing a photocopier with Laa-Laa. Now, she lives in actual Buckinghamshire, sharing a photocopier with her husband and their four spawn. While the kids are at school she scoffs cake and writes RomCom stories in order to maintain a shred of sanity.