New Release and Review: One More Moment by Samantha Chase 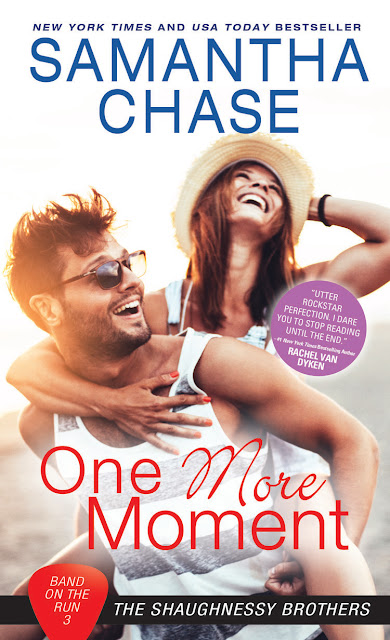 Julian Grayson is taking a break...from his cheating fiancée...from his band...from his life in the spotlight
Charlotte Clark is devoted to her work...to save the world...to help the homeless...to get a broken man back on his feet
When Charlotte Clark offers to pay for Julian Grayson's coffee, the world-famous drummer assumes she wants something from him. But Charlotte has no idea who he is, and Julian can't resist keeping up the charade—being incognito is a novelty and a relief. He'll have to tell her...eventually. But as Charlotte cheerfully undertakes to transform his life, Julian realizes there's something about her that gives him what he hasn't felt in years: hope. 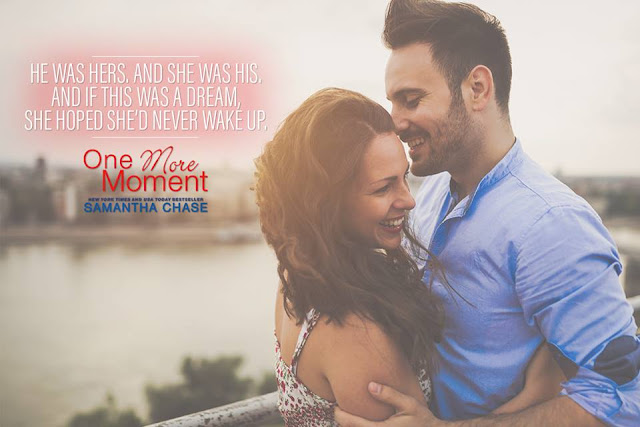 I’ve been wanting to read Julian’s story for a while now.  Julian, the drummer of Shaughnessy, is avoiding - recognition from fans and playing music again with his band.  We know from the previous books that he was in a toxic on again, off again relationship with the manipulative Dena who was after fame and money.  The prologue in the book of his interaction with Dena is priceless.  I always love a damaged bad boy rockstar and Julian is definitely that.  I enjoyed watching him find his way.

Charlotte is an interesting character.  She was inspired by her family history to become a vocational rehabilitation advisor - a fancy way of saying she helps people who are homeless, out of rehab, or just release from jail find jobs.  I love how kind-hearted she was and how much she wants to help people, but she was quick to make assumptions that Julian is homeless and without a job.  She immediately goes into stealth mode trying to help him.  While I liked Charlotte, that was the one thing that annoyed me - making quick assumptions based off appearances (and later because Julian says he’s in between jobs and also diving right into to help someone who doesn’t need or want help.

It was fun to read how the two of them started their relationship and how they both helped each other on the way to self discovery.  It was also great to see the band members and their wives from the other books.  One More Moment is a great conclusion to the series.

I received this book as an ARC through NetGalley and I voluntarily leave this review.  All thoughts and opinions are my own.

Band on the Run: The Shaughnessy Brothers 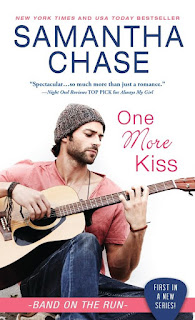 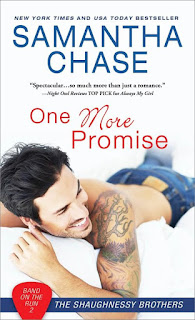 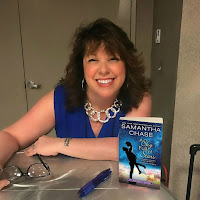 New York Times and USA TODAY bestselling author of contemporary romance, Samantha Chase released her debut novel, Jordan's Return in November 2011.
Although she waited until she was in her 40s to publish for the first time, writing has been a lifelong passion. Her motivation to take that step was her students: teaching creative writing to elementary age students all the way up through high school and encouraging those students to follow their writing dreams gave Samantha the confidence to take that step as well.
With almost fifty titles currently to her name, she has no plans to slow down.  You won't find her books with the erotica or paranormal titles, all of her works are pure contemporary romances.
When she’s not working on a new story, she spends her time reading romances, playing way too many games of Scrabble or Solitaire on Facebook, wearing a tiara while playing with her sassy pug Maylene…oh, and spending time with her husband of 25 years and their two sons in North Carolina.
Website:  https://www.chasing-romance.com
Facebook: https://www.facebook.com/SamanthaChaseFanClub/
Twitter: https://twitter.com/SamanthaChase3
Instagram: @samanthachaseromance