New Release! Christmas With the Band by Michelle Hazen

on September 03, 2018
Put on your Santa hat, drink some eggnog, and settle in the Michelle Hazen's new book - Christmas With the Band.  This novella is book 3.5 of the "Sex, Love, and Rock and Roll" series and according to the author, the last book in this amazing rockstar series. 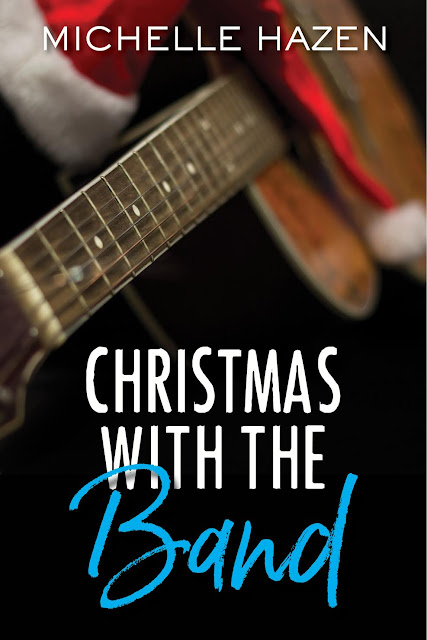 Tattoos, house fires, and house arrest: It’s Christmas with the Band!
All Jax wants for Christmas is for his favorite people to get along. So when he takes Ava home for the holidays, she vows to finally make peace with his drummer. What she gets instead is a house fire, house arrest, and the kind of dinner none of them will ever forget.
This comic romp of a holiday story wraps up the world of the Sex, Love and Rock and Roll series in a red lacy bow. 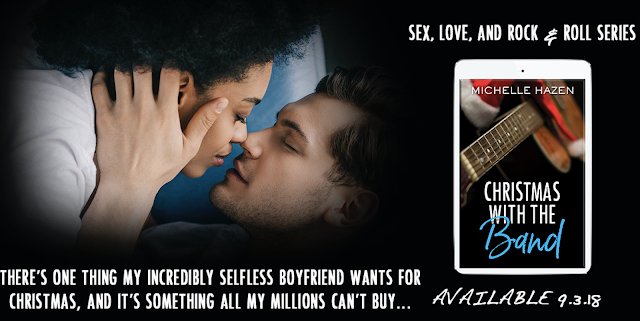 Review:
This quick enjoyable read is book 3.5 in the Sex, Love, and Rock and Roll series.  It is not a standalone so I do recommend starting with book 1.  Christmas With the Band is told from Ava’s POV.  She is still with Jax (one of my favorite couples!) and they are off to spend Christmas with his band, The Red Letters.  This novella is not a standalone - the previous books from this series should be read first.

One thing that I like about Michelle’s Hazen’s books is the character development.  They are all strong and have traits that make them unique and flaws that sometimes want to shake some sense into them.  She makes them human.  In this case, there were times that I wanted to snap at Jera.  We met Ava in Jax’s book “Insatiable” and the author painted her as a type A, in control character who bonded with Jax.  Yes, she had faults and one of her actions hurt those in the band, but she also owned up to them in a very public way. Yet even though she has apologized and the rest of the band, including Jax, have forgiven her, Jada still cannot let go. Jada slings cruel words towards Ava.

I really enjoyed having this novella told from Ava’s POV. She was a character that I had a little more difficulty identifying with previously and it was good to really see her thoughts and feelings.  I also loved “meeting up” with all my favorite characters.  I do wish the novella was a little longer because I would have like to have seen further into the future i.e. Jada having her baby and how things go with Danny’s cancer, with those told from their POV. It is a bittersweet end to this rockstar series.  I fell in love all the characters and I am sad that the series is over but, I am happy that they all got their HEAs. 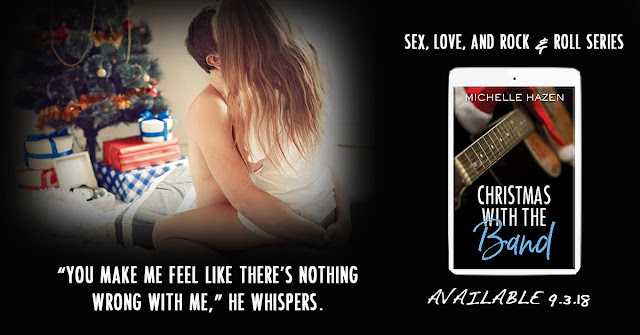 Other Books in this Series:

A Cruel Kind of Beautiful 1.0 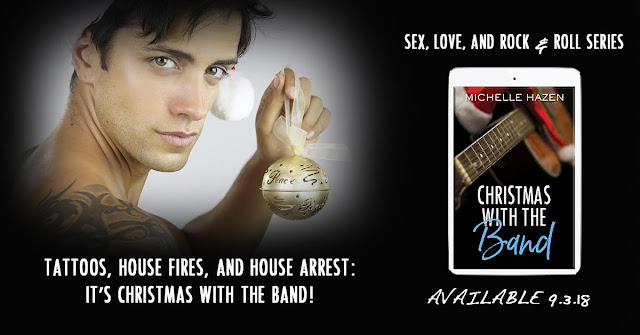 Michelle Hazen is a nomad with a writing problem. Years ago, she and her husband ducked out of the 9 to 5 world and moved into their truck. She found her voice with the support of the online fanfiction community, and once she started typing, she never looked back.
She has written most of her books in odd places, including a bus in Thailand, an off-the-grid cabin in the Sawtooth Mountains, a golf cart in a sandstorm, a rental car during a heat wave in the Mohave Desert and a beach in Honduras. Even when she’s climbing rocks, riding horses, or getting lost someplace wild and beautiful, there are stories spooling out inside her head, until she finally heeds their call and returns to her laptop and solar panels.
She’s currently addicted to The Walking Dead, hiking, and Tillamook cheese.
2015 NTRWA Great Expectations Award, New Adult category for A Cruel Kind of Beautiful
2017 NHRWA Lone Star Award, Single Title category for Hell or High Water
2017 Linda Howard Award of Excellence, Romantic Suspense category for Kevlar Angel