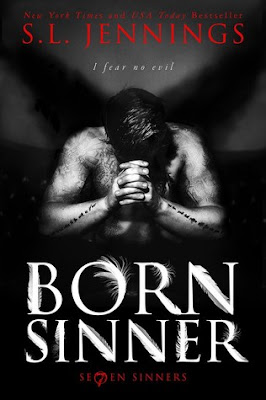 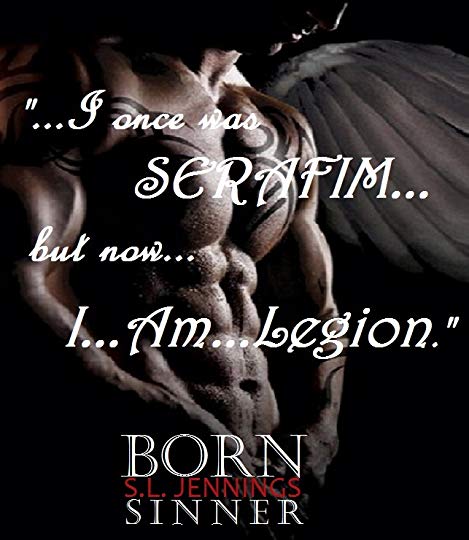 Blurb:
Twenty-two years ago, I was cut from a cold, sodden womb, and cradled in the filth and poverty of Chicago’s concrete arms. Statistically, I wasn’t supposed to survive these streets past the age of eighteen. Fate had a different plan.I was bred for one purpose and one purpose only: to unleash death and destruction on my world. My thoughts are power. My words are weapons. Evil created me then grace tried to save me. But first… they tried to kill me. They call themselves the Se7en. They are sin and salvation, and everything we’ve feared from the beginning of time. And their leader is the deadliest of them all. He doesn’t lose. He doesn’t compromise. And most importantly, he doesn’t distract himself with mortal weakness.Not until me. Kill one to save a million. That’s what he told me when he took me as his prisoner. Kill one to save a million.That’s what he’s been trying to tell himself ever since he took me into his arms. 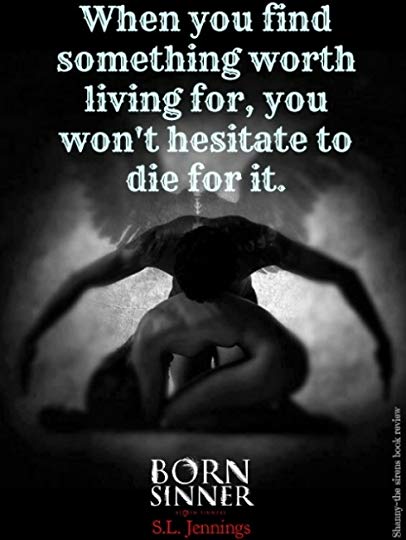 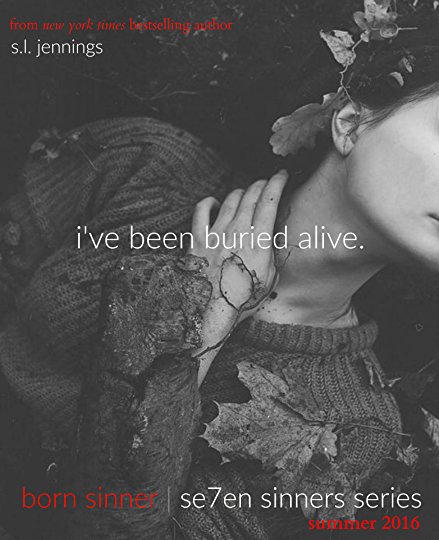 Review:
4 stars What an amazing read and I won’t say too much because I don’t want to give anything away.  Born Sinner  is an intriguing, paranormal, dark romantic suspense full of twists and turns.  Eden is a hard core heroine.  She has survived repeated tragedy and yet she perseveres, but keeps herself closed off from nearly everyone around her.  She continues to struggle with her past and now, her future.  Is she evil?  Or is something else at work?  She is one of those strong, likable characters that you want to root for.  L [Legion] is that dark, damaged anti-hero that you cannot help, but love.  He is a demon, fallen, and many years ago wrecked massive destruction amongst humanity, but now he battles with that side of him. Instead leads the Se7en in trying to keep the world as safe as possible with the motto of "Kill one to save a million”. Then there is infamous Lucifer.  He is quite the interesting and entertaining character.  There is so much more to this story than a romance - who or what is Eden?  Why are the Se7en involved? The author does an amazing job with world building - demons, Seraph, fallen angels, Jumpers, the Called, and of course Lucifer.

The intense chemistry between Eden and L was palpable, but I was a little disappointed that it took until close to the end of the book for them to finally act on it.  The book is told entirely from Eden’s POV, I would have loved to have read a few chapters from L to get into his head and emotions. This book has everything - tragedy, heat, suspense, action, great world building, and shocking revelations.  It has a unique storyline, moves at a good pace, has well-developed characters and keeps you entertained until the very end. Born Sinner is book 1 in S.L. Jennings’ Se7en series.  It does end in a cliffhanger, but the rest of the series is now available. 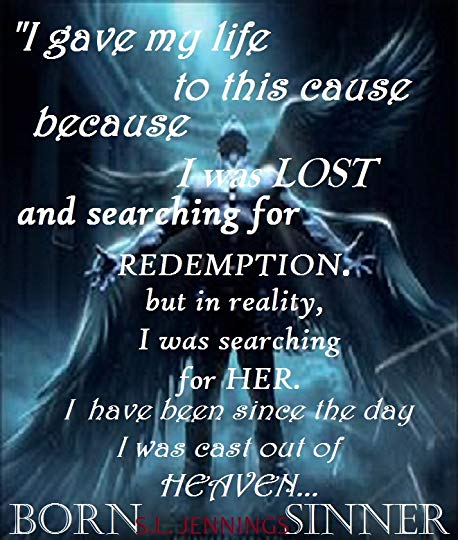 Links to other books in the series:

S.L. Jennings is a proud military wife to her high school sweetheart, a mom of 3 rowdy boys, and a New York Times and USA Today Bestselling author of contemporary and paranormal romance. When she’s not obsessing over book boyfriends, you can find her hanging out with a few epic fictional loves at independent bookstores or sipping Bloody Marys at her favorite brunch haunts in Spokane, Washington. She’s a self-proclaimed food snob, makeup junkie and lover of all things shiny, sparkly and kitschy.
Stay Connected:
Website: http://sljenningsauthor.com
Facebook: https://www.facebook.com/authorsljennings/
Twitter: https://twitter.com/mrsslj
Goodreads: https://www.goodreads.com/author/show/6572969.S_L_Jennings