Friday Round Up - What's on your bookshelf? 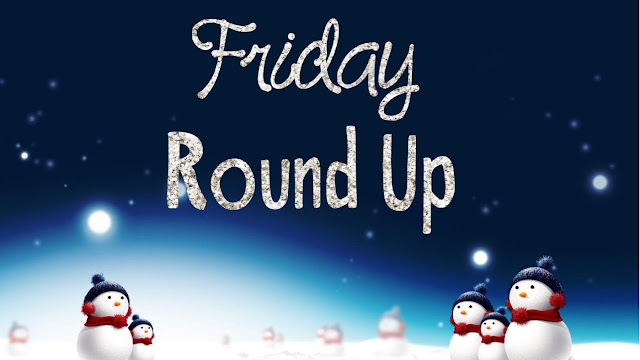 Happy weekend, everyone!  It's been a bit crazy over here - isn't that how it always is?!  My daughter had a major asthma exacerbation that almost landed her in the ER.  As it turned out, her cold went to her right lung causing mucus plugging and so she missed some school and I've been trying to get through a novella Beta read for 2 days which is a pretty long time for me.  It also means I am so behind on Holiday preparations!


On my shelf this week was a rockstar romance, a dark paranormal romance, and a dark romance.  The beta read I'm in the middle of is this sweet YA/NA royal romance that is just charming and that is all I am going to say until it is out in e-book. 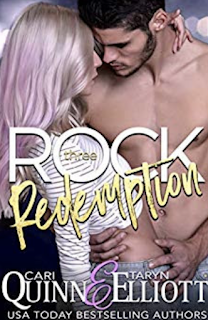 4.5 stars Cari Quinn and Taryn Elliot have a knack for pumping out stellar rock star romances.  You'd think given the number of books under their belts that they would be running out of idea, but no, they are still as entertaining as ever.  Rock Redemption  is the 3rd book in their Rock Revenge trilogy.  It is an amazing conclusion to Ian and Zoe's story and I loved getting to see some of my favorite characters (Simon, Margo, Nicky, Lila and even Flynn) from books in their other series.  My emotions were all over the place with this one!


Synopsis:
I lost everything.Stripped of all I'd found, now even my name is a scar.A reminder of how far I've fallen and what was ripped away.By my own devices, if not my own hand.My music is all I have left, and the memories of the only woman I ever truly loved.Zoe, who owns my heart.I'll do anything to earn her forgiveness. Even lay myself bare.And I want my brother back.Finally, I have a family, if they'll have me. A real life beyond the trappings of fame.I'll do whatever it takes. Even start all over again.But not all the demons of the past have been laid to rest. Now my final reckoning is at hand.And those I love most may get caught in the crossfire.Author's Note: Find redemption with Ian Kagan, our new rockstar anti-hero in the conclusion of our super hot, romantic suspense trilogy, Rock Revenge. The trilogy occurs in the Oblivion world though it can be read on its own. Rock Redemption is a full-length novel with a HEA.★-★-★-★-★-★ 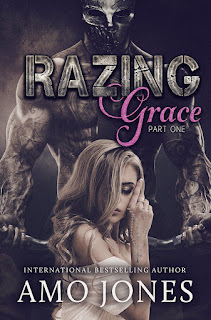 4 stars I always love a good dark romance and Amo Jones never disappoints.  The Razing Grace duet is a part of her The Devil's Own series, but can be read as a standalone.  This is a pretty dark romance with a lot of violence, action, a very alpha male, and a strong heroine.  It does end on a cliffhanger with Part 2 available now.  Official Anna's Bookshelf Review coming soon...

I am halfway through Razing Grace Part 2, but I kept getting interrupted so I am hoping to finish reading it this weekend.

Synopsis:
I was light, and I was pure. Until I wasn’t.

Millie
I’m Millie Hart, and for as long as I can remember, I’ve dedicated my life to my Catholic faith. It was a part of me every step of the way. So when I decided to join a nunnery, no one in my family was surprised. I’m not sure at what point my life changed or where it went extremely wrong. My nightmares are becoming realities as my world starts to slowly tremble under the ground I’m presently shackled to. I was taken. Everything I thought I knew was about to rain down on me in drops of lies, deceit, and undiluted evil.
Tripp/Raze
I’m more machine than man. I’m the alpha and the omega of The Army, and the leader of The 6 masked huntsmen. I live and bleed this life. The arms that raised me weren’t carrying love— they were carrying knives and AKAs. I’m agent 000, the executioner, and the damn devil who walks in the flesh. No one can break through my hard shell— not even her. 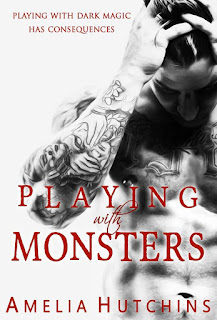 4 Stars This is actually my second time reading Playing with Monsters.  I read it way back when it was first released and then re-read it because I just downloaded the 2nd book, Sleeping with Monsters. If you like a good paranormal romantic suspense, then you will enjoy this book.  Be forewarned that there is a lot of sex in this book.  There is action, intrigue, a bit of an enemies-to-lovers theme, a wonderful world building.  It moves at a fast pace and the cliffhanger propelled me to move on to Book 2, which I hope to get to this week. *Warning: there is a rape scene and some light BDSM elements in this book.  Official Anna's Bookshelf Review coming soon...

My coven has remained hidden in the shadows for centuries. We’ve avoided the ‘real world’ altogether; hiding from monsters and other creatures we share this planet with. We found protection in the Colville National Forest, nestled in a town protected by magical barriers. Our powers are locked by an ancient curse, one meant to protect us from being found. Until now. The past has a way of repeating itself. A new game is beginning. No one is safe. He’s coming for me. He’s hunting. The monster we’ve run from for centuries has found us. How far will this deadly game go? How far will I be able to take it, or will he destroy me and everything I care about? Will the one thing I can’t live without, be the key to destroying and undoing the past? Or will the past destroy me before I can save the people I love from what I’ve done.

There are several good books coming out in the next few weeks - just in time for the holidays!  Sunday, December 2, 2018 Christmas with a Rock Star will be released and features rock star romances from some of my favorite authors.  In mid-December, Amy J. Hearts's Tempting Ivy, Tara Leigh's Rock Rebel, Randi Cooley Wilson's If,  Jaine Diamond's Dirty Like Zane will be out.