New Release: ACHE FOR YOU by J.T. Geissinger (review) 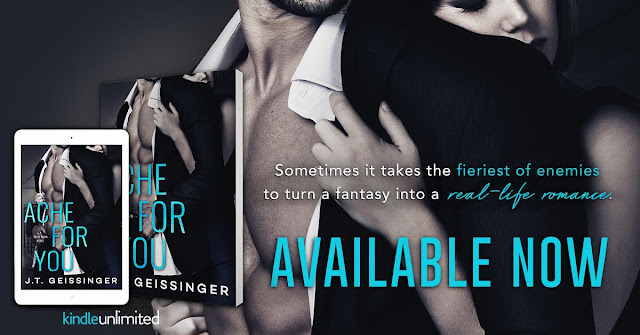 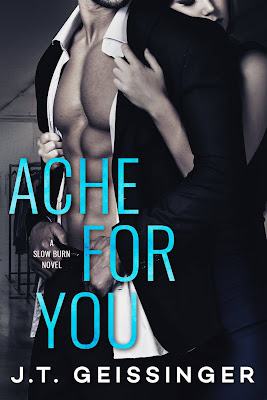 
In this fairy tale with a sexy twist, she’s a penniless San Francisco seamstress. He’s the king of Italian couture.
Who’s got designs on whom?

Ache For You, an all-new steamy standalone in the Slow Burn Series from J.T. Geissinger is LIVE!


Boutique owner Kimber DiSanto has seen better days. She’s been dumped at the altar by Prince Charmless, her business went up in flames (literally), and now she’s stuck in Florence, Italy, with an ice-queen stepmother, to try to save her late father’s failing dress shop. Only one thing could make it worse: another man in her life. The arrogant Italian fashion tycoon offering to buy her father’s shop is as rich as he is sexy, and their attraction is off the charts. But Kimber’s not about to get burned again.
Women don’t say no to Matteo Moretti—and certainly not with Kimber’s stinging precision. With all the heat and fury sparking between them, Matteo can’t resist baiting the gorgeous American. His plan? Win her over one scorching kiss at a time.
Kimber tells herself it’s all just a game. That her broken heart isn’t in danger, and that Matteo’s touch does not make her Lady Land dance with joy. But sometimes it takes the fieriest of enemies to turn a fantasy into a real-life romance. 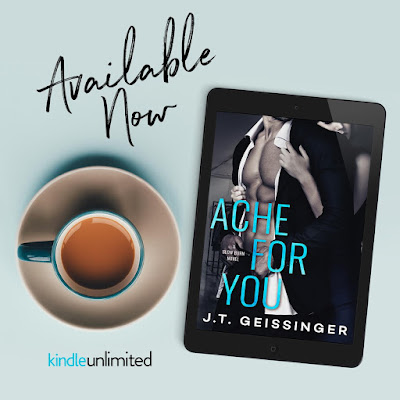 Review:
4.5 stars  I have been looking forward to this book for months and the author did not disappoint.  While this is book 3, Ache For You can be read as a complete standalone.  I would consider this an enemies-to-lovers novel with a lot of humor.  I know that the description of the book sounds like a modern remake of Cinderella, but I would necessarily wouldn't call it that.  Yes, there are a few elements that are reminiscent of Cinderella's plight, but there are twists too.  Nonetheless, this was a very entertaining read.

Kimber is a strong-willed, stubborn heroine who has had a horrible few weeks.  I mean horrible.  She meets Matteo, a rich fashion designer, and she immediately takes a dislike to him.  Matteo, cocky and confident, is intrigued by her sharp tongue and strength.  I don't want to spoil anything, but let's just say their relationship is somewhat unconventional at first.

Told mostly from Kimber's POV, you do get a few chapters by Matteo and it was good to get insight into his actions and emotions.  Both characters are well developed.  I loved Matteo. Kimber, I had a little trouble with in the beginning (hence the 4.5 starts instead of 5).  She was extremely rude to him.  Yes, she had been through a lot, but it felt like she was taking it out on him when he wasn't always deserving of it.  That being said, I liked her more as the book progressed.  I do love enemies-to-lovers romances and it was fun to watch how their relationship progressed and the chemistry between them was hot.  The banter between them was hilarious.  The secondary characters were priceless - funny, entertaining, and in some ways, unexpected good guys.

I received this book as an ARC though Netgalley and I voluntarily leave this review.

Previous Books in The Series:

A former headhunter, J.T. Geissinger is the author of more than a dozen novels in contemporary romance, paranormal romance, and romantic suspense. She is the recipient of the Prism Award for Best First Book, the Golden Quill Award for Best Paranormal/Urban Fantasy, and is a two-time finalist for the RITA® Award from the Romance Writers of America®. Her work has also finaled in the Booksellers’ Best, National Readers’ Choice, and Daphne du Maurier Awards. Join her Facebook reader’s group, Geissinger’s Gang, to take part in weekly Wine Wednesday live chats and giveaways, find out more information about works in progress, have access to exclusive excerpts and contests, and get advance reader copies of her upcoming releases.