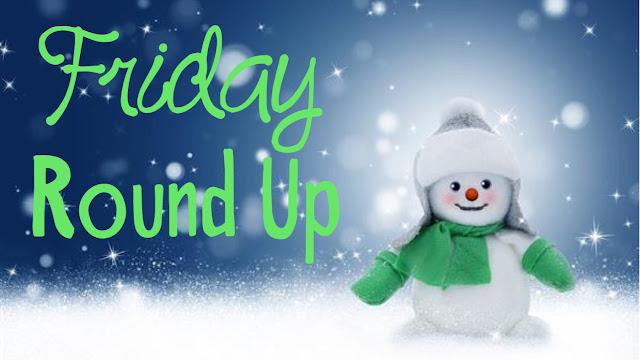 Happy Holidays!  My parents were visiting from St. Louis at the end of the last week which is why I missed last Friday's book round-up.  This week I have read 2 rockstar romances, an older woman - younger man romantic comedy, and an office second-chance romance - all amazing books by some of my favorite authors! 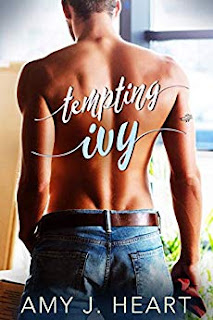 5 Stars I first discovered Amy J. Heart on Booksprout - a website where you can receive ARCs -  and I became obsessed with her writing.  She is the author of the dark, taboo love stories A Boy Called L and Lightening Boy (review links below) and I was thrilled when I discovered that she was coming out with a new book - Tempting Ivy .  This book is about Nico and takes place after her first 2 books in the Damaged Souls, Golden Hearts series, but this book is by no means dark.  It is humorous and of the older woman - younger man taboo romance genre.  I loved loved loved Nico.  Book boyfriend, anyone?  The words that would come out of his mouth had me practically snorting coffee out of my nose.

A cocky rocker. An older woman. Fated love was never meant to be easy.

My name is Nico, and I’m about to make a prophecy come true. Problem is, sweet Ivy doesn’t believe in fated mates or dating hot, young guys. What might people think of her?
Me? I don’t give a crap.
To say I’m confident is an understatement. Any woman I want is mine. But when the sexy artist looks at me with those big stormy eyes, dumb stuff pours out of my mouth. She thinks I’m too young, but I know I’m her man.
And now I’ve got a brand new hobby.
Touching her. Kissing her.
Pretty soon she’ll surrender because I’m tempting Ivy every damn chance I get.
Tempting Ivy is book 3 in the Damaged Souls Golden Hearts series and is a full length, standalone with a HEA. Nico appears in Lightning Boy, book 2, as Eden's friend. It's set five years earlier and doesn't need to be read first, but it is fun to see a cute, younger version of our hot rocker!
This is a tale about learning to take risks and overcome fear. It contains frequent strong language, sex scenes, and drug use. 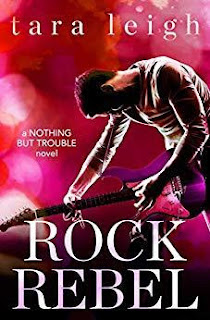 4.5 stars Rock Rebel is book 3 in Tara Leigh's Nothing by Trouble rockstar series.  It can be read as a standalone, but I do recommend reading the previous books as there is some character and storyline overlap.  I am always up for a good rockstar romance and I really liked this book.  Dax and Verity are wonderful characters with intriguing pasts.  I mentioned in my review that I was concerned that it would be predictable based off the blurb, but it was anything but that.  Tara Leigh is had a talent for weaving an engaging story with shocking revelations.  This author does a great, respectful job of touching upon hot topics such as the #metoo movement.

Synopsis:
He's a rock star with a secret; she's a pop princess with a painful past, can their forbidden romance survive, or will their lies destroy them both?

I've earned my bad reputation.
A few years ago, I was New York City's hottest classical music prodigy. But I wanted something else, something more. So I chased my real dream, and now... I'm rock royalty. Dax Hughes, lead guitarist of Nothing but Trouble. But to my family and former Juilliard classmates, I'm an outcast. A misfit. A rebel.

They're not entirely wrong. I don't give a damn what other people think, and I'm all for breaking the rules... except when it comes to our new opening act, Verity Moore.

It's not personal. Actually, under that fallen diva reputation, Verity's incredibly talented. And her fiery redheaded personality is... intriguing. But I'm convinced the skeletons in Verity's closet are as scandalous as my own, and when we're not sparring, she has a way of drawing out all those secrets I'm determined to keep hidden.

Yeah. Verity Moore is definitely off-limits . . .
But since when do I give a damn about the rules? 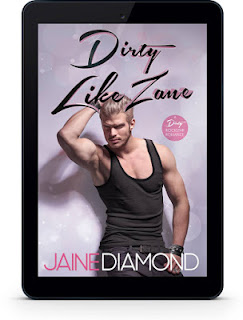 4 stars  The highly anticipated Dirty Like Zane by Jaine Diamond released early last week and it is the story that we had all been waiting for - Zane and Maggie!  One may think from the previous books that Zane is the typical playboy rockstar, but the author reveals that he is much more than that.  True, he is lead singer of Dirty that can melt the panties off a woman of any age, but he also has many layers and underlying vulnerability.  Maggie is the hardcore assistant manager, but it was fun to see that she became a hot mess when it came to Zane.  While this can be read as a standalone, I highly recommend at least reading the novella,  Dirty Like Us, which is FREE on Jain Diamonds website (link below).

They got married in Vegas, in secret.
Except they weren’t really in love.
Or were they…?

The highly-anticipated conclusion to Zane and Maggie’s white-hot love story is coming!
Dirty Like Zane is the sixth full-length novel in the Dirty series—a rockstar romance series about the members of the rock band Dirty and the women and men who love them.
Novels in the Dirty series are interconnected standalones, each with an HEA; other books (novella/story collection) are not HEA, but are essential pieces of the overall story arcs. (There are ongoing storylines that develop throughout the series; reading them in order is not crucial but is HIGHLY recommended.) 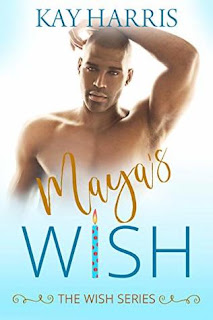 4 stars I really need to get my blog post up on this book - Maya's Wish by Kay Harris.  I know that y'all have heard me go on and on about this author's Love on Tour series, but she is also the author of the I Love Morrison series and the newer Wish series.  Maya's Wish is book 2 in her wish series and it can be read as a standalone.  I had the great pleasure of being a beta reader for this book and I loved seeing the final product.  This is a great second chance, office romance.  Maya is a strong independent character and the type of woman that I would love to be friends with.  Everett is the sexy boss who realizes the mistake he made years ago and wants to win Maya back and earn her trust.

Maya McDonald makes a wish on her twenty-ninth birthday to finally be free of her day job at the candle factory. Not only does she hate the work, but the company’s owner is the man who broke her heart seven years ago. Making it on her own as an artist is her number one goal. Number two on her list is avoiding Everett Evans. Everett never forgot the way Maya rocked his world. But any chance he had with her seven years ago died when he got engaged. Now he has no fiancée, but he can’t seem to get Maya to give him anything more than her timesheet. With the help of audacious family and friends, Everett will set out to convince Maya to give him a second chance to make both their wishes come true. This book is part of a series but can be read as a stand-alone. Trigger Warning: Discussions of bullying of a LGBTQ character.