Limited Collectible: Christmas with a Rock Star - Review of Paradise in Oblivion 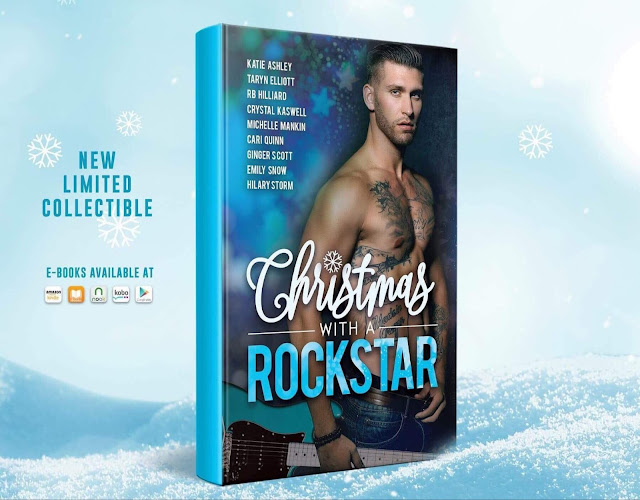 ❄️ The Gift: A Runaway Train Christmas
by Katie Ashley

❄️ Paradise in Oblivion
by Taryn Elliott and Cari Quinn 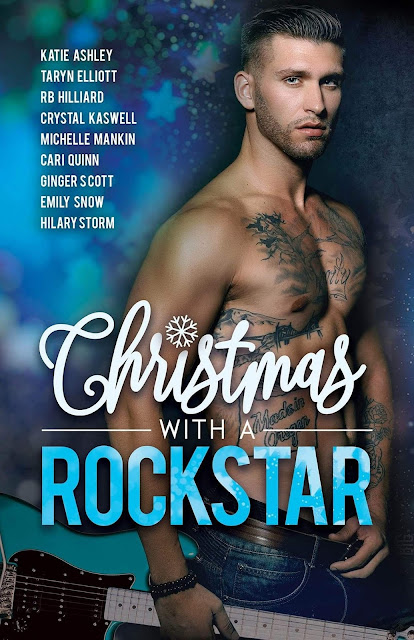 Which means an island holiday is just what the doctor ordered.

Assuming the forecasted tropical storm passes them by.

And if Simon and Margo, Nick and Lila, and Ian and Zoe don’t throw down over the Christmas guacamole.

Oh, and if Margo doesn’t go into labor. Who knew sex can push a woman into giving birth? (Spoiler: almost everyone but Simon.)

Add in a surprise announcement from Ian and Zoe and an unexpected arrival and this holiday will go down in the Oblivion record books as extra jolly.

Author’s note: Paradise in Oblivion is an 18K after-the-HEA novella and contains spoilers for those who haven’t yet read the Rock Revenge trilogy.

Review (Paradise in Oblivion only):

4 stars Paradise in Oblivion takes place after the Rock Revenge trilogy so I do recommend reading those books first to avoid spoilers.  This short story is full of humor and happiness as Ian and Zoe, Simon and a very pregnant Margo, and Nick and Lila all travel to a tropical island to celebrate the holidays.  I enjoyed getting to read chapters from all of the character’s POV as they all have their unique personalities and ways of viewing life. It was fun to experience all of Nick’s usual snark and sarcasm, which we didn’t see much of in the Rock Revenge trilogy.  That goofball makes me laugh!   Simon was entertaining in his cluelessness and panicked state of impending fatherhood while Ian was still insanely in-love with Zoe with grand plans for their future together.  I love how all those hard core rocker boys have that soft spot and vulnerability towards the strong women that they love. I really enjoyed the book - it was fast paced, sweet, entertaining, and had me chuckling frequently.  I do wish, however, that the other members of Oblivion were in part of it.  I received this book for free and I voluntarily leave this review. 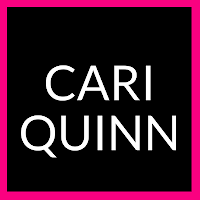 USA Today bestselling author Cari Quinn (who is also half of bestselling author Taryn Quinn) grew up wanting to be a singer more than anything else. When she realized she probably wouldn’t be hired as the opening act for the Foo Fighters, she stopped singing and started writing. Now she happily writes about rock stars, MMA fighters, suited heroes, bodyguards and everything in between. And she blasts her music as loud as the neighbors can stand, because hey, she’ll always be a rock star in her own head.
Connect with Cari Quinn:
Facebook:  https://www.facebook.com/CariQuinnAuthor/
Twitter: https://twitter.com/cariquinn
Facebook Group: Word Wenches Reader's Group 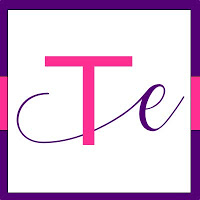 I'm USA Today Bestselling author Taryn Elliott. I'm a music freak who loves everything about telling stories. I have way too many ideas rattling around in my head, but music almost always ends up in the story somehow. I'm very lucky to have a job that allows me to slip into the shoes of musicians, actors, business women, tycoons, bodyguards, chefs, bakers, carpenters, inventors, bartenders, wine makers, artists, and so many more characters to come. Talk about living the dream.Oh, and I write 85% of this with my bestie and writing partner, Cari Quinn. We also write super sexy paranormal romance and erotic romance under Taryn Quinn.
Enough about me...go read about one of my hot guys. They're far more interesting.
Connect with Taryn Elliott:
Website: http://www.tarynelliott.com
Facebook:  https://www.facebook.com/TarynElliottAuthor/
Twitter:  https://twitter.com/TarynElliottFic
Facebook Group: Word Wenches Reader's Group