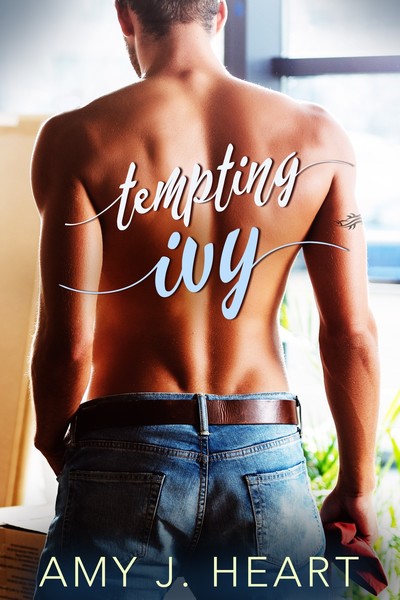 Synopsis:
A cocky rock star.  An older woman. Fated love was never meant to be easy.

My name is Nico, and I’m about to make a prophecy come true. Problem is, sweet Ivy doesn’t believe in fated mates or dating hot, young guys. What might people think of her?
Me? I don’t give a crap.


To say I’m confident is an understatement. Any woman I want is mine. But when the sexy artist looks at me with those big stormy eyes, dumb stuff pours out of my mouth. She thinks I’m too young, but I know I’m her man.

And now I’ve got a brand new hobby.

Pretty soon she’ll surrender, too, because I’m tempting Ivy every damn chance I get.
*Notes from Anna:  Tempting Ivy takes place after L and Eden's story (A Boy Called L and Lightening Boy).  It can be read as a standalone.  Also, unlike the previous 2 books in this series, Tempting Ivy is not a dark romance, but rather a much more light-hearted taboo older woman-younger  man novel.
Purchase this Book:
Amazon: https://amzn.to/2QCtAhq 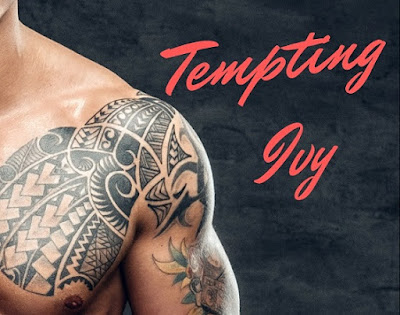 Review:
5 stars Temping Ivy takes place after A Boy Called L and Lightening Boy, but it can be read as a standalone.  The previous two books had more of a darker theme, but Tempting Ivy is much more light-hearted with lots of humor and sarcasm interspersed throughout the book.  It is still considered a taboo romance as the heroine, Ivy, is 10 years older than Nico.   The prologue sucked me right in from the beginning and then I couldn’t put the book down. Amy J. Heart has such a wonderful writing style and the ability to come up with unique storylines and likable characters.

I loved Nico from Lightening Boy and so I was thrilled that he got his own book and got to learn more about him. I consider him to be a strong, entertaining character. His swagger, confidence, and persistence drew me to him and then his vulnerability when it came to Ivy made him seem more real. He has these funny random facts that he just blurts out that had me laughing so hard.  Ivy was an interesting, well-developed character as well.  I can imagine myself feeling the same hesitancy to start a relationship with someone so much younger.  It is amazing how a woman can date an older man and most people don’t bat an eye, but if the opposite occurs, it is frowned upon. I really liked her as a heroine, but there were a few times that I wanted to knock some sense into her as she made certain assumptions about Nico.  I loved loved loved Nico’s mom, Zsophia as she is such a hoot and reminds me a bit of my MIL who is from Croatia.  That woman had me in stitches!  I enjoyed getting to see L and Eden towards the end.  Mia and South are great additions to the book and I would love for both of them to get their own books.  I received this book as an ARC and I voluntarily leave this review.

Other Books by Amy J Heart:

Amy J. Heart - author of dark, spicy contemporary romance novels.  Australian author who adores golden hearted girls and broken boys finding redemption together.  Nothing thrills her more than the moment when love slips the key into a locked-tight heart and breaks it wide open.  And a heft dose of grit and steam's pretty good too. She loves indie music, mad hair colors, nuclear strength coffee, Siamese cats, and long-hair boys.  And not in that order!