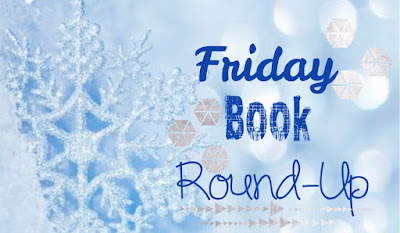 It has been a great week for reading and several new books were released this week!  As usual, I had my weekly rockstar romance, 2 dark romances, and two YA/NA novels 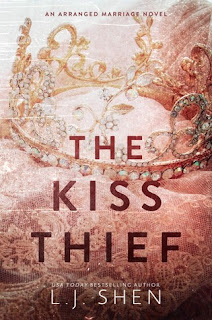 4 stars  L.J. Shen's The Kiss Thief is a dark romance with a bit of a mafia theme.  Francesca is the 19 year-old sheltered daughter of a crime lord who ends up being torn from her love and forced into a marriage with the cold and sometimes cruel Wolfe, as senator out for revenge.  True to this author's previous enemies-to-lovers, the heroine is strong and resilient while the anti-hero is an arrogant, alpha, and calculating male - an antihero that you hate to love. I thoroughly enjoyed watching how their relationship unfolded.  While I enjoyed this book, it isn't my favorite by this author (no one can beat Vicious! and read my full review as to why).  Still, it was a well-written good book with a great plot and if you enjoyed this author's previous books, then you will definitely like The Kiss Thief.

Synopsis:
They say your first kiss should be earned.

Mine was stolen by a devil in a masquerade mask under the black Chicago sky.

They say the vows you take on your wedding day are sacred.

Mine were broken before we left church.

They say your heart only beats for one man.

Mine split and bled for two rivals who fought for it until the bitter end.

I was promised to Angelo Bandini, the heir to one of the most powerful families in the Chicago Outfit.

Then taken by Senator Wolfe Keaton, who held my father’s sins over his head to force me into marriage.

They say that all great love stories have a happy ending.

I, Francesca Rossi, found myself erasing and rewriting mine until the very last chapter.

And somewhere between these two men, I had to find my forever. 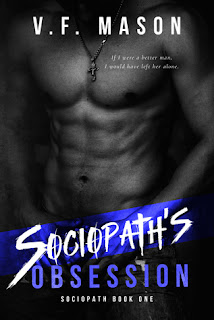 4.5 stars I seem to be on a V.F. Mason kick lately.  Ever since reading both Micaden's Madness and Lachlan's Protege, I've been curious about Sociopath.  I mean, who goes by the name of Sociopath, right?  Anyway, Sociopath's Obsession is the first book in a duet.  He is one of those anti-heroes that you hate to love.  He is dark, cold, and yet protective.  Sapphire is a strong heroine.  There is action, suspense, steamy scenes, as well as twists and turns.

Life, as I knew it, was over one year ago.
I lost my family, my home and any support that came with it.
Living in a crappy apartment with my roommate and working two jobs was not how I envisioned my future.
However, that was one of the things my family had taught me.
Dreams and illusions held no power in the real world.
All this was worth it though as long as I knew I was safe.
Until he showed up, shattering any peace I had.

Violence towards those who wronged me was my only salvation and revenge.
Nothing brought me greater pleasure than the pain and suffering I inflicted on my victims.
Until I met her.
She became my obsession.
Sapphire.
My Sapphire.
If I were a better man, I would have left her alone and never made her part of my life.
But I was a monster.
And monsters didn't have hearts. 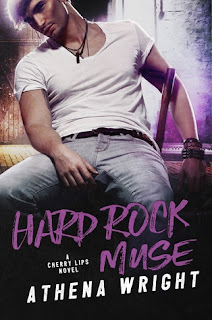 4.5 stars.  Hard Rock Muse is Julian's story, a character that I have been curious about since the beginning of the Cherry Lips series.  This book can be read as a standalone, but I do recommend the previous 2 books.  I don't want to give anything away, but I identified with Everly so much when it came to Keith. I loved Julian even though he isn't my usual type of hero.  Athena Wright weaves amazing stories with a great plot, likable and well developed characters, and tackles a deep subject with respect.

Julian Woods is an emotionally repressed rock star. I'm the woman he left heartbroken and betrayed.
After years of hard work, after sacrificing everything to hit it big, Julian walked out on me. He walked out on our band. He walked away from everything we’d worked so hard to achieve.
He left me vulnerable. He left me defenseless. He left me to be preyed upon by those with malicious, deceitful motives.
Now, years later, after being blackballed from the music industry, I’m desperate for a fresh start. I’ll take any job that gets my foot back in the door.
Even if that means accepting a songwriting gig with the smoldering, secretive man who shattered my heart.
----
Hard Rock Muse is the third book in the Cherry Lips rock star romance series, and the 12th book in Athena Wright's Hard Rock 'verse. 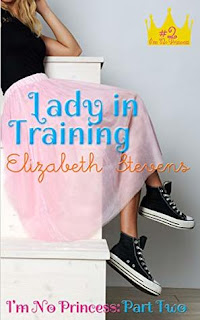 4 stars Lady in Training is novella #2 in young adult author, Elizabeth Stevens, I'm No Princess series (4 novellas total).  As with all her books, the characters are likable and the storyline is charming.  There is humor, a budding romance (but with which prince?), and the usual snarky upper class girls.

Synopsis:
One incompetent lady.
Three holiday parties.
A whole lot of mistakes ready to be made. Christmas and New Year’s is a busy time for Gallyrian Royalty and I have to play my part. According to the media, that part is now Prince Playboy Nico’s girlfriend. Uh, no thanks. Thank God Kostin steps in to save me. Until the media decide I was brought home to marry him instead. Or, was it Nico after all? How am I mean to survive a romantic wintery holiday season while everyone’s talking about my impending engagement to two different guys? Especially when I can’t even keep my footing on a flat surface. The second in the four-part I'm No Princess novella series.
Part One: Now Presenting
Part Two: Lady in Training
Part Three: Three of a Kind
Part Four: Some Proposal

Please be aware that this story uses Australian English spelling and syntax. 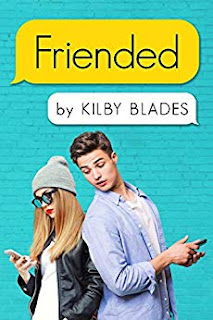 3 stars The storyline for this book was absolutely adorable.  It brings to light how much teenagers are obsessed with social media and how it can lead to an in-person relationship.  The book reminded me back when I used to wait by the phone for a boy to call (yes, I just dated myself).  While the characters were likable and definitely acted there age, it just didn't do it for me (you can read my review for me details on why)  I think that, while I enjoy some YA/NA novels, it was a bit juvenile. Yes, I know it is a YA novel!  If I was in high school, I would LOVE this book and I could definitely see it becoming a hit movie. So if you have a teenager who likes to read. . .

Synopsis:
Compared to life on tour with her wannabe rock star mother, finishing high school in the dull town of Rye is a snooze. At least Roxy has her best friend, Zoë, her doting dad, and her music. When her standoffish Civics class partner, Jagger, breaks rank and randomly friends her on Instagram, Roxy’s sure that it must be a joke.Jag Monroe is Roxy's total opposite: stinking rich, conceited, and hot in that obvious kind of way. Resolved to avoid trouble, Roxy declines his request. But when Jag ignores Roxy as usual in civics class that week, then friends her again on Friday, Zoë does the unthinkable: snatches Roxy's phone, accepts his request, and follows him back.As the posts (and sparks) fly, Roxy begins to suspect that Jag may not be as shallow as everyone thinks, and that he may be into more than just her music.