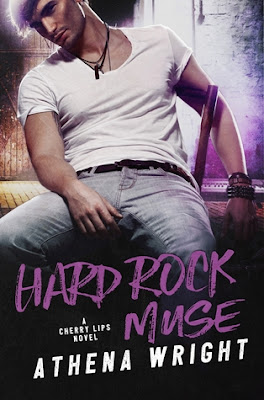 Julian Woods is an emotionally repressed rock star. I'm the woman he left heartbroken and betrayed.
After years of hard work, after sacrificing everything to hit it big, Julian walked out on me. He walked out on our band. He walked away from everything we’d worked so hard to achieve.
He left me vulnerable. He left me defenseless. He left me to be preyed upon by those with malicious, deceitful motives.
Now, years later, after being blackballed from the music industry, I’m desperate for a fresh start. I’ll take any job that gets my foot back in the door.
Even if that means accepting a songwriting gig with the smoldering, secretive man who shattered my heart.
----
Hard Rock Muse is the third book in the Cherry Lips rock star romance series, and the 12th book in Athena Wright's Hard Rock 'verse. 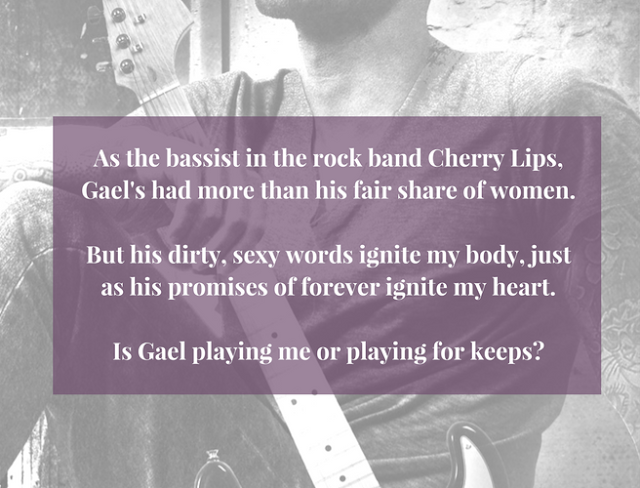 Review:
4.5 stars Hard Rock Muse is an entertaining, sweet, second chance romance. In this book, words have meaning as do actions.  What one cannot communicate in words can be just as strongly revealed through music and actions.  And that words, are not always kind and true, but can also be a form of manipulation and abuse.  Hard Rock Muse is the third book in the Cherry Lips rock star romance series and while it can be read as a standalone, there is some character overlap.

Everly has had it tough.  Her hopes, dreams, and heart were crushed along with her future career path.  Desperate for a job and to get back into the industry, she agrees to work with her former lover and former bandmate, Julian. Many times my heart broke for her.  She is very likable character who found her young naive self sucked into the music industry and later spit out as a different person.  She survived, but only after losing and then finding herself again.  I don’t want to give anything away, but this book hit me hard as I could really identify with Everly.

Oh how I loved Julian! The keyboardist for Cherry Lips, is emotionally closed off and has difficulty expressing his feelings with words.  While I am more like Everly and prefer to hear the words, it is evident through his actions just how much he cares for her.  I wouldn’t exactly call Julian an alpha hero and while I usually go for those types of characters, I couldn’t help but love him. He is strong, but also has a vulnerability to him as well as a big heart. He may be my new book boyfriend!

Hard Rock Muse is told entirely from Everly’s POV.  I do, however, wish we could have gotten a few glimpses into Julian’s mind.  Nonetheless, I loved the book.  Both Everly and Julian have explosive chemistry and I loved the chapter about them reminiscing on how they met.  You cannot help, but want them to get their HEA.  I also liked the secondary characters - the other Cherry Lips band members (esp. Seth!) as well as Everly’s younger sister, Abby. As always, this author weaves a great story with likable character who are well developed.  She continues to tackle some difficult topics in such a way that is informative, respectful, and touches your heart.  It is evident she does her research while writing her books. I am really looking forward to the next book in this amazing series! I received this book as an ARC and I voluntarily leave this review. 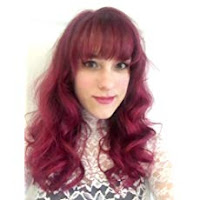 Athena Wright is a USA Today Bestselling author of New Adult Fiction and Contemporary Romance. She loves to write about rock stars and the girls who tame their wild hearts. Hobbies include procrastination, wasting time on the internet and living out her rock star dreams at karaoke bars. Athena is perpetually on the hunt for her next caffeine fix.
Stay Connected: