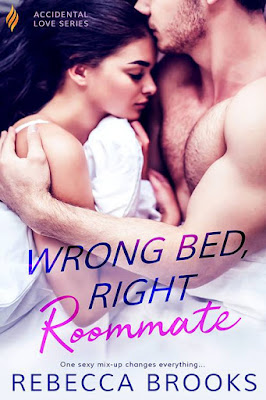 *can be read as a standalone* 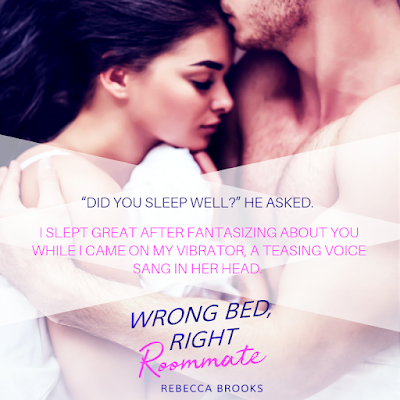 
It’s not every day you wake up to a stranger getting into your bed.
Only, he isn’t a stranger at all, he’s my best friend’s hot older brother…and apparently my new roommate.
Having him in my space, driving me crazy, isn’t a problem at all. Nope.
All I need to do is keep control of the situation…
But that’s easier said than done.
Shawn Lassiter is the kind of distraction I don’t need.
First he accidentally gets into my bed, half-naked, the night before my first day at my new job.

Hello, muscles and tattoos!
Then he’s there, in nothing but a towel, making me coffee in the morning.
It’s more than any girl can resist. Right?
But Shawn is off-limits, even if his eyes are saying differently. 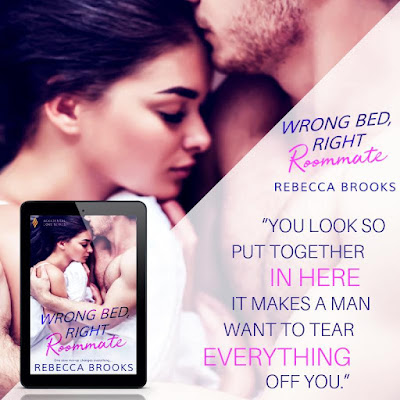 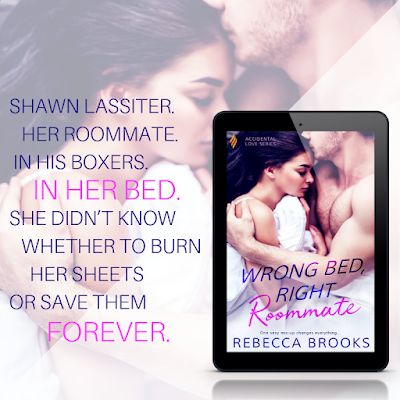 Review:
4 stars Wrong Bed, Right Roommate is a sexy standalone best friend’s older brother / roommate romance.  Jessie is an introverted bookworm who is dedicated to being successful at her new job .  Shawn, Jessie’s best friend’s older brother, was known as the good-looking, popular baseball player at high school who never took notice of Jessie.  Circumstances led to him being her temporary roommate.

I like how the two are opposites and yet they gravitate towards each other.  I also liked how Shawn owns up to his faults at the beginning of the book and meets them head on - striving towards maturity, trying to prove himself at a new job, and avoiding the playboy lifestyle.  Jessie, I liked her as a heroine, but sometimes annoyed me during the first quarter fo the book because she jumped to conclusions and was so quick to assume that Shawn couldn’t possibly have changed over the years.

While this book was predictable, I still found it to be an enjoyable read  I received this book for free and I voluntarily leave this review. 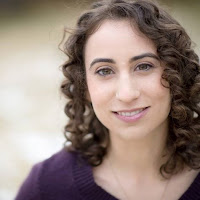 Rebecca Brooks lives in New York City in an apartment filled with books. She received a PhD in English but decided it was more fun to write books than write about them.
She has backpacked alone through India and Brazil, traveled by cargo boat down the Amazon River, climbed Mt. Kilimanjaro, explored ice caves in Peru, trekked to the source of the Ganges, and sunbathed in Burma, but she always likes coming home to a cold beer and her hot husband in the Bronx.
She likes outdoorsy guys with both muscle and heart and independent women ready to try something new.