Today we have the release blitz for Cora Reilly’s Only Work, No Play! Check it out and be sure to grab your copy today!! Title: Only Work, No Play


About Only Work, No Play:

After two years of taking care of her heartbroken father, Evie needs a new start. Leaving the States and following her sister to Australia to work as the personal assistant of rugby star Xavier – The Beast – Stevens seems like the right kind of distraction. Tall, muscled and devilishly handsome, Xavier is the lov’ em and leav’ em kind of guy. He never forgets a girl’s name because he never bothers to remember it in the first place.   Evie soon realizes that being Xavier’s assistant is a 24/7 job; the man seems unwilling to even set an alarm for himself.   As she watches him move from one woman to the next, Evie is glad that her heart is safe from his attention. After all, she’s a far cry from the size zero models he usually takes to his bed.   But soon being around Xavier doesn’t feel like a job, and seeing him walk around his apartment half naked all the time isn’t helping either. Evie knows that giving in to her attraction will lead to heartbreak, but when Xavier starts treating her as more than just his assistant, resisting his charms seems like an impossible task.

Get Your Copy Today: 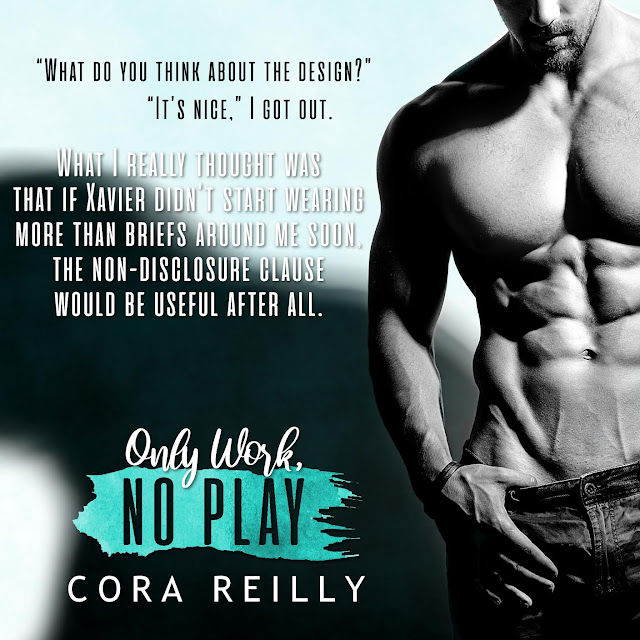 “Oh this is my favorite,” Xavier shouted, then laughed. I perched on a stool, my elbows propped up on the kitchen island, as I snuck one bite of avocado and chicken into my mouth after the other, and almost choked to death when Xavier came into view. This model wasn’t a trunk. It was a slip, and even that term didn’t do the thing justice. The bright purple fabric didn’t cover much. I coughed. Xavier’s grin grew, and then he turned around, and I was fairly sure my legs would have given way if I hadn’t been sitting. It was some sort of thong that revealed Xavier’s perfectly shaped butt, with two strange strings under his ass cheeks. He turned back to me. “What do you think?” Not much. Any sane thought had fled my mind. My head was moments from raising a fire alarm. I sat up slowly, trying to form an articulate reply despite Xavier’s grin. “What is that?” “A jockstrap. Have you never seen one?” “Until you I wasn’t around jocks all that much,” I muttered, trying very hard not to look at how the jock thingy accentuated Xavier’s thing. But it was really really difficult not to risk the occasional peek because that man wasn’t only ripped, he also had every reason to be cocky as far as I could tell. Xavier was enjoying this far too much. I bet he wouldn’t have tried on every single piece of clothing if it wasn’t for my reaction. “Yay or nay, Evie?” “To be honest, I think ninety-nine-point-nine percent of the male population shouldn’t even be thinking of wearing something like that.” Xavier strolled over to me. Did this man not have any kind of shame? “But I should?” “God no,” I said, forcing my gaze to rest firmly on his annoyingly cocky face. Of course, the reason why Xavier shouldn’t be wearing a jock strap was an entirely different one. It was to preserve the last shreds of my sanity because seeing him in his Calvin Kleins was already bad, but this? “Why not? Share your thoughts with me.” He crossed his arms over his chest. “I don’t think it’s very manly if guys wear thongs.” What I really thought was that if Xavier didn’t start wearing more than briefs around me soon, the non-disclosure clause would be useful after all. “Sure. That’s why,” Xavier said, then turned to head back upstairs. I wasn’t sure, but I thought he flexed his butt cheeks to give me an additional show. “Only one more,” he informed me a couple of minutes later. “If it’s got less fabric than the last, I’m out, Xavier. I warn you,” I called up. 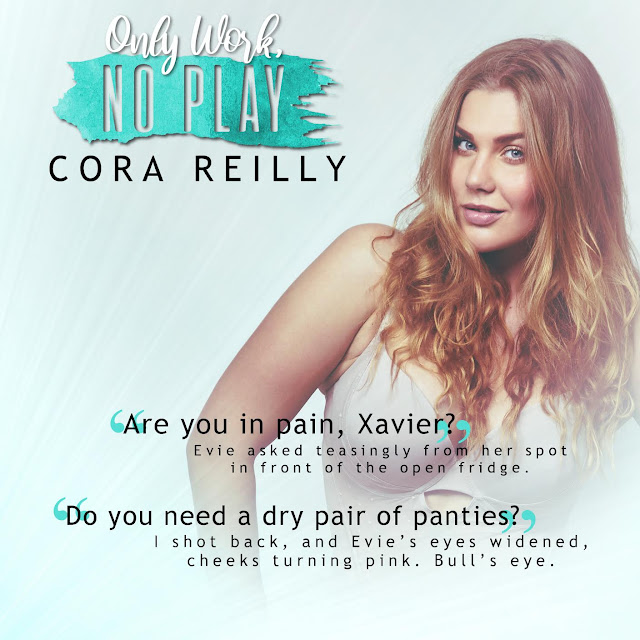 4 stars  Only Work, No Play is a fun, sexy, standalone sports romance.  Xavier is the typical sex celebrity sports star who goes through women like kleenex.  At first I wasn’t sure that I would like him because what grown man needs someone needs someone to wake him up in the morning when one can easily set an alarm? However, this sexy rugby won me over almost immediately. While he portrays himself to be the playboy rugby player, he does have a hidden depth to him.  He is humorous and sweet to Evie, a loyal son/brother and we get to see a bit of vulnerability as we learn about his past.  I loved Evie as she was a kind-hearted, spunky self-sufficient heroine that doesn’t put up with Xavier’s shenanigans.  She was so easy to relate to. She was insecure when it came to her looks as she constantly compared herself to her size 0 twin sister and all Xavier’s conquests - I think that is something that we have all struggled with at some point in time. The two of them made a great couple - you could feel the sexual tension between them and I enjoyed the slow-burn romance between them.  This book was relatively light-hearted with a fair bit of humor and not  a lot of angst.  I really enjoyed Only Work, No Play as the storyline was good; the main characters were likable and well developed; the book moved at a good pace; and also because it was written from a dual POV (I do love getting a look into the minds of both main characters - esp Xavier’s).  This is my first book by this author and I definitely plan on reading more of her books.  I received this book as an ARC and I voluntarily leave this review.

Cora Reilly is the author of the Born in Blood Mafia Series, The Camorra Chronicles and many other books, most of them featuring dangerously sexy bad boys. Before she found her passion in romance books, she was a  traditionally published author of young adult literature. Cora lives in Germany with a cute but crazy Bearded Collie, as well as the cute but crazy man at her side. When she doesn't spend her days dreaming up sexy books, she plans her next travel adventure or cooks too spicy dishes from all over the world. Despite her law degree, Cora prefers to talk books to laws any day.