Happy Friday!  What's on your bookshelf? 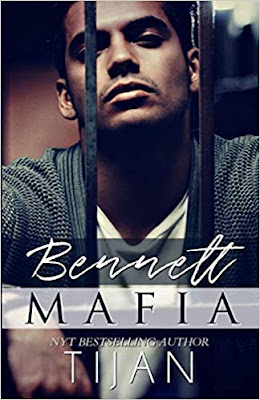 5 stars Bennett Mafia may be my favorite Tijan book to date. If you love a good mafia romance with a sexy alpha male and a strong heroine, then you will enjoy this amazing book. There is a bit of drama, lots of steamy scenes, and suspense as well as twists and turns.

There were always whispers about my roommate at Hillcrest Academy.
The wealthiest of the wealthy sent their kids to our boarding school, and Brooke Bennett had been at the top, though I never quite knew why. She was fun and outgoing, but she kept quiet about her family. The only things she showed me were photographs of her brothers.
I became fascinated with her second-oldest brother. Kai Bennett.
He was the most of them all. Smoldering. Hypnotic. Alluring.
Kai had eyes that pulled me in and a face that haunted my dreams.
Then I met him.
He came to our school with their father, and that's when I learned what kind of family Brooke came from. They were mafia, and Brooke's oldest brother was dead. Her father said accident, but Brooke said murder.
Three months later, her father died, and Kai became the head of the Bennett Family. Brooke left Hillcrest for good, and that was the last time I saw her.
Fourteen years later, I'm staring at her face on the television. Brooke is missing.
Two days later, Kai Bennett kidnaps me. 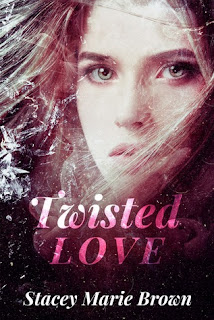 4.5 stars Twisted Love is book 3 in Stacey Marie Brown's Shattered Love Series.  This is Stevie's story.  I  recommend that you read Shattered Love and Broken Love before this book so as to avoid spoilers.  This book is an emotional rollercoaster.  There were times that I was laughing and then times that I was ugly crying.  This author's has a beautiful way of writing a story that will make you feel for the characters - characters who are strong, but have flaws.

Synopsis:
*This book is 3rd in the Blinded Love Series. Recommended to read series from the beginning.Stevie Colvin’s rules are simple. Don’t bother to learn anyone’s names. (Why bother if they won’t be around tomorrow?) Keep things light and fun.Be an equal opportunist to all sexes.And no one becomes long term. No relationships and none of those pesky things like feelings can enter. Especially with a sexy supercross rider, who is as much a player as she is.From the moment she met Christopher Singer, he seemed to get under her skin like no one else could and made her feel things she hadn’t in a long time. Something she will not allow. Only one person has gotten past Stevie’s layers. But even Jaymerson doesn’t know the full truth about the darkness and demons which haunt Stevie’s past…the ones she has pushed far down. She wants to ignore every detail of the devastating loss and horrifying night that almost took her life.When an incident brings Stevie and Chris back together in the same town, their past and present crash into a struggle of grief and horrendous tragedy.Stevie needs to decide: handle the pain and break every rule she has, which might shatter her for good or choose to protect herself and run from it all…*There is sexual content and some trigger-sensitive topics. 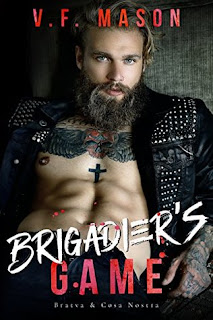 4 Stars Bridgander's Game is a standalone mafia romance that takes place in the Bratva and Cosa Nostra series.  I will be honest and tell you that I haven't read this series in order and I had no trouble following along in this book.  As with all of V.F. Mason's dark romances, I really enjoyed this book. I always love how she throws in twists and turns to keep one guessing.

Brigadier
The Bratva became my only salvation, saving me from the nightmares of the past.
They accepted me with open arms and introduced me to the brotherhood that stood by me through everything.
I gave my heart and soul to that gritty and dark world, never wanting more.
Until I met her, and then everything changed.
Victoria Kuznecova became mine.
But she was hiding something from me, placing us both on a dangerous path.
Because no one betrays the Bratva and lives.