New Release and Book Review: HER SECRET by Penelope Bloom 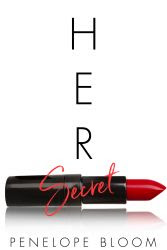 Synopsis:
I’ll admit it. I messed up. Mistake #1: Asking Peter Barnidge for a job.Mistake #2: Accepting his offer instead of throwing it in his face like I planned.Mistake #3: In the interest of stopping before #99, I’ll pretend my final mistake was withholding one, tiny little nugget of truth during my interview. I might have been so desperate to land the job that I glossed over a mostly irrelevant detail. I’m a single mom. Yes, he did specifically ask if I had kids and he did heavily imply that nobody with kids would survive the job. But what was I supposed to do? He was just looking for reasons to turn me down, and it wasn’t his business, anyway. Mostly not his business, at least.So I kept a secret. Big deal. The man is arrogant, obnoxious, and if he didn’t happen to be so ridiculously attractive, nobody would put up with him. Unfortunately, he happens to be very ridiculously attractive. He’s the kind of good looking that defies being described as just “cute” in the same way crab meat rangoons from Chinese places defy being described as just “alright”. Basically, any woman with a pair of ovaries to rub together would have a hard time thinking straight around him. Don’t get me wrong. I’m not making excuses to explain away my behavior, because I’ve done nothing wrong. Sure, I’ve let my mind wander a few times. What would he smell like if he was pinning me to the bed and rumbling some sweet nothings in my ear? Or what would it be like if he bent me over his desk at the office and gave me a quick little slap on the rear to let me know I was slacking? But hey, I’d also wondered what I’d do if I got in a fight with a grizzly bear, and it wasn’t like I was about to go into the forest with honey smeared on my chest.Besides, none of that matters to me. My daughter is the most important thing in my world, and so long as Peter Barnidge is an unrelenting, unapologetic bag of jerk, he has no place in her life. The business trip I’m taking with him next weekend isn’t going to change anything, either.

Purchase This Book:
Amazon
💋💋💋💋💋
Review:
4 stars Every time I get the chance to read a Penelope Bloom book, I get excited and settle in knowing that I will not be able to put it down.  The same happened with Her Secret.  This fast read falls into the Objects of Attraction series, but it can be read as a standalone.  I immediately found myself falling in love with Peter.  He is condescending and pretty much a jerk to Violet because he wants to scare her off as he suffered an inexcusable betrayal in his past.  For all of his growling, he has a soft side and does really care about people.  Violet is a fun heroine who is dedicated to making it in the marketing book publishing world and will do anything to help support her daughter.  She, too, was burned by her past and is leery of romantic relationships.  Both characters are very likable, well developed, and have great chemistry.  I loved seeing the characters from the other Objection of Attraction books in Her Secret - especially Lilith, William and Grammy.  Those three had me laughing so hard! One thing that I was expected, based off the other books, was a bit more humor.  I didn’t find myself nearly laughing (with a few snorts) as much as with His Banana, Her Cherry, His Treat, and Her Package which was what I was really expecting and a little disappointed about.  Nonetheless, this is an enjoyable read as it is fast-paced with fun characters and if you liked the others in this series, then you will like Her Secret.  I am really hoping that Penelope Bloom continues to write books in this series as they never fail to put me in a good mood.  I received this book through Booksprout and I voluntarily leave this review.
💄💄💄💄💄

Other Books in Series: 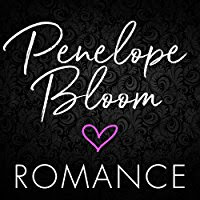 I'm so proud and extremely thankful to my readers for making me a USA Today Bestselling author and Amazon top 10 best selling author!

I stepped away from my job as a high school teacher to pursue my dream of writing in October of last year. Writing had always been my dream, but it took having my two beautiful daughters to push me to follow through with it. I wanted to be able to show my girls that nothing is impossible. No dream is too big. No matter what anyone tells them.

They just have to look at their mommy to see it. Being a positive example for my girls is worth all the late nights, doubts, and fears that come with being a writer. I wouldn't trade it for the world.

Whew! Look at me getting emotional over here. It's just an author bio, Penelope!