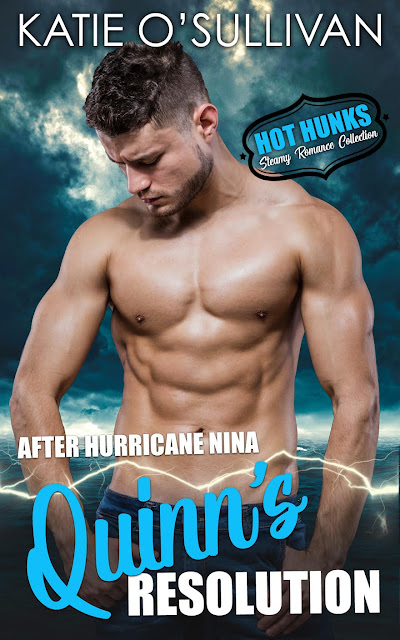 After he loses everything, can she help him find his way back to the music?

This is Quinn’s story. Resolution: To find his way back to the music.
Quinn MacDonald had it made. With a record label deal and their first single skyrocketing up the charts, his indie punk band is finally getting a taste of rock and roll fame. Bikini-clad women and bottomless bottles of booze fill endless days… until their hotel collapses during a hurricane. He’s still under contract but as far as he’s concerned, the music died along with the rest of his band.
Life has never been easy for Phoebe Snow. Working three minimum wage jobs barely keeps a roof over her head while she and her band struggle to get noticed. But on stage, nothing matters but the music in her heart.
When her band plays a cover of one of his hits, Quinn is blown away. Can Phoebe be the inspiration he needs for more than just writing songs?

About the Series:
Eight Strangers. Eight Unique Stories. All Stand-alone Novellas.
On November 30, 2016, Hurricane Nina hit Bali, Indonesia. In the aftermath of death and destruction, eight strong sexy men will realize it’s time for a change in their lives. A resolution of sorts. A contractor, a personal trainer, a millionaire, a stuntman, a rock star, a thrill-seeker, an army veteran, and a trust fund prodigal will all find a way to conquer their loss and learn to love. 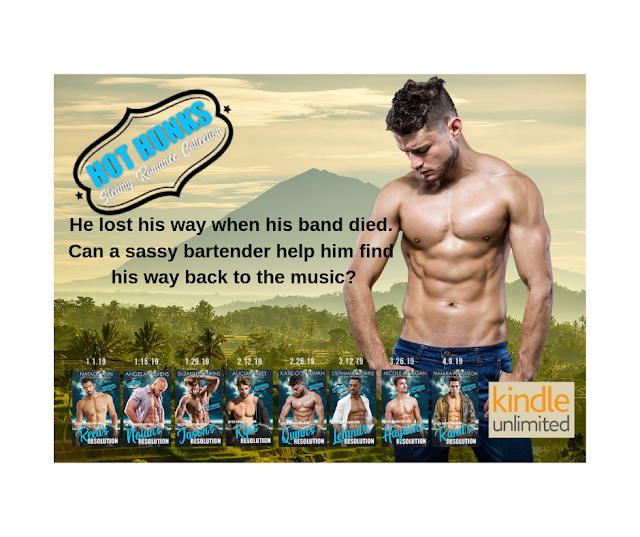 
4.5 stars  I thoroughly enjoyed Quinn’s Resolution.  If you’ve read the blurb, then you know that Quinn is devastated after losing his band to Hurricane Nina.  My heart broke for him and the author did a great job of portraying his grief.  I loved Quinn and for a short novella, his character was very well developed.  Phoebe’s character isn’t developed quite as much, but she is a sweet, likable heroine.  I also enjoyed the secondary characters of his manager and his cousin. The book was relatively low on angst and it had a few hot and steamy scenes.  The storyline was good and I didn’t feel like anything was rushed.  Quinn’s Resolution is a well-written book that kept me entertained until the very end.  This is my first book by Katie O’Sullivan and I definitely plan on reading more of her work.  I received this book for free. 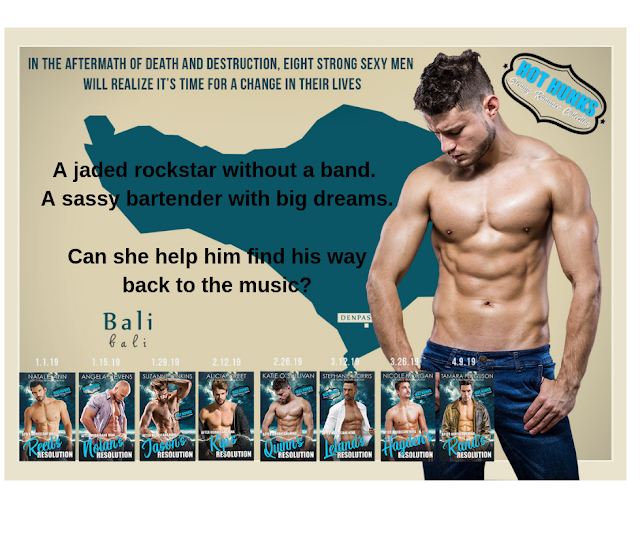 About the Katie O'Sullivan:
Katie O’Sullivan is an award winning writer with a dozen books to her credit, including My Kind of Crazy, Ghosts Don’t Lie, Breaking the Rules, and the Son of a Mermaid series for young teen readers: Descent, Defiance, Deception, and the yet to be released Destiny (Coming soon.) (Hopefully.)
A recovering English major, she earned her degree at Colgate University and now lives on Cape Cod with her family and big dogs, drinking way too much coffee and finding new uses for all the sea glass she obsessively collects from the beach. She writes YA and romantic suspense novels, as well as working full time for a high tech company. Which explains all the coffee.
Stay Connected:
Website ~ Blog ~ Facebook ~ Twitter ~ Goodreads ~ Amazon Author Page

Excerpt from QUINN’S RESOLUTION:
On the open-air stage in Times Square, Quinn MacDonald was making a very different resolution for the fast-approaching new year. As he stood there with a fake smile plastered on his face, listening to Wiz Khalifa spout on about some after-party, Quinn vowed he would never sing on stage in public again. No matter what the fucking studio executives said, they couldn’t make him do this. Rock stars don’t cry on national television, for fuck’s sake.
He felt raw. Exposed. Alone.
And the duet with Demi Lovato? Someone had to have planned that ahead of time without telling him a thing. There’s no such thing as spontaneous singing for television cameras. Certainly not on New Year’s Eve in Times Square. So let’s add feeling “used” into the mix.
He didn’t like it. It was… wrong.


Sure, he’d promote the album. It was part of the contract he signed. He owed that much to the memory of his friends, and to their families. But as far as Quinn was concerned, the music died in the hurricane along with the rest of his band. 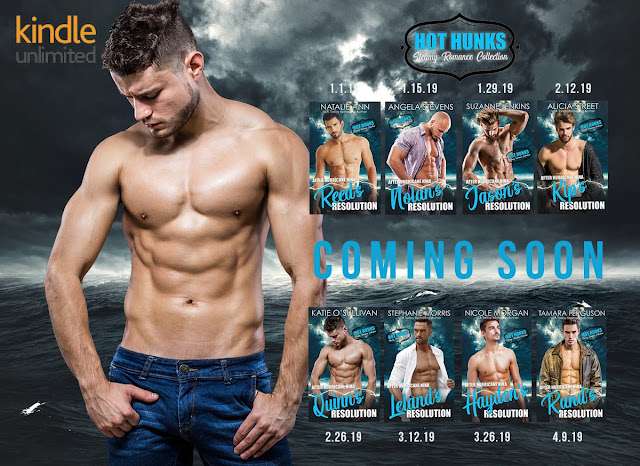