Today we have the release blitz of THE STAND-IN BOYFRIEND by Emma Doherty! Check it out and be sure to grab your copy today! 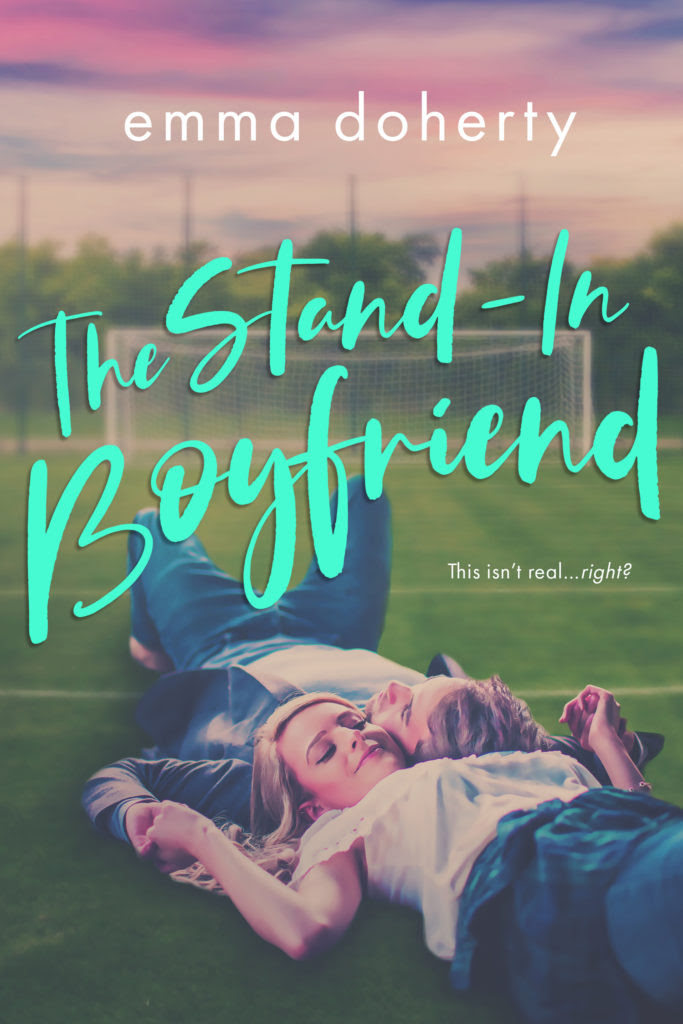 About The Stand-In Boyfriend:

Livy Chapman is in love with Jessie Stephenson. It’s that simple. She has been for years but he only see’s her as his best friend. His best friend who copies her homework, relies on her to bail him out of trouble and who he hooks up with other girls in front of.   Enough is enough and when Chase Mitchell, star of the soccer team, and all round Mr. Popular steps in and convinces her that they can do each other a favour by pretending to date, Livy is just crazy enough over Jessie to agree to it.   I mean, Chase is just her stand-in boyfriend. Nothing could go wrong. Right?

Get Your Copy Today! 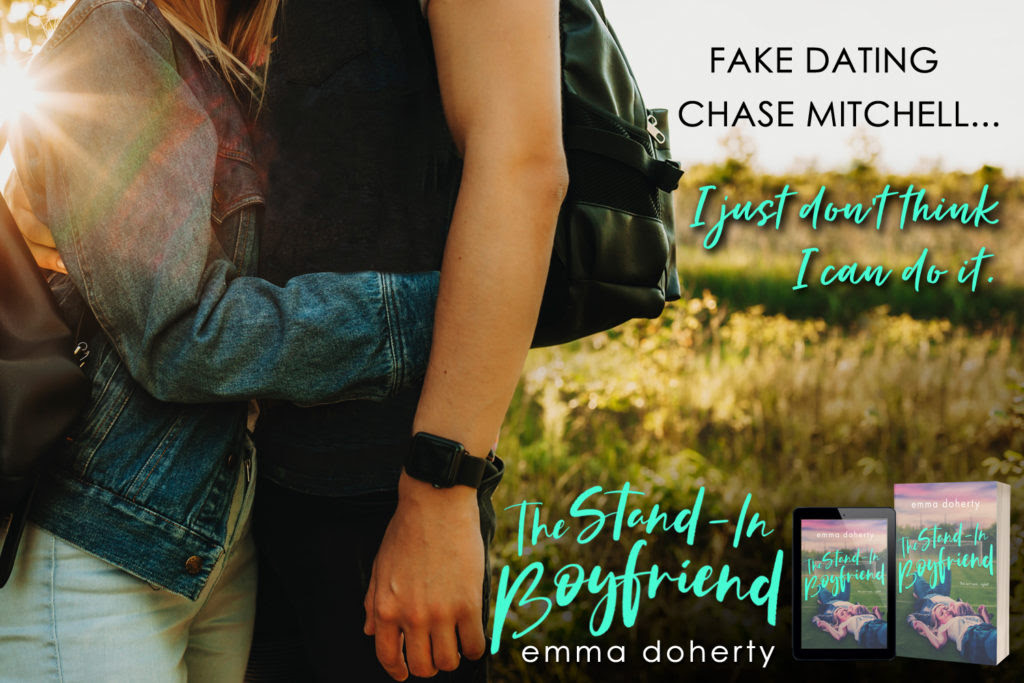 I pull into the school parking lot on Monday morning and still feel like utter crap. Jessie texted me a couple of times yesterday to see if I wanted to hang out, but I just couldn’t do it. I replied telling him I was feeling like trash (not a lie) and that I’d see him today. Sophie kept me company all day. She was upbeat, loud, and entertaining the whole time, but I still couldn’t crack a smile. After Chase disappeared on Saturday night, Sophie was by my side within minutes; he clearly went and told her. I tried to keep it together and act like it was no big deal, but she took one look at me and I fell apart all over again. I think maybe, deep down, I did think this would be it with Jessie—thought actually, finally something was about to happen, and seeing Courtney wrapped around him and then them disappearing into that empty bedroom together…well, every time I think about it, I feel like my heart is breaking all over again.

I pull down the visor and stare at my reflection. I look as bad as I feel. I reach into my bag and grab a hair tie, pulling my hair back off my face into a high ponytail. Some of the back falls down and I don’t bother to fix it—caring about my appearance certainly didn’t do any good on Saturday night. I dig around in my bag for any makeup that might make me look more human, perhaps cover my swollen eyes and give me some color in my cheeks, but the only thing I can find is some concealer. I rub a bit into the skin below my eyes, but it does little to make me look more presentable. I sigh and climb out of my car, pulling out my bag then locking it behind me.

I turn to head inside but then stop dead. Chase Mitchell is leaning against his car, right opposite mine, with his legs and arms crossed in front of him, gaze pinned on me. I look behind me uneasily, hoping one of his friends is around and that’s who he’s waiting on, but there’s no one in my general vicinity. “Uh, hey.” He stands up straight and walks forward until he’s stopped right in front of me. “Hey. How you feeling?”

Mortification runs through me. I can’t believe the state he saw me in on Saturday. It’s so embarrassing. It’s bad enough Sophie did, but at least she knows me. Chase doesn’t know me at all and witnessed my complete meltdown. He must think I’m crazy. “I’m good.” I force myself to answer brightly. “Really good.”

He rolls his eyes. Clearly he’s not ready to let me act like Saturday night never happened. I sigh. His eyes, which for the first time I notice are a bright green, look concerned, and despite me desperately trying to look like I’m fine and not a total wreck today, I find that I can’t focus on his face. My eyes keep darting around behind him. “I’m, uh…” My voice trails off; I have no idea what to say to him that will make this any less awkward. “It’s okay to be upset if the guy you like is with someone else,” Chase tells me. Oh Jesus. “I don’t, I mean…” I stop. What’s the point in denying it? He clearly knows. “How did you know?” He shrugs. “I’m pretty observant, and, well…”

He doesn’t continue. I guess my meltdown on Saturday night was pretty self-explanatory. I sigh. “Yeah, um…I’m pretty embarrassed about how I acted at the party.” He nods. “I haven’t told anyone. I won’t tell anyone.”

My eyes find his. My initial thought on Saturday was that the whole school would know by now, but actually when I was thinking about it yesterday, I realized Chase actually seems like a decent guy, and it would be pretty shitty to broadcast something like that just for gossip’s sake. “Thanks. I appreciate that.”

He shrugs. “No worries.” I stand there awkwardly for a couple of seconds, wondering what to say next before realizing the conversation is over. This is Chase Mitchell—we don’t have anything to say to each other. “Okay, so…bye,” I mumble before turning in the direction of the school building.

“Wait.” He reaches out his hand and grips my arm, halting me in place. I turn back to him in surprise. “I had this idea.” I raise an eyebrow at him expectantly as a grin spreads across his face. “Yeah?” I ask after a couple of seconds of him not saying anything. “You have to promise to hear me out.” “Huh?” “Say you won’t just dismiss the idea and will actually think about it.” “Um…” This is getting weird. “Okay?” He grins wider. “We should totally pretend to date.” 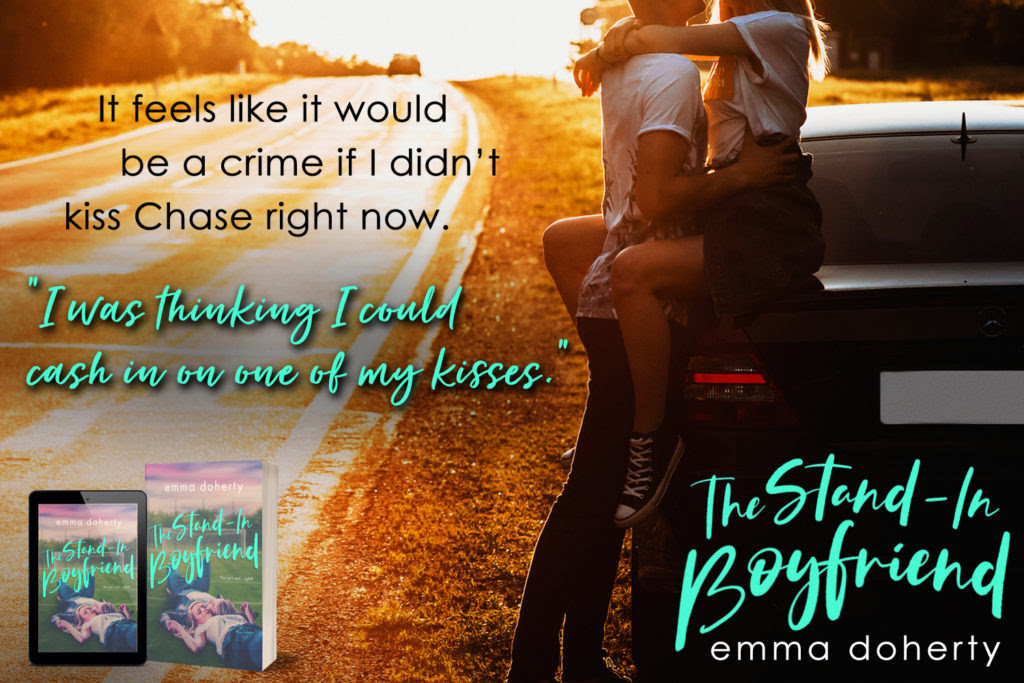 4 stars This is a sweet high school romance. Livy, high school senior, is somewhat clueless when it comes to boys and is a bit shy, anxious, and an amazing soccer player.  Aside from being a soccer player, I could definitely identify with her. Throughout high school, she is completely oblivious to all other boys except her best friend Jessie.  Livy is a sweet girl who finds herself reluctantly agreeing to enter into a fake relationship with the popular Chase.  Of course things do not always go as planned! While she is a great friend, I at times wanted to shake her because she let Jessie take advantage of their friendship.  He uses her, but she sees it as being a good friend.  I adored Chase.  He is so sweet, caring, and the ultimate book boyfriend.  The two of them make a great couple.  I also liked the secondary characters - especially Aaron and Sophie as I would have loved to have had them in my corner while in school

While the story is predictable, I found myself unable to put the book down.  It was well written had great characters with the perfect amount of the typical high school drama.  This is the type of book that I could see being made into a movie that targets the YA population.  I received this book for free and I voluntarily leave this review. 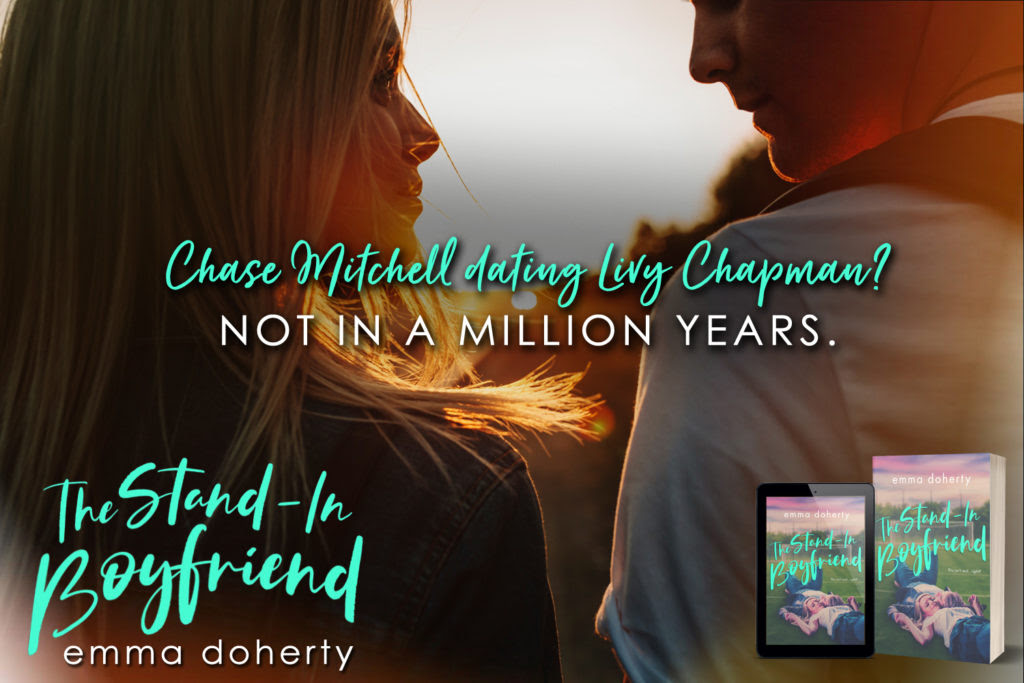 Emma Doherty was born in Yorkshire, England. She attended university in Newcastle before moving to London. She loves to travel, write, spend time with friends and family and hear from her readers.