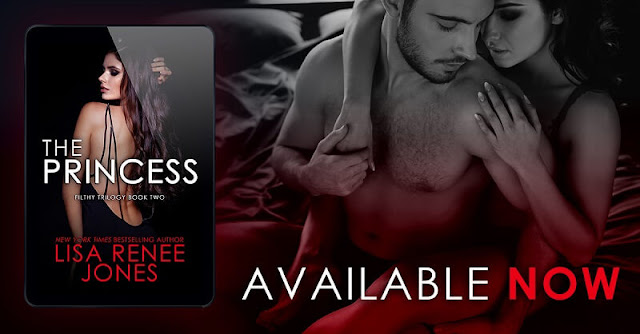 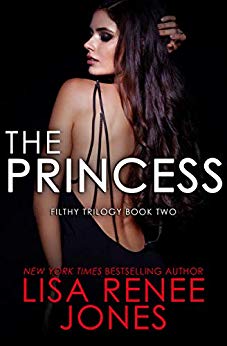 Blurb:
The second book in the Filthy Trilogy - Eric and Harper's story continues...He's the bastard of the empire, a savant, a genius, and a self-made success. He left it all behind, but he came back for her. Their passion is a flame that ignites more than their bond. It ignites secrets, lies, and a puzzle that once solved, will shake them to the core.You know one deep, dark secret, but you do not yet know anywhere near everything. 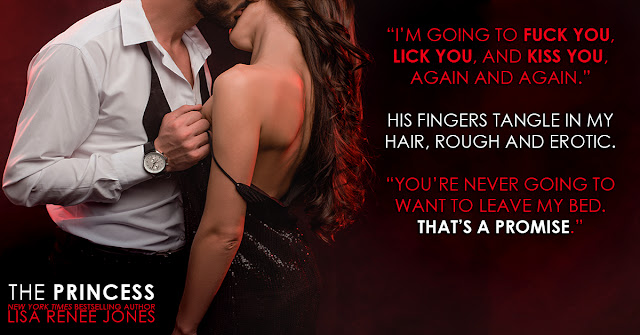 Review:
4 stars  The Princess is picks up right where The Bastard (book 1) left off.  This book is fast-paced and full of secrets, betrayals, and suspense.  It’s not just reputations on the line anymore, but lives as well. I am still trying to determine who is the mastermind behind whatever it is that is going on at Kingston Motors, which is quite impressive since I usually figure out these types of mysteries pretty early on.

Harper and Eric continue to be strong characters who are recognizing just how much they care for one another and they are having to learn to trust each other.  I like that we get to see more of the guys from Walker Security was well as Grayson.  I am still not sure who all are co-conspirators in this mess - Gigi, Eric’s father, Isaac?  Those 3 are the perfect villains in this trilogy.  The Princess does end a cliffhanger and fortunately, the final book, The Empire will be released in a few days.  I received this book for free and I voluntarily leave this review. 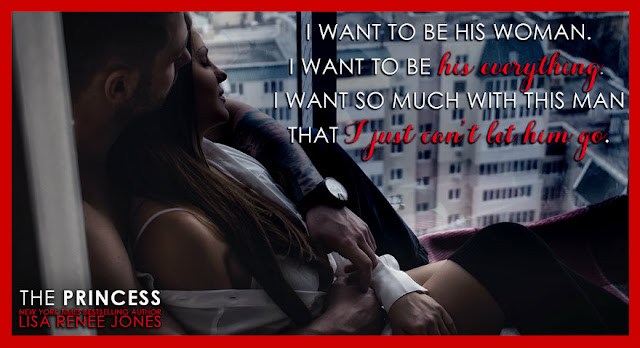 Other Books in the Trilogy:

In addition to the success of Lisa’s INSIDE OUT series, she has published many successful titles. The TALL, DARK AND DEADLY series and THE SECRET LIFE OF AMY BENSEN series, both spent several months on a combination of the New York Times and USA Today bestselling lists. Lisa is presently working on a dark, edgy new series, Dirty Money, for St. Martin’s Press.
Prior to publishing Lisa owned multi-state staffing agency that was recognized many times by The Austin Business Journal and also praised by the Dallas Women’s Magazine. In 1998 Lisa was listed as the #7 growing women owned business in Entrepreneur Magazine.
Lisa loves to hear from her readers. You can reach her at www.lisareneejones.com