Synopsis:
My best friend has been obsessed with Sebastian since our freshman year in college. She wants him to herself, which is fine by me. He's a paycheck, a means to an end goal. He's temporary. But he's also tempting—the way he looks at me, the things he says, the way he touches me… If I'm not careful, I might do something I'll regret. ~Ainsley Belle
THE FOREVER SERIES
At twenty, Ainsley knows it's time to follow her own dreams and not the future her mother planned for her—a future she never wanted. Losing her job couldn't have come at a worse time.
Sebastian Gianni isn’t the ideal boss, but he has a position to fill and Ainsley is desperate. The sexy twenty-two-year-old comes from money, owns a successful business, and graduates from college in three months. He has his life together in a way Ainsley could only dream.
No wonder her best friend is obsessed with dating him. Even his ex-girlfriend is determined to get him back, although threatening him seems like the wrong approach. Ainsley would be a fool to fall for the guy, too.
By no means, should she trust him. He has more secrets than anyone she knows, which makes her wonder if the mafia rumors about him are true. It doesn't matter that he's a good listener, and sweet and protective at times. That playful flirty side he shares with her alone means nothing. Right?
When a kiss turns into a secret romance neither can give up, Ainsley learns the truth about Sebastian's corrupt family and why his ex-girlfriend won't go away. A future together is near impossible and comes with a risk that could get them both killed—or give them everything they've ever wanted. 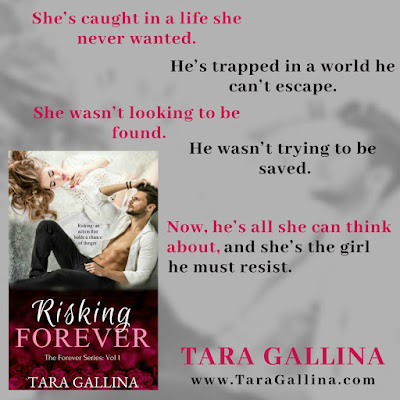 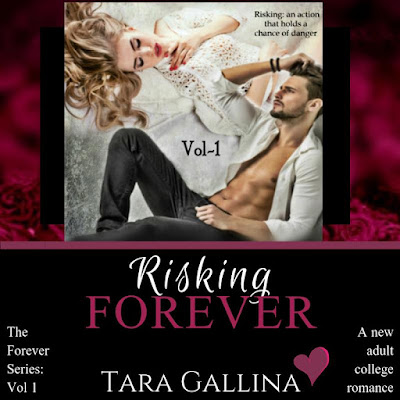 4.5 stars Risking Forever is a great read and the first installment of a 3 part series.  This college romance is humorous along with a bit of angst. Ainsley is a breath of fresh air.  She is kind and quirky. Sebastian is rich, sexy, clever, and a bit mysterious. The two of them seem to be an unlikely couple, but both are bound by the constraints related to their families.  I really liked the secondary characters of Nathan and Harper.  Nathan is a flirt and a good friend to Sebastian.  Harper is vivacious and has quite the dirty mouth on her.  The things that she would say had me practically in tears of laughter.  Overall, I really enjoyed Risking Forever.  It is an entertaining NA college romance that has wonderful characters, a good storyline, and moves at a great pace. I am definitely looking forward to the next book to see how their relationship evolves and to see what the author reveals about Sebastian’s life/family. 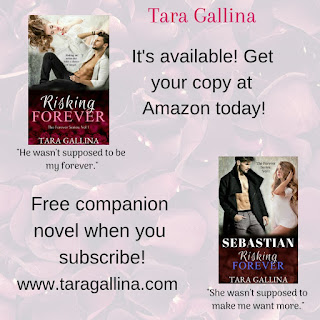