Book Review: KNEEL DOWN by Eden Butler and Chelle Bliss 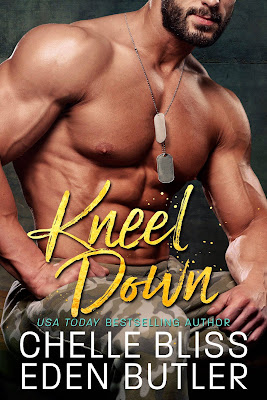 My job as a SEAL has always been to go in and save the day.But even heroes fall. Even heroes make mistakes.My only saving grace was Gin Sullivan.My knock out best friend who wasn’t afraid to tell me the truth even when it hurt.She’d pick me up when I was wallowing in my own stupidity.It wasn’t hard for me to fall for her.Any man would.She was beautiful.She was smart.She was everything I’d ever wanted.I had plans to tell her that, squash the pinning we’d both done for two years.But a bullet to the gut silenced me and Gin got tired of waiting.Now I have a new mission, one that I can’t fail:Do whatever it takes to make Gin mine forever.Other books in the standalone Nailed Down Series:Nailed Down - Book 1Tied Down - Book 2Kneel Down - Book 3

4 stars  Kneel Down is an entertaining read with wonderful characters and a great storyline.  I will admit that I have not read the previous two books in this series, but I had absolutely no trouble following along.  In fact, I loved the secondary characters (Kiel, Kit, Cara, Kane) so much that I downloaded the other 2 books so that I could have their stories!

What is not to love about Dale as he is a sexy Navy SEAL, loyal, loving,  and protective of those he loves.  He was burned pretty bad by his horrible ex-wife and his best friend, Gin, was there to support him and pick up the pieces.  Gin is a caring friend but she wants more.  The two of them have great chemistry, but they really needed to pull their heads out of their behinds!  I wanted to shake both of them at times - basically lock them in a room together and tell them to stop being so stubborn. Gin and Dale start off as best friends and I do love a good friends-to-lovers books, but Kneel Down is also about second chances. I love that this book illustrates how lack of communication or misconstrued conversations can greatly affect a relationship.  It also shows that actions can be louder than words, but sometimes those words do need to be spoken.  Overall, I enjoyed Kneel Down as it had a great storyline that moved at a good pace as well as likable and well-developed characters.  I am definitely looking forward to the next book in the series.  I received this book for free. 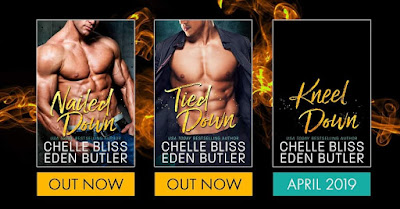 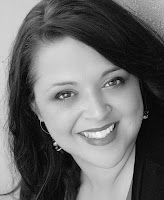 Eden Butler is an editor and writer of Mystery, Suspense and Contemporary Romance novels and the nine-times great-granddaughter of an honest-to-God English pirate. This could explain her affinity for rule breaking and rum.

When she’s not writing or wondering about her possibly Jack Sparrowesque ancestor, Eden patiently waits for her Hogwarts letter, edits, reads and spends way too much time watching rugby, Doctor Who and New Orleans Saints football.

She is currently living under teenage rule alongside her husband in southeast Louisiana. 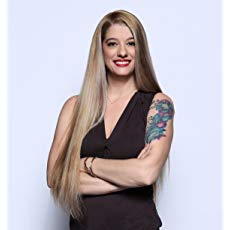 Chelle Bliss is the USA Today bestselling author of Men of Inked: Southside Series, Misadventures of a City Girl, the Men of Inked, and ALFA Investigations series. She hails from the Midwest, but currently lives near the beach even though she hates sand. She's a full-time writer, time-waster extraordinaire, social media addict, coffee fiend, and ex high school history teacher. She loves spending time with her two cats, alpha boyfriend, and chatting with readers. To learn more about Chelle, please visit chellebliss.com.*Join Chelle's Newsletter - http://www.chellebliss.com/newsletter*Chelle's TEXT Alerts (US Only) - Text BLISS to 24587