New Release + Review: I PROMISE YOU by Shantel Tessier 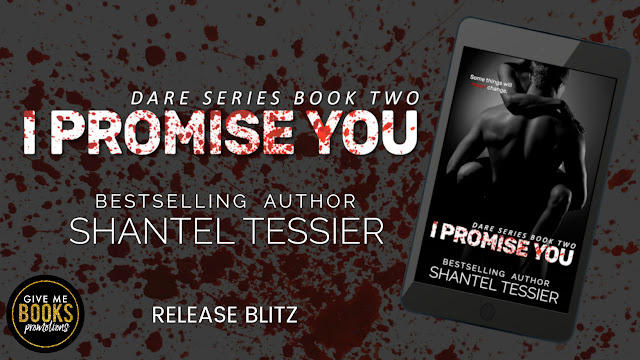 It was supposed to be a game.
I Dare You.
We brought her in 'cause I wanted to play with her.
Destroy her.
But plans change and she got caught in the cross fire.
Then I did something far worse. I fell in love with her, but she doesn't know I still have secrets.
Ones that could rip us all apart.
We're sharks.
Raised to hunt and kill.
We take what we want without asking.
We've never needed permission, so I'm not about to start now.
You think you know everything, but we're about to do what we do best and prove you wrong-I Promise You!

5 stars Oh wow!  I do not even know where to begin.  I am going to keep this pretty vague so as to avoid spoilers.  I Promise You is book 2 in this author’s Dare series and is not a standalone. It is told predominantly from Deke’s and Cole’s POVs which I absolutely loved - nothing like getting into the inner workings of an anti-hero’s mind!  This book starts at a scene towards the end of the previous book (I don’t want to say exactly where in case you haven’t started the series yet) and continues on from there. I Promise You is full of secrets, lies, and unexpected revelations and will keep you on your toes until the very end.  I Promise You is an amazing read and I am not so patiently waiting for the next book in this gripping series.  I received this book for free. 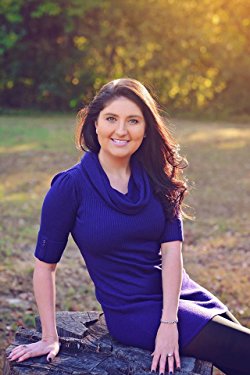 Shantel is a Texas born girl who now lives in Tulsa, Oklahoma with her high school sweetheart, who is a wonderful, supportive husband and their two daughters. She loves to spend time cuddled up on the couch with a good book.

She considers herself extremely lucky to get to be a stay at home wife and mother. Going to concerts and the movies are just a few of her favorite things to do. She hates coffee, but loves wine. She and her husband are both huge football fans, college and NFL. And she has to feed her high heel addiction by shopping for shoes weekly.

Although she has a passion to write, her family is most important to her. She loves spending evenings at home with her husband and daughters, along with their cat and dog.


Make sure to follow her on all social media sites!