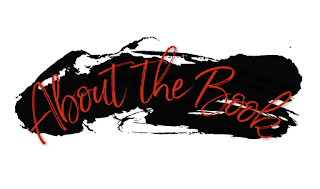 It’s been a little over a year since the teens lost one of their own, but the memory still haunts them. On a crisp fall evening, Jimmy pays Johnny an unexpected visit near the water’s edge. He tells Johnny something is terribly wrong and that he needs his help in solving a mystery. Johnny, Buck, and the rest of the gang embark on another wild adventure, back to where it all began—a small cave nestled in the mountains of central Pennsylvania. When they arrive, their hunch is confirmed. Now they’re faced with an even bigger obstacle. How to solve the case of a missing ghost, and who would want to take the remains. They quickly learn that this goes beyond anything they could ever imagine. With the help of friends, they might be able to pull off the impossible and break Jimmy’s curse. The dramatic conclusion of the Lizardville Ghost series is an enthralling, fast-paced, who-done-it adventure that will keep you on the edge of your seat until the final page.

I was born in a small town in central Pennsylvania. I currently live in the Tampa Bay Metro area with my wife, four daughters and four loving cats. I enjoy bowling and spending time at amusement parks. I love to travel, take trips to the beach, or just laying around the pool with family and friends. I'm an avid reader and enjoy writing children's and young adult stories. I had aspirations of being a writer when I was young. I took a journalism course in high school. Life, however, as with most people, took me on a different path. I joined the Air Force after high school and spent four years serving and protecting this country. My goal is to continue to work on my books, producing one or two a year. It's a wonderful feeling and a sense of accomplishment to get the book written, work with editors and illustrators and in the end, see it all come together when it's published. I also like to work with local charities specifically related to children's hospitals and clinics. Finally, when asked if there were any words of wisdom he would like to impart on his readership, I simply say, "Always follow your dreams." You can learn more about me at www.stevealtier.com