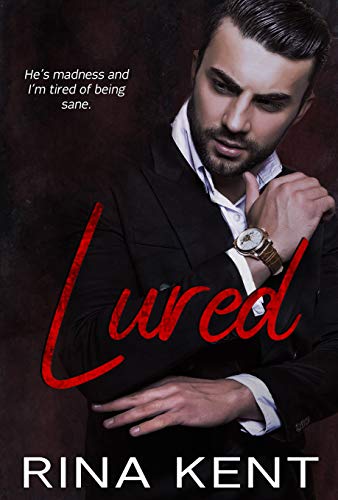 He's madness and I'm tired of being sane.
I watched him. Studied him. Became obsessed with him.


Doctor Dominic is a social anomaly. A monster in plain sight.
A sociopath.
Beneath the expensive clothes and well-crafted facade lurks a predator who’s searching for his next prey.
It fascinates me how he manipulates everyone and everything with a blinding smile on his face.
I got caught.
Now he wants one thing. Me. 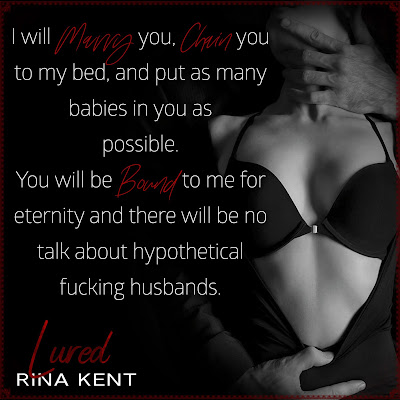 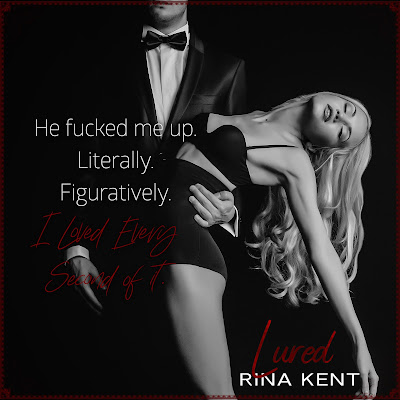 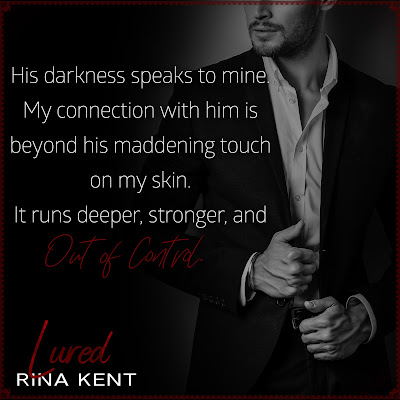 Lured sucked me in like no other. She is his challenge and he is her adventure.  Camille is an intelligent law student from rural France looking for an adventure in England. She immediately recognizes Dominic for what he is - a sociopath and yet she decides to engage in a night (or a few nights) of passion with him.  What she finds is so much more.  I loved Camille.  She knew exactly who Dominic was and she wasn’t going to give up her goals.  She challenged him every step of the way and only submitted on her terms.  I love that she was able to see past the facade that he shows the world and was able to truly “see” him.

Dominic is the ultimate alpha male with a domineering and possessive streak. We don’t get to know much about him or his background until the last 3rd of the story so after first I didn’t connect with him as well.  Once I got a glimpse into his past, I had a bit of a better understanding and I like how protective he ended up being of Camille.  From a guy that comes across as cold and calculating, he does have a soft spot for Cam.

Lured is a fast-paced novel, a little longer than what I would consider a novella that will keep you engaged the entire time.  It is a standalone, but it can almost serve as a prequel to this author’s Team Zero series and Rhodes series in that Dominic is Dr. Johnson (mentioned in Crowed - and if you haven’t read Crowed, you should because it is amazing) and it introduces the reader to the infamous and evil Hades.  In fact, you get a few rather short chapters from Hades’ POV.  If you like erotic dark romances and/or you like this author’s other books, then you will love Lured.  I received this book for free and I am looking forward to more of this author’s works. 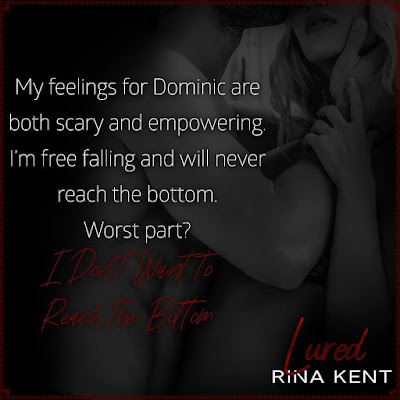 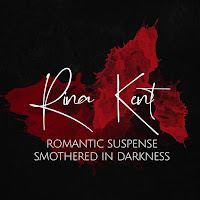 Rina Kent is a lover of suspenseful plots and edgy characters. She has always been obsessed with romance. Storytelling is in her blood. Plotting is her addiction. Flawed and gripping characters are her drug. She makes it her mission to give them all types of trouble before granting them happy endings.
When not scheming her characters' fate, Rina manages a hectic schedule divided between studying and living with the most supportive husband and a not-very-supportive cat.