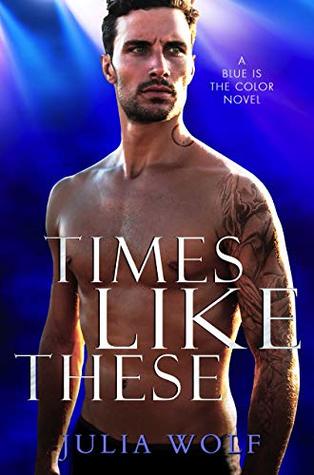 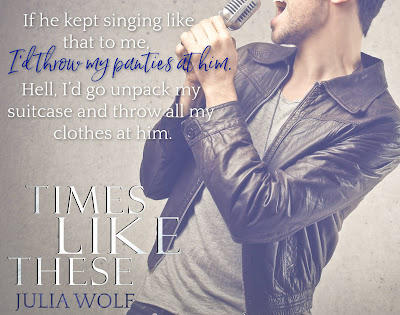 Nick Fletcher has the voice of a god and a tongue as sharp as a knife. His words can cut, and this time, his quick temper has earned him an intruder in his life and on his tour.
Dalia Brenner looks like a grown-up Annie gone bad, but he wants nothing to do with her pin-up worthy curves and smart mouth. His method of dealing is to keep his head down, get through the tour, and then he'll never have to see her again.
Dalia has no intention of having heart-to-hearts with Nick. They share a bus and sleep three feet apart every night, but that doesn't mean she can't ignore the scowly, grumpy lead singer.
Except she can't seem to deny the annoying instinct to "fix" the pain and grief behind Nick's sea glass eyes, even though she definitely knows better.
And Nick, well, he's getting tired of denying Dalia...period.
Dalia has plans though, and none of them involve being a rock star's girlfriend. Too bad Nick couldn't disagree more. 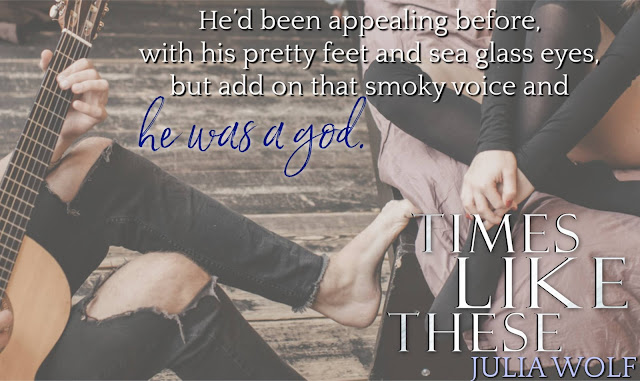 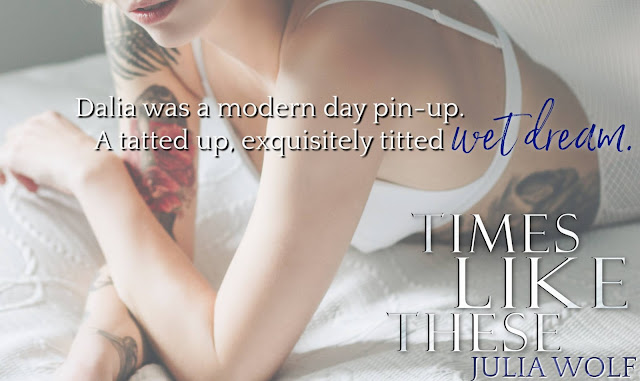 I happened to stumble across this book on Amazon and I am glad that I did because it is a phenomenal rockstar romance. Times Like These starts out with a big outrage on Twitter and illustrates just how quickly things can spread on social media.

Dalia is a fun heroine that I would love to know IRL.  She is full of fire, entertaining, a bit quirky, but also insightful.  I did find some of her antics a bit immature at times, but I also think it was fitting with her age.  She is relatively young compared to Nick, but she is so good for him.  Nick is the sexy lead singer of Blue is the Color and I found that he had hidden depths to him. He isn’t just a sexy rockstar, but he is a man who is fiercely loyal to his bandmates and is starting to feel a bit wary of always being on the go.  He definitely got off on the wrong foot with Dalia and while they were not exactly enemies, they weren’t each other’s favorite people either which is what made this book so entertaining - seeing how their relationship evolved.   The two have great chemistry and there were some steamy scenes that nearly caused my kindle to catch fire.

This book moved at a great pace, had a good storyline, and I loved the characters.  Not just Dalia and Nick, but also all the other band members, Dalia’s sister, and Malka.  The author did a great job showing that family can be blood, but it can also be a close group of friends.  I enjoyed Times Like These so much that I immediately downloaded David’s book and I am counting down the days until Jasper’s story releases. 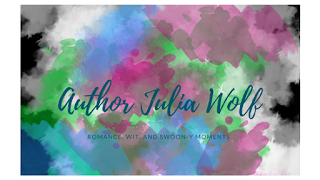