All I want is to play hockey on the Ice Knights, instead, I’m in a viral video for all the wrong reasons and my mom—yes, my mom—has taken over my dating apps. Then, when I think it can’t get any worse, the fates deliver Zara Ambrose, a five-feet-nothing redhead with more freckles than inches and who’d rather be anywhere other than on a date with me.

Now a bet with her friends and my PR nightmare have us both stuck in this go-on-five-dates-with-the-same-person hell situation. But if we band together, we can get the whole thing over with and go on with our lives. It’s perfect! No feelings. No future. No fuc— *ahem* fun. No naked fun.

What could go wrong? Nothing—as long as I remember the rules. Don’t notice the way she looks in a dress. Don’t react when she does that little shivery sigh thing whenever we touch. Don’t think about the fact that she’s never had a toe-curling orgasm that wasn’t self-delivered and just how badly I want to change that.

Five dates—that’s it—and then we go our separate ways. At least, that was the plan.

EXCERPT:
“So why are you on Bramble?”

She took another small bite from her roll before answering. “My best friend is blackmailing me, and my dad wants a SAG card.”

That was definitely not the answer he’d been expecting. “And I thought my reasoning was twisted.”

“I’m sure it all makes sense in Gemma’s head,” Zara said. “She thinks I work too much and need to loosen up. She’ll let me be her plus-one to go meet a collector if I do the Bramble five dates thing. And my dad? Well, let’s just say he’s never met an unlikely plan he didn’t think he could pull off.”

All the possibilities this created sped around inside his head until one broke free like a perfect fast break late in the third period when the game was on the line. All he had to do was put the biscuit in the net.

“So neither of us really wants to be here,” he said. “We’re each other’s solution to getting back to our regular lives as soon as possible.”

It was fucking perfect. Petrov’s job with the team would be safe for another season—well, as safe as he could be, considering he didn’t have a no-trade deal in his contract.

Zara, though, didn’t seem to be seeing the genius of it, going by the suspicious look she gave him as she took another bite of her roll. Instead of giving him a straight-up no, though, she started eating. The words—okay, begging pleas—were bubbling up inside him but for once, he kept it in lockdown. He wasn’t about to rush this play, no matter how it had every nerve in his body jinglejangling.

Finally, she used her napkin to wipe the corners of her mouth, straightened her spine, and looked him dead in the eye. “We’d have to have ground rules.”

“Sure. Whatever you want.” Ice Knights season tickets? He’d make that happen. A photo op with her dad’s favorite player? Done. Whatever it took, he’d do it.

“This isn’t a real or fake relationship, it’s a temporary alliance,” she said without an ounce of humor in her tone. “I’m not pretending to be your girlfriend or the random chick you’re banging this week.”

“Agreed.” All of that sounded like it would cause more problems than it would solve anyway. “I’ve got a condition. Dressing up is not required. I’m not putting on a suit.”

The best thing about the off-season was not having to strangle himself with a tie multiple times a week just for a bus ride to the rink or a plane trip to another city. Coach Peppers was old-fashioned about doing things the original way.

“Fine.” Zara held up three fingers. “The third stipulation is that I’m not putting on a good attitude. If it’s been a crappy day, I don’t have to pretend to be a manic pixie dream girl.”

He snorted. “No one who’s met you would believe that. You’re a little salty.” That was putting it mildly based on her attitude when she showed up for their date.

“I have my reasons.” She added another finger, so she was holding up four. “Oh, and no making love. Sex?” She paused and looked him over quickly. “Maybe. Emotional, heartfelt, staring-each-other-in-the-eyes making love? Not gonna happen. No offense, but you’re not my type.”

What the hell? Not her type? He was a professional athlete making millions. He’d been led to believe he was everyone’s type.

“Not a problem, since I don’t think we could see eye to eye while having sex unless you magically grew a foot,” he said.

“You’re not into being creative?” Zara rolled her eyes. “I guess that’s expected for someone who has probably had women throwing themselves at him for years. You haven’t ever had to work for it.”

Caleb had no idea what to say to that. He’d been punched square in the face by the most feared goons in hockey and it hadn’t knocked him as senseless as this little five-foot-nothing of a snarky woman had done with a few choice words.

“I have one more rule,” she said, reaching for another roll. “Five dates and we’re done. Period. Do we have a deal?” 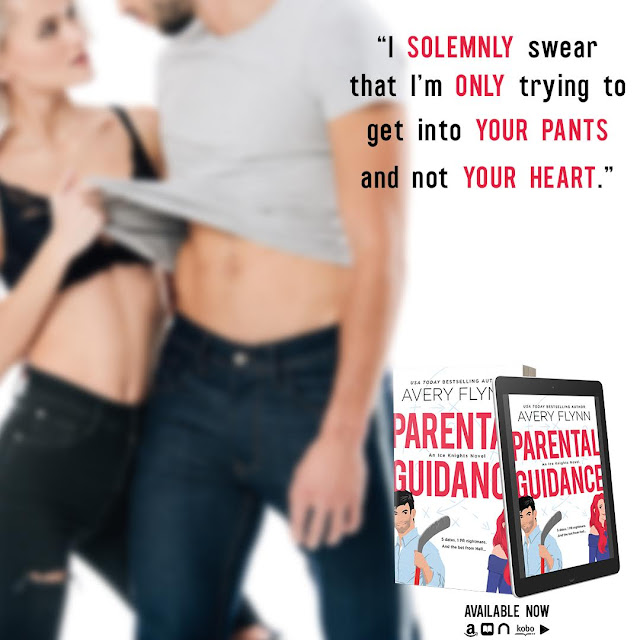 When I saw the synopsis of this book, it sounded a bit quirky and funny so I figured why not give it a chance?  I am glad that I did because this sports romantic comedy had me laughing and some places and happy sighing in others.  The concept behind the dating app, Bramble, is quite comical albeit unrealistic because it involves 5 dates and the parents are involved in picking out who they date followed up by TV interviews.  Both Caleb and Zara really don’t want to participate, but they each have their reasons for doing so.

I really liked Caleb, a defenseman for the Iced Knights.  He lands himself in hot water and I admire that he would do what it takes to protect his team.  He has some personal struggles and the author does a beautiful job of showing how it has affected his approach to life.  Zara is a likable character as well.  She a miniatures artisan who craves stability and order given how she grew up.  She is full of sass and I love her sarcastic nature. Zara and Caleb make an unlikely pair, but the two of them together just work.   Each date is unique and fun to read and there are a few steamy scenes. The question is, will they admit their growing feelings towards each other and what will happen after those 5 dates?

The secondary characters are a hoot.  Zara’s dad is absolutely hilarious when they all have to do the reality TV portion.  Caleb’s mom is a ballbuster and I found the banter between the two parents to be quite entertaining.  Caleb’s teammates and Zara’s best friend are also great additions to the book.

If you are looking for a light-hearted romantic comedy with likable characters, then you will enjoy this book. I received Parental Guidance for free and I am looking forward to read more books from her Ice Knights series.

USA Today bestselling romance author Avery Flynn has three slightly-wild children, loves a hockey-addicted husband and is desperately hoping someone invents the coffee IV drip. She fell in love with romance while reading Johanna Lindsey’s Mallory books. It wasn’t long before Avery had read through all the romance offerings at her local library. Needing a romance fix, she turned to Harlequin’s four books a month home delivery service to ease the withdrawal symptoms. That worked for a short time, but it wasn’t long before the local book stores’ staff knew her by name. Avery was a reader before she was a writer and hopes to always be both. She loves to write about smartass alpha heroes who are as good with a quip as they are with their *ahem* other God-given talents. Her heroines are feisty, fierce and fantastic. Brainy and brave, these ladies know how to stand on their own two feet and knock the bad guys off theirs.