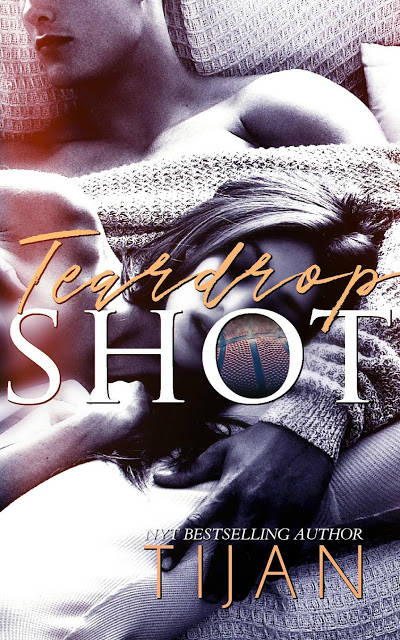 I asked for his criteria for bed buddies–that's the PG version.
He swore at me and said he didn’t do groupies. And just like that, our friendship was off to a great start.

Reese Forster was the starting point guard for the Seattle Thunder.
Gorgeous. Cocky. Loved by the nation.
He’s also attending preseason basketball training camp where I used to work.

Correction: where I work again, because I was fired from my last job.
And dumped.
And I might have a tiny bit of baggage, but that’s normal. Right?

I’m adorably psychotic. He’s in the NBA.
This is not a disaster waiting to happen, at all.

Teardrop Shot is a 107k standalone with brand new characters. 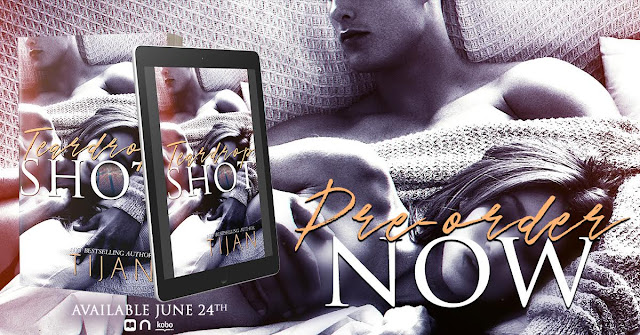 
Two days later, they’d won their first preseason game and were back practicing.
Both gyms were filled and were in the middle of drills. The sound of bouncing basketballs, whistles, yelling, and the squeaks of shoes against the floor filled the courts.
And the smell of sweat.
I loved it.
I’d never enjoyed playing the sport myself, but my brother was a basketball star for our high school team. He was starting varsity in seventh grade, and growing up as Chance Manning’s little sister had its benefits—but also its cons. One of the benefits, I was treated like royalty at every single basketball game. Another girl, whose brother was on the varsity team with Chance, told me she’d started being one of the team’s managers. That was a loose title they’d given her because she showed up and took stats for their games. She’d asked if I wanted to do it with her, and the answer had been a resounding hell yes. The popular girls down front always had time for Chance’s little sister, and the only better seating was actually with the team. That’s where they put us managers.
So even to this day, a filled and active gym of basketball players made a part of me purr like a kitten.
I’d missed this, and I’d forgotten how much I missed this. Seems as if coming back to camp hadn’t been the only part of my history I was revisiting, and I was okay with that too. I dropped the ball I’d been bouncing idly and whipped my head around.
Reese stood at the counter, sweat wetting his hair, his face, and his shirt. He held a basketball on his hip.
“What?”
My brain turned off. Reese Forster looked as if he’d stepped out of the shower. He didn’t smell like it, but he looked like it.
My groin was inflamed. The Fourth of July decided to visit, and I groaned, biting my lip. So embarrassing.
“What’d you say?” I asked again, my voice a little raspy.
He nodded toward the screen door. “You and that guy from the other day. You’re good friends.”
It took a second, but Grant. It clicked then. The Tub Day.
And nope.
I was not going to let my weird brain go nuts with thoughts here. He was asking because he was curious. That’s all. For no reason other than curiosity.
Right.
A monotone voice sounded through my brain: Calm the fuck down.
I swallowed, and just like that, I was calmer.
My normal response was to go into hyperdrive, but enough was enough. I needed to be a normal person. Reese (I wasn’t using his last name any more) had asked a general question, because he was generally interested, and I could respond—like a generally normal person.
You’d think I’d be better after getting hazed. I wasn’t. I was worse, in some ways.
I tucked some hair behind my ear. “I used to work here a long time ago, and he and I—”
Reese bounced the ball between his legs, once, catching it right away. “There was a thing?”
I was totally cool here.
“Yeah.” I winced at myself. “I mean, no. We were best friends. That’s it.”
He dropped the ball again, starting to bounce it in front of him. “So there wasn’t a thing?”
“Friends.”
“So who did you have a thing with?” He was still bouncing, his head cocked to the side.
“What?” Why is he asking about this?
“Come on.” He looked me up and down. “You’re hot. You’re trying to tell me you’re single?”
I couldn’t say I wasn’t.
He kept on, “And you’re working here as what? A gym court attendant?”
“Um.” Shit. He wanted the deets on why this train wreck was still working at a camp.
All the Damian trauma, Grandpa Newt, and getting fired exploded in my chest in one big ball.
I let out a sigh.
“That’s...stupidly tragic.” What else could I say?
He caught the ball and stopped, staring hard at me. “Stupidly tragic?”
I clipped my head in a nod. “Would you like more water? I can get that for you.”
Pretending like he’d asked for more water, I started walking away. I called over my shoulder, “I’ll get you more water.”
He stared at me the whole way as I went back out the door. I couldn’t see him, but I felt him. And then I remembered: we had just filled the table with water an hour ago.
***


I was okay with that.