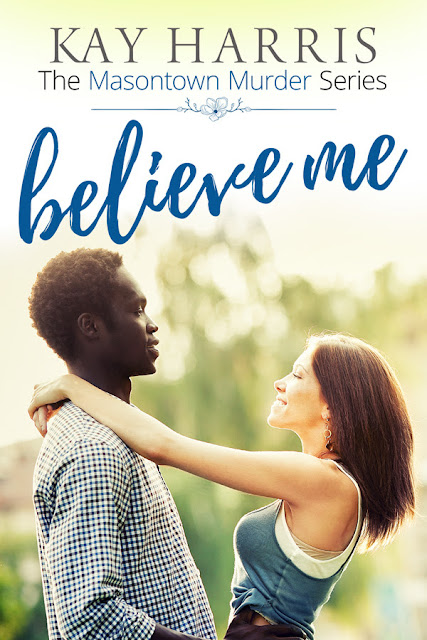 Sophia Hart changed her name, cut her hair, and went to a college far away from Masontown, CA. But the past haunts her in every dirty look and every bullying act from her classmates. It doesn’t matter that a jury found she wasn’t responsible for the brutal slaying of her high school boyfriend. Everyone around her only sees one thing when they looked at her—a killer.Taye Bordon is new to the quiet, little western Washington college. He transferred over to lead their hockey team to small school acclaim. He doesn’t care what other people think of the silent beauty in his pre-law classes. He wants to find out what’s behind her sad but stunning eyes.Taye must find a way to get Sophia to open up and see there are plenty of people who believe her. Meanwhile, the real killer is still on the loose.This is book 1 of a four part series of novellas. It ends with an HEA for the MC but a cliffhanger for the series. The romance is wrapped up at the end of each book, but the murder mystery is not concluded until book 4. The series should be read in order.Trigger warning: the MC suffers from PTSD. 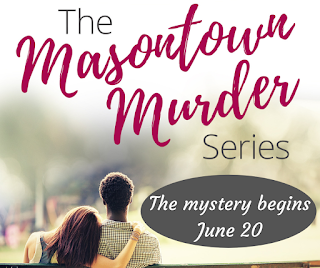 The small central California community of Masontown -- named for the fierce pioneering woman Biddy Mason -- is full of strong modern women, too. When the town is rocked by a brutal murder, four of them get swept up in the mystery. While each woman tries to piece together what’s happened in the sleepy town, they find that in addition to uncovering the true killer, they will also discover their soul mates.

This is a four part series of novellas, all of which will be released June - August 2019.

The romance is wrapped up at the end of each book, but the murder mystery is not concluded until book 4. The series should be read in order.

Kay Harris
I am a college professor, former park ranger, and anthropologist. People observation is in my blood. I write contemporary romance novels that emphasize character development and dialogue. The situations my characters find themselves in might not be everyday, but they could happen.

I have always loved romance novels of all kinds, and I've been writing love stories since I was kid. It wasn't until I was approaching a very significant birthday that that I decided to write down some of those stories in full length novels.

The Love on Tour series is a coming together of my love of romance and my love of rock n' roll. In particular I am a fan of classic rock (which might be obvious if you read my books). The titles of the books in the series are actually the song titles from one particular artist. If you can guess which singer/songwriter it is you get a gold star!

I grew up in Michigan, have since lived all over the west, including Montana, Wyoming, Utah, Arizona, California, and Nevada. I love to hike, am obsessed with museums, and take my 6'5 husband on 'adventures' all over the West.