WATCH ME UNRAVEL by Julia Wolf 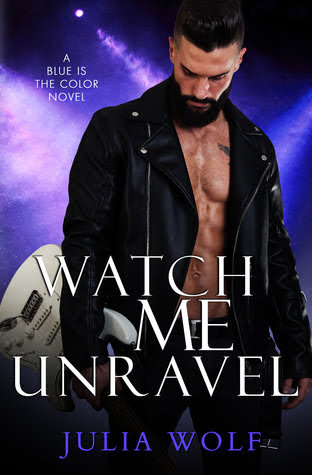 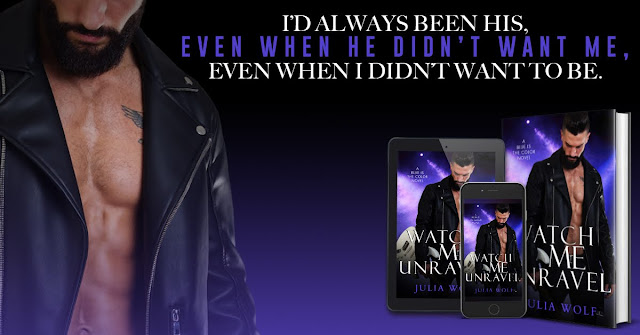 BLURB:
David Wiesel lives for making music, partying, and women. He has a wicked sense of humor and a body made for sinning. He's the kind of guy every mama warns her daughter about.


Sylvia Price lives for her daughter, theater, and teaching. She's living the responsible life and left her wild ways in the past. She's the kind of woman every mama wants her son to marry. Not that she's looking for that.

One drunken night when they were teenagers left them irrevocably bound. Fifteen years later, an accident brings them back together and there is no denying the heat that scorched them when they were young is still there, sparking between them.

While David is more than willing to stoke those flames, Sylvia is afraid this time, the fire will burn her right to the ground. 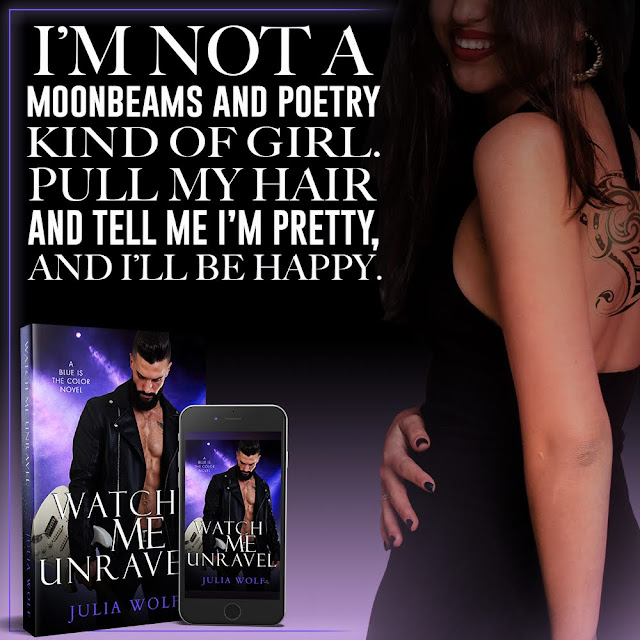 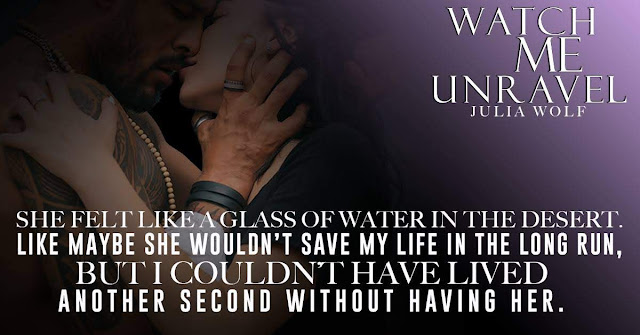 I was curious about David in Blue is the Color book 1 so I thrilled to read is his story.  A one-night stand and a broken condom tied Sylvia and David together when they had Emma as young teens. Yet, even after 15 years, they two only communicate when it comes to Emma.

This author does a great job and illustrating how difficult being a young single parent can be.  Sylvia is a strong character who is a great mother to Emma.  While David was off galavanting around the globe living his dream, she made sacrifices and changed her dreams so that she could raise her daughter.  One of the things that I liked about her is that while she had plenty of resentment towards David and while she struggled with her conflicting feelings towards him (the resentment and love), she eventually learned to forgive him.

David had a difficult childhood that will pull at your heartstrings.  He didn’t have a good role model growing up and his view of being a good dad is skewed. He considers himself to be a good dad in that he sends money and visits Emma between touring until an accident brings him closer to his daughter and Sylvia and he has to face reality. I really enjoyed watching David grow as a character. What I love is that the author didn’t make him change overnight.  It was a rocky road as he recognized that he made mistakes and while it is a rocky road, he strives to be better.

I really enjoyed watching David evolve and mature as a character as watching Sylvia move on from the past.  The two bicker a lot, but sparks also fly.  I also liked that this book was told from a dual POV as I like seeing into the minds of both characters. While there were small appearances of the other band members, I was hoping to see more of them - especially after they all had such a big presence in the previous book.  I did find the book to be a bit long in some areas, but for the most part moved at a pretty good pace.  Watch Me Unravel is a beautifully written, entertaining second chance romance.  I am definitely looking forward to the next book in this series. 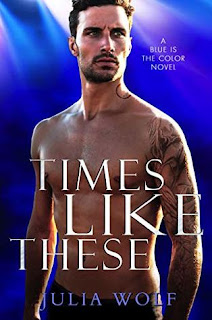