I’ve never shied away from war, though. I’m not one to play nice and I don’t share my toys. I’ll demolish you if you touch what’s mine.

Gabriela
Stefan Sabbioni showed up uninvited in my bedroom on my sixteenth birthday. He stood in the shadows smelling of whiskey and death and wrapped a broken, blood-crusted necklace around my neck. I thought he’d strangle me with it.
That night, he left a message for my father. He said he’d be back to take something precious.
I never delivered that message, though. I wonder if things would be different if I had because now, two years later, he’s back. And he’s not hiding in any shadows.
He’s come to make good on his promise.
He’s back to take that something precious.
Me.
Stefan
Marchese is the manipulator of my family’s tragedy. I won’t just bring him to his knees. I’ll bury him for what he did.
Taking his daughter is only the beginning. I’ll do it knowing I’m starting a war. I’ll do it knowing my enemies will become his allies. They’ll stop at nothing to destroy me and he’ll stop at nothing to get her back.
I’ve never shied away from war, though. I’m not one to play nice and I don’t share my toys. I’ll demolish you if you touch what’s mine.
And she is most definitely mine. 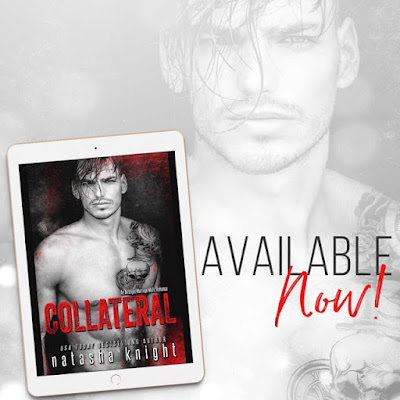 This arranged marriage mafia romance immediately drew me in from page one and I devoured it in less than 24 hours because it is that good!  This is a fast paced book that is sure to keep your toes.  First off, it is a dark mafia romance so what isn’t there to like?  The plot is engaging.  Told from a dual POV, the main characters are beautifully complex, likable, and well-developed.

“Revenge may be best served cold, but it’s a churning burning rage that fuels that vengeance.” - Stephan

Stephan is everything I hoped for in that he is a dark and dangerous man who thirsts for revenge, but also finds himself drawn to Gabriela.  He is powerful, arrogant, and quite demanding at times. I love Gabriela’s feistiness as she attempts to defy him at every turn. She is a strong heroine that has seen and experienced more than any 18 year-old should have and she is definitely not shrinking violet.  These two make an interesting couple and I cannot wait to see how their relationship continues to evolve. As this is book 1 in a duet, the cliffhanger grabs you and leaves you begging for more (Don’t worry, book 2 will be released in a few weeks so you won’t have to wait too long!). This book has intrigue, action, and suspense which kept me entertained until the very end. I received an early complimentary version of this book.