Review: UNDER THE BRIDGE (a Blue is the Color novel) by Julia Wolf 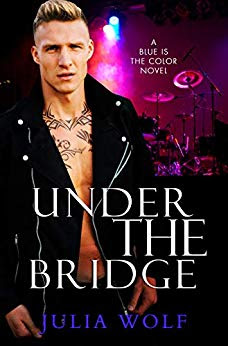 Ian Grady, drummer for Blue is the Color, is a quiet, self-contained enigma, even to his closest friends and band mates. He’s comfortable staying in the background, playing the drums and working on his puzzles.
Valentina Petrov marches to the beat of her own drum and has never felt the need to fit in. Having been sheltered most of her life, she’s ready to step outside of her comfort zone and experience the world in a way she never has.
When Ian rescues his new next door neighbor, Valentina, he becomes her hero, a title he doesn’t want. The girl, though? He can’t seem to stop wanting her, even though the last thing he’s looking for is a relationship.
The trouble is, Valentina is seeking adventure, and the tall, tattooed drummer next door looks like the exact type of adventure she’s been waiting for.

This is perhaps my favorite book by this author to date! One of the things that I love about this author is her ability to write an engaging rockstar romance that doesn’t involve your stereotypical playboy rocker. Rather she creates affable characters who are not without their flaws and whose circumstances and personalities are unique. Thus crafting an entertaining story with a hero and heroine that you cannot help but love.

While Ian was the character that I knew the least about from the previous books, he has always intrigued me the most. In fact, after this book, he is my favorite rockstar from this series! Ian is a complex character and is the quiet one in the band. The socially awkward one. Ian experienced something that rocked him to his core and left him feeling as though he was on the outside looking in.  He isolated himself in his home - losing himself in puzzles and drumming.  The poor guy sometimes didn’t know what to say or how to say it.  The difficulty he had in expressing himself often gets him into trouble and there were many instances where I wanted to shake him and then turn right around and smother him with kisses.

There are heroines in books where I think “how cool would it be to have her as a friend IRL?”.  In Valentina’s case I want to actually be her or at very least channel her inner awesomeness.  After all, she does land that deliciously sexy drummer.  As a heroine, she is that perfect combination of delightfully quirky mixed with sexiness.  She is endearingly geeky with her love of anime and manga and I love how she embraces her individuality.  While she is loving, forgiving, and understanding of Ian, she also demands respect and refuses to put up with his nonsense.  To put it simply, Valentina and Ian are the perfect couple.

While Under the Bridge is book 4 in this author’s Blue is the Color series, I do believe that you could read this book as a standalone.  However, I recommend starting at the beginning as there is a bit of character overlap, but also because this entire series is so good!  I received an early complimentary version of this book and I am looking forward to this author’s future works.

OTHER BOOKS IN THE SERIES 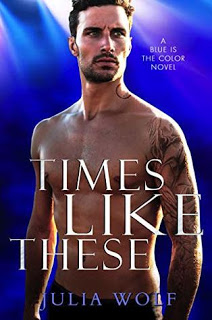 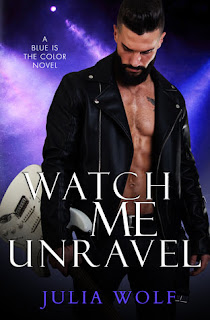 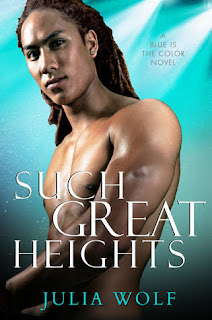