“Enemies to lovers is one of my most favorite romance set ups. The two are a match made in sexy, angsty heaven.”  -- Jay Crownover, New York Times bestselling author

Stone Reeves was my neighbor, and I’ve hated him since sixth grade.

He went to a Division 1 school for football, while my father was fired by his father.
His team won the National Championship, while my mother died the same day.

He was a first round pick for the NFL ...
… while I made the worst decision of my life. 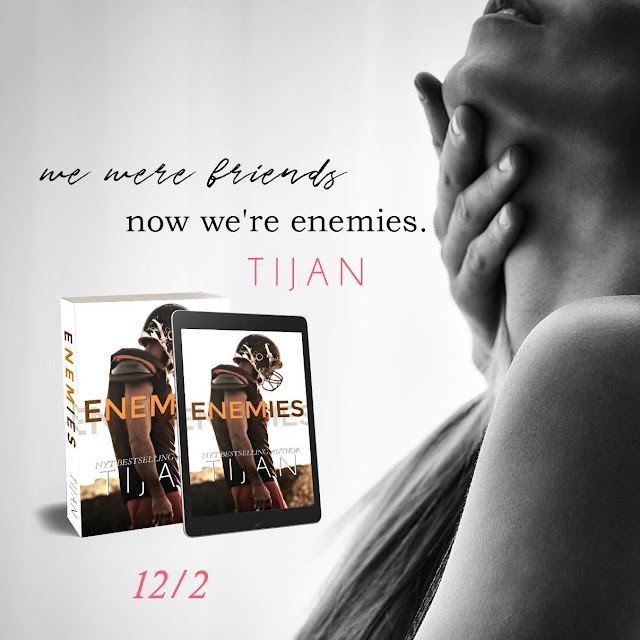 Anytime I get my hands on a book by this author, I settle in knowing that I will be so immersed in the story that sleeping and eating become optional.  This enemies-to-lovers sports romance was no different as I found myself engaged  immediately from the first page and couldn’t put it down until I read those final words. My emotions were all over the place  with this read - with my heart breaking many times over, while also having it glued back together.

This author is an absolute master in the way she writes her characters and portrays their thoughts and actions. At times, I felt as though I was experiencing Dusty’s pain - that I was in her mind and feeling her emotions.  In the face of so much tragedy, the author created a strong, stubborn, and resilient character who also seemed relatable and well, human. She is one of those broken, perfectly imperfect heroines.  As for Stone, I absolutely adored him!  Yes, he was a famous NFL player, but he was remained grounded, protective, and a great pillar of strength.  These two may have been enemies, but their relationship is so much more.

Enemies is a story that illustrates the possibility that with great tragedy comes great healing.  I don’t know how to explain it, but while Dusty’s character really grew and evolved throughout the book so did several of the secondary characters which I really loved.  Be sure to have your tissues handy as Enemies is a well written, emotional story that full of angst, heartache, healing, and love.

Tijan is a New York Times Bestselling author that writes suspenseful and unpredictable novels. Her characters are strong, intense, and gut-wrenchingly real with a little bit of sass on the side. Tijan began writing later in life and once she started, she was hooked. She’s written multi-bestsellers including the Carter Reed Series, the Fallen Crest Series, and the Broken and Screwed Series among others. She is currently writing a new YA series along with so many more from north Minnesota where she lives with a man she couldn’t be without and an English Cocker she adores.
Connect with Tijan
Amazon: https://amzn.to/30oxe0f
Facebook: https://www.facebook.com/Tijansbooks/
Twitter: https://twitter.com/tijansbooks
Instagram:https://www.instagram.com/tijansbooks/
Reader Group: https://www.facebook.com/groups/TijansFanPage/
Goodreads: http://bit.ly/2EcGBqB
BookBub: https://www.bookbub.com/authors/tijan
Website: http://www.tijansbooks.com/