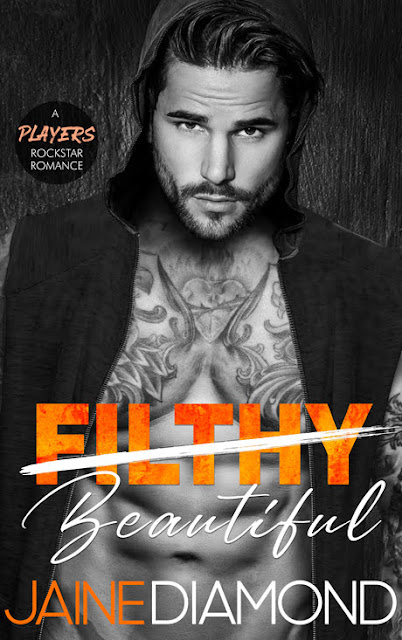 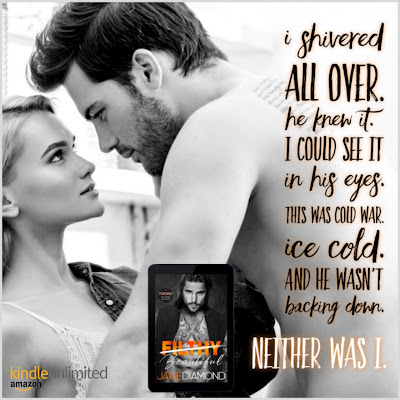 It’s forbidden... but that just makes it hotter.

Courteney Clarke is the kind of girl who rock stars like me write songs about.

Now she tells me she’s a virgin—and she wants me to be her first.
But she’s just f*cking with me. I know she is.
She just hates me that much.

She knows her brother would freak if I touched her.

And if she plans to keep putting it in my face so I’ll give in… we’re both in a world of trouble.
This is cold war, but I’m not giving in.
Problem is, neither is she.

I know I need to do the right thing here…
But the wrong thing might just be way too filthy to resist.

Filthy Beautiful is the second full-length novel in the Players rockstar romance series, and the tenth book in the Dirty/Players series world. 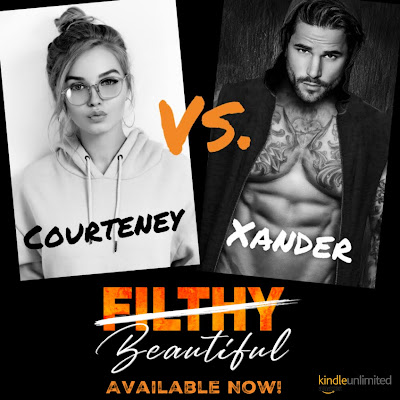 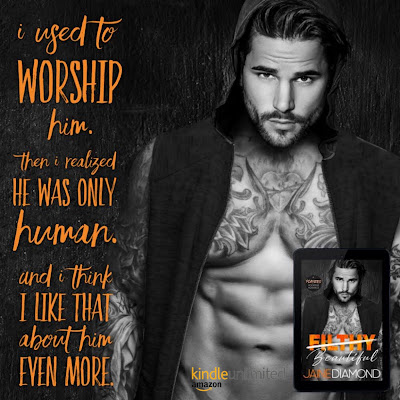 I knew from the first 2 sentences that I was in for a wildly entertaining ride in this rockstar forbidden romance.  Filthy Beautiful is a well-written age gap love story told from a dual POV where the author crafted a great spin on one of my favorite romance tropes - best friend’s little sister.

When the deliciously sinful Xander was first introduced in Hot Mess (Players #1), I was immediately intrigued by his character and I am thrilled that he got his own book!  I absolutely loved this playboy drummer in that he is a man who cares for and stands by his friends, is dedicated to his craft, but is also flawed and somewhat clueless when it comes to matters of love.

Courtney is 12 years younger than Xander and is the 18 year-old sister to his best friend and reclusive former bandmate.  I really liked her as a heroine in that she is relatable, a loving sister, and knows what she wants even if I did find her a tad pushy at times when it came to chasing Xander.

There is a lot of push and pull between these two as they grapple with their feelings and attraction towards each other and as you can imagine, there are many perceived obstacles in their way.  What I especially enjoyed about this book is that it wasn’t a cookie cutter best friend’s little sister romance.  There was a uniqueness to the characters and story and I liked how the author touches upon life challenges that impact her characters.  While Filthy Beautiful is book 2 in this author’s Player series, it can be read as a standalone.

I received a complimentary version of this book. 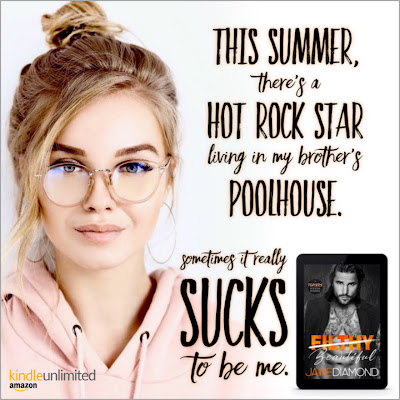 OTHER BOOKS IN THE PLAYER SERIES 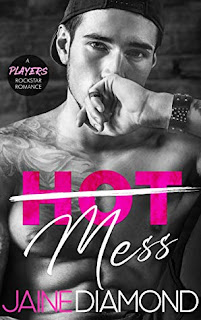 CHECK OUT THE DIRTY SERIES: