A FAE PRINCE WITH A POISONED HEART. A MORTAL GIRL WITH A MAGICAL VOICE. NEITHER ONE BELIEVES IN FAIRY TALES. 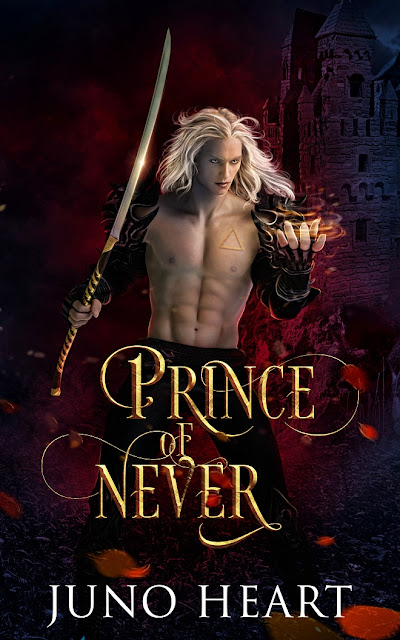 A fae prince with a poisoned heart. A mortal girl with a magical voice. Neither one believes in fairy tales.

City waitress Lara has the voice of an angel and no idea she's marked as the fated mate of a silver-eyed royal from another realm. When she falls into Faery and meets an obnoxious huntsman who mistakes her for a troll, she’s amazed to discover he’s the cursed Prince of Air in disguise. Ever's mother, the queen, is less than impressed. The opposing court of techno-loving Unseelie wants her as their very own pet. And an evil air mage wishes her dead.Held captive by Elemental fae in the Land of Five, she’s certainly hit rock bottom.But songs wield power, and Lara happens to be a true diva. Now if only she can use her newfound magical skill to make the Prince of Never a little less attractive. The first thing she wants is to find a way back home, and the last is to fall in love.Ever and Lara think they know what they want, but destiny and an age-old curse have other ideas.Book 1, a standalone with a HEA in the Y.A. interconnected series, each one starring a different cruel prince and his human fated mate.For lovers of Faery. Above all else, romance rules. 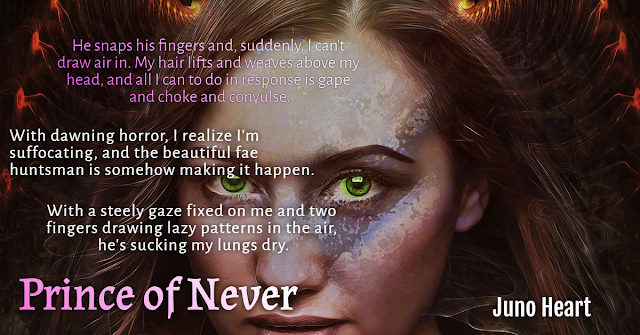 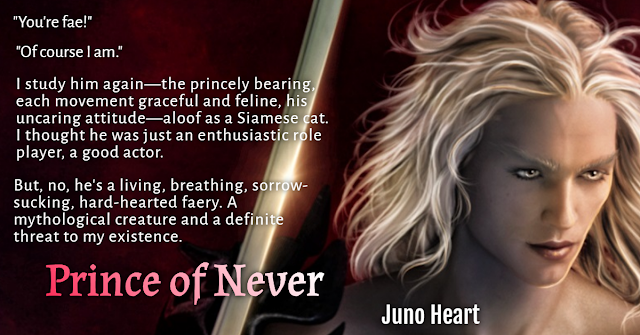 I was absolutely enthralled by this entertaining YA paranormal romance!  The author’s creativity when it comes to the plot and the characters is phenomenal and she does a stellar job with the fantasy world building.  The characters are entertaining, likable and well developed and the plot was interesting while moving at a good pace.

Told from a dual POV, we learn that Lara and Ever are not exactly amused with each upon first meeting.  In fact, Ever portrays himself as an arrogant, high and mighty prince who suffers from not just a curse, but also a rather impressive superiority complex!   Even for all of his broodiness, I found him to be a delightfully endearing hero. His inner mussing over Lara had me in stitches! Lara is my favorite kind of heroine - she is compassionate, clever, brave, and sassy.  She is a 19 year-old human girl who is thrown into the Faery world and she refuses to bow down his royal haughtiness - the black blood prince.

It is a slow burn romance as these two move from enemies-to-lovers into something more and I loved witnessing how their relationship evolved. As it is a YA novel, there is some heat between the characters, but it is a relatively clean read. This book was complete with intrigue, action, humor and a creative storyline that kept me engaged from the first to last page.  I thoroughly enjoyed this book and I cannot wait to see what comes next in this series!
side note: PRINCE OF NEVER is written by adult romance author Amy J. Heart writing as Juno Heart for her YA books. 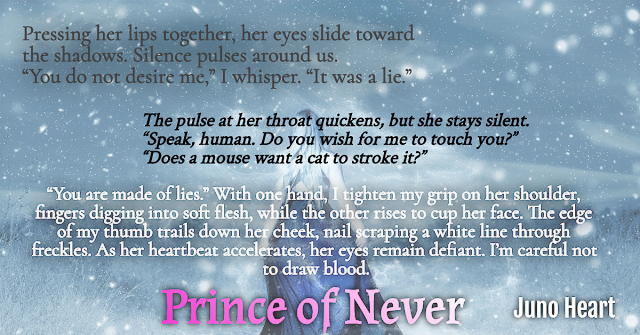 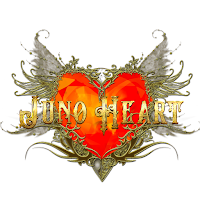 Author Juno Heart writes paranormal romances about Elemental fae princes with pointy ears and tousled hair and the feisty mortal girls they fall for.
She loves indie music, all things Gothic, her magical talking cat, Loki, and getting up in the middle of the night to write long lists and pretend she’s not an insomniac.
She’s also published four spicy romance novels under her contemporary pen name, Chili S. Peppers. Okay, so that’s not the actual name. . . but if you twist her arm, she just might tell you the real one!