Dangerous and feared.
Those words describe my future husband. Who just so happens to also be my ex-boyfriend. It’s complicated.
Two years ago, he broke my heart when he left me to do his father’s bidding. After months of crying, I finally accepted he was gone and wasn’t going to look back. That maybe he’d never loved me at all. I never wanted to see Luca again.
Now a cruel twist of fate has signed me over to him in a heartless deal. I’m his. He thinks he did me a favor, but I feel like I’ve been given a death sentence. He doesn't want to get married because he still loves me. No, he did it for money. More power.
I’m going to be a mafia wife. And there’s only one way out of it. Death.
But as it turns out, someone else doesn’t want me to marry the ruthless Luca Bianchi. And if he has his way, I’ll see that early grave. 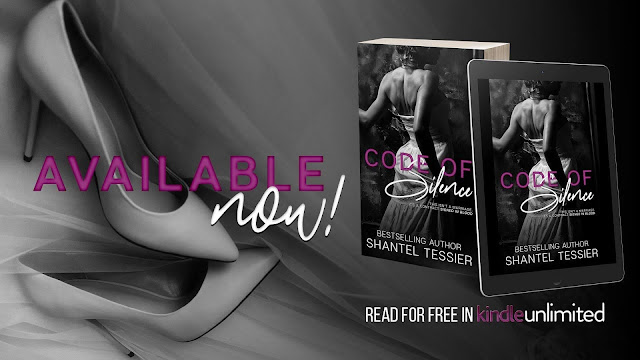 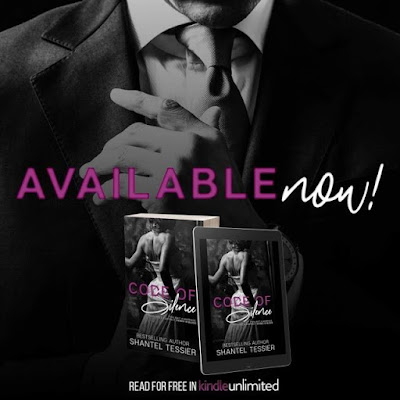 Code of Silence is a novel that is sure to keep you on your toes!  I was fully engaged in this arranged marriage mafia romance right from the beginning and I found myself devouring page after page until the very end. Told from a dual POV, I was immediately drawn towards the characters, the plot, and the suspense.

Luca, the son of a mob boss, was exposed to violence and darkness at a young age.  Now, he is a powerful member of the mafia who is both cunning and ruthlessness while exuding an aura of danger.  I wasn’t sure that I was going to like his character as there were times that I wanted to throw my kindle at him.  Haven I loved immediately.  This little spitfire previously dated Luca in college, but things ended poorly.  Now being coerced into a marriage with him, she is reluctant to give him a second chance even if he still possesses all of the pieces of her shattered heart.  Being thrust into the mafia world, she must learn to adapt quickly.  As a heroine, I love her sass and spunk and how she doesn’t just let people railroad her completely. Although, there were a few instances that I wanted to shake some sense into her.

Code of Silence is not only a second chance romance, but is also a suspense full of action and intrigue. Luka is the master of manipulation in the series of games he plays and it was entertaining to see how it was all going to unfold. This book had a few twists and turns - a few that I was able to predict and a few that were surprises, thus keeping things interesting. The secondary characters made the book.  This author portrays these supportive characters in such a way that you are left begging for their own books.  Where I struggled was with Luca and Haven’s relationship.  I didn’t feel their connection as much as I usually do with the characters in this author’s other works which is why the 4 star rating instead of 5 stars.  Nonetheless, I absolutely enjoyed this book and I am looking forward to reading more works by this author.

Shantel is a Texas born girl who now lives in Tulsa, Oklahoma with her high school sweetheart, who is a wonderful, supportive husband and their two daughters. She loves to spend time cuddled up on the couch with a good book.
She considers herself extremely lucky to do what she does while getting to work from home. Going to concerts and the movies are just a few of her favorite things to do. She hates coffee but loves wine. She and her husband are both huge football fans, college and NFL. And she has to feed her high heel addiction by shopping for shoes weekly.
Although she has a passion to write, her family is most important to her. She loves spending evenings at home with her husband and daughters, along with their cat and dog.