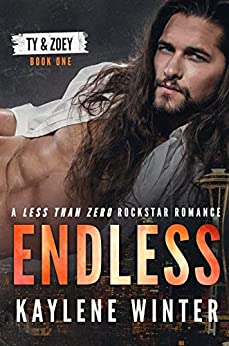 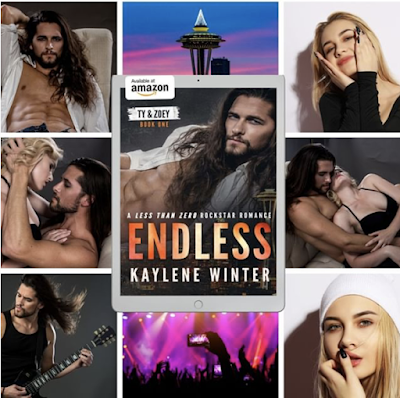 "She ripped out my heart and threw it away."
Tyson Rainier had only one way out - leading his band Less than Zero (LTZ) to the top.
Stardom, success, touring the world - all his dreams were about to come true until Zoey Pearson gave him a new dream.
And passion beyond anything he thought possible.
But absolutely nothing could have prepared him for it to end. Abruptly. Definitively. Crushingly.
His songs of heartbreak made LTZ the biggest band in the universe, as Ty does anything he can to put the life he had with Zoey behind him.
"I ghosted the only man I'll ever love."
Beautiful bookworm Zoey Pearson's love for music led her to Ty. The gorgeous, sweet rocker was made for her.
But when the man Ty trusted most told her to break it off, she did. The only way she could, destroying them both.
Now he's the hottest rockstar in the world because of the songs that eviscerated her.
And while Ty's fully immersed in a life of excess and debauchery Zoey doesn't even recognize him as the man she loved more than anything in the world.
When circumstances throw them together eight years later, the fireworks are explosive.
But their hearts are fragile.
Will Ty forgive Zoey for nearly destroying him? Or will Ty's past actually come back to destroy her?
ENDLESS is book 1 in the Less Than Zero Rockstar Romance Series.
Get ready for the gorgeous, sexy rockers of Less than Zero and the strong, feisty women who bring them to their knees! 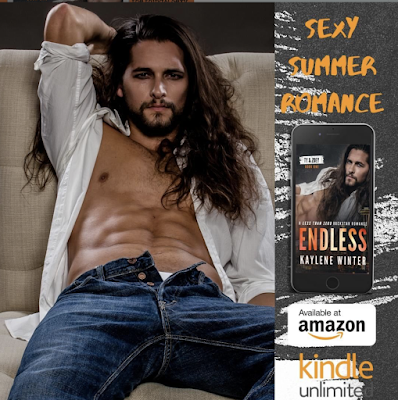 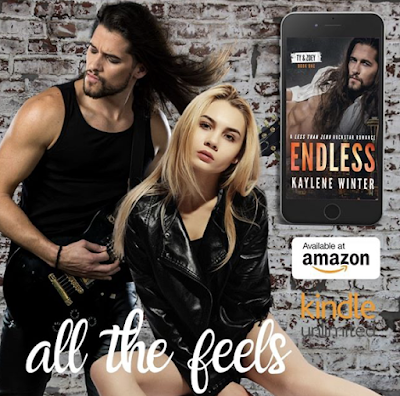 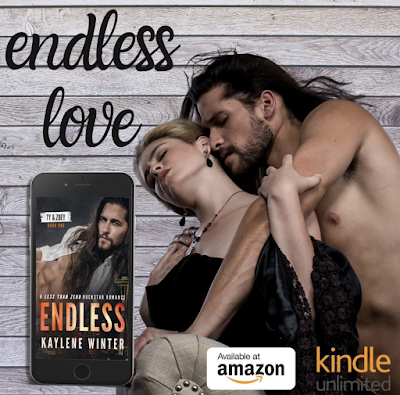 This book is an absolute rockstar masterpiece.  It is near impossible to believe that Endless is this author’s first book given her brilliant writing style, creative storying telling, and impeccable character development.  This second chance novel packs an emotional punch.  If you are looking for a light romance, this is not it as Zoey and Ty’s story is a rollercoaster of drama & angst with swoon worthy romantic & steamy moments and a smattering of humor.

The beginning of this story left me nostalgic as it highlights the sweetness of young love and captures those feelings where the Ty and Zoey believe that they need each other more than air. However, things implode just as Ty is headed off on tour with his band LTZ.  Eight years later, the two encounter each other again only to discover that the their souls are still caught in each other’s orbits.

I adored Ty.  He starts off as this awkward young man with “less than zero” game, yet exudes confidence and swagger while he commands his audience on stage.  As a hero, he is complex with an interesting backstory and I enjoyed watching his character evolve.  Zoey is shy, studious, and so hard working to the extent that it is a coping mechanism for her.  Even with some of her back and forth behaviors that annoyed me at times, I truly liked her as a heroine. I had to remind myself that she was only 18 years-old when she made what she thought was a selfless decision; thus setting the course for devastating heartache without fully anticipating the full scope of consequences. Upon being reunited, the sparks are stronger than ever, but the author does a great job illustrating that resentment, emotional baggage, insecurities and mistrust are obstacles that they must overcome.

One of the things that I like about this book is that the author reveals how the rockstar life isn’t all glitz and glamour and that the result of fame impacts not only the famous person but also their significant others. I would be remiss if I didn’t mention the secondary characters.  I loved  the LTZ’s bandmates as well as Zoey’s friend Alex.  It was also interesting to see how the author was providing hints about her next novel in the series.  Endless is a standalone romance with a HEA, but their journey is one that will batter your heart, however it also leaves the reader with feelings of hope, love, and romance. 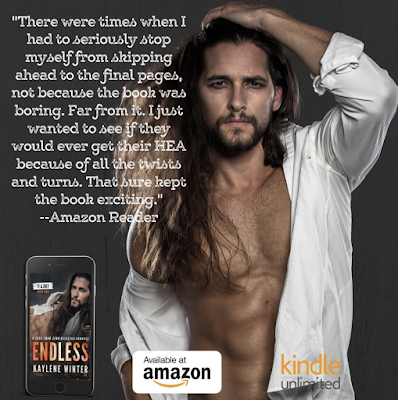 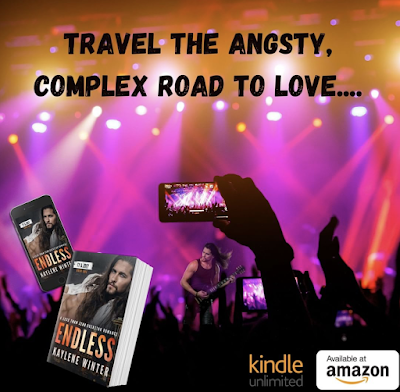 When she was only 15, Kaylene Winter wrote her first rocker romance novel starring a fictionalized version of herself, her friends and their gorgeous rocker boyfriends. After living her own rockstar life as a band manager, music promoter and mover and shaker in Seattle during the early 1990’s, Kaylene became a digital media legal strategist helping bring movies, television and music online. Throughout her busy career, Kaylene lost herself in romance novels across all genres inspiring her to realize her life-long dream to be a published author. She lives in Seattle with her amazing husband and dog. She loves to travel, throw lavish dinner parties and support charitable causes supporting arts and animals.