Hate Thy Neighbor, an all-new rom com filled with witty banter and lots of sexual tension from S.M. Soto is available now! 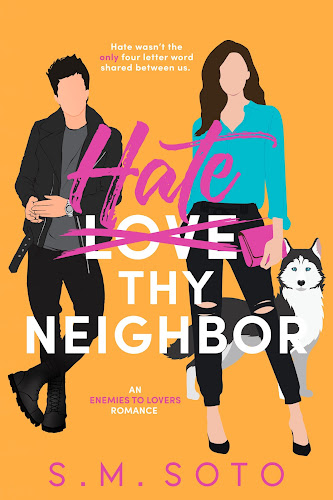 Fresh out of a failed engagement, Olivia Hales is in dire need of a fresh start. Tired of being the charming and accommodating girl that always gets stomped on, she’s determined to change her outlook on life.

When she finds her dream job in a small town in California, she thinks she’s finally found her place in life. That is, until she meets her new neighbor.

And the hottest man on the planet.

At a sprawling six foot five, he was coldly distant and physically intimidating. Not only was her new neighbor a God that was good with his hands, he was also a grade-A jerk. Trapped on the same street, sharing the same space together, they’ve become entrenched in an addictive, ridiculous, never-ending game of insults and pranks that result in the destruction of two perfectly good homes.

The tension between them is as thick as the walls of their houses are thin. Roman’s touch burned like fire even when his words were ice, and both of them will stop at nothing to make the others life hell.

Lines are drawn. Strict rules put into place. But that doesn’t stop Olivia from wanting to save the quiet, broody man next door.

They say you’re supposed to love thy neighbor, but that was the furthest emotion she felt when thinking about Roman. Hate was all there was to their relationship. At the very least, that’s what she tried to tell herself.

Hate Thy Neighbor is a full length enemies to lovers standalone. 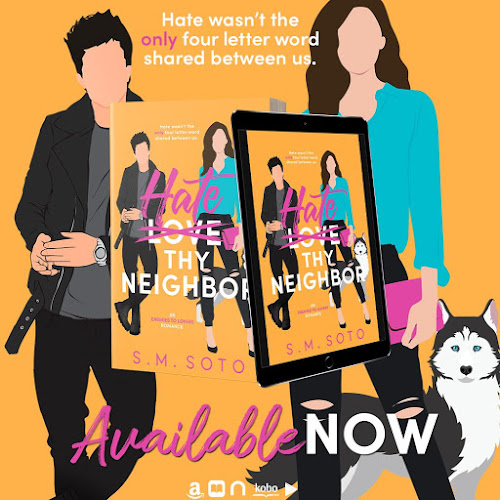 When I saw that this author had a new book releasing, I was thrilled as I cannot one-click her books fast enough. I absolutely devoured this novel as I was pulled into the story right from the first page and I was loathe to put it down!  Hate Thy Neighbor is a different read than her previous books which tend to fall into the dark romance category.  It is an enemies to lovers romance, but it has a fair amount of humor as well as some emotional undertones & lots of heat.  I think it shows just how remarkable she is as an author to create so many engaging books across different romance tropes.

Roman and Olivia’s story is laced with bouts of humor, but it will also melt your heart. Roman is devastatingly handsome, but his broody and rude personality irritate Olivia to no end.  This scrumptious man has many edges and while his hot-cold actions were aggravating at times, I came to love him as his layers were pulled back revealing more of his true self.   I adored Olivia for her spunky personality and she is definitely someone that I’d love to be friends with.  It was entertaining to see how Roman got her all flustered and made her a little zany.   The creative pranks that these two enacted on each other had me snorting in laughter, but I also enjoyed the more emotional aspects of their relationship. No to mention that there were some scorching kindle melting scenes. The ending of the book is positively perfect and I recommend that you read the extended epilogue. Hate Thy Neighbor is a well written, enemies to lovers romance that I definitely recommend! 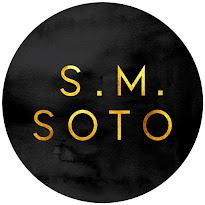 S.M. Soto was born and raised in Northern, California where she currently resides with her son. Her love for reading began when she was a young girl, and has only continued to grow into adulthood. S.M. lives for reading books in the romance genre and writing novels with relatable characters. She refers to herself as a bit of a romance junkie. S.M. loves to connect with readers and eat copious of donuts that will surely lead to her demise.
Connect with S.M. Soto
Facebook: http://bit.ly/2RQVKEb
Instagram: http://bit.ly/2MVdVHe
Amazon: https://amzn.to/30GpreQ
BookBub: http://bit.ly/2uicH2a
Join her Facebook reader group S.M.’s Baddies: http://bit.ly/2NPhQFP
Twitter: http://bit.ly/2pmyOlG
Stay up to date with S.M Soto by joining her mailing list: http://bit.ly/2oxOi6c
Website: https://authorsmsoto.com