Blog Tour: THE STAND-IN BOYFRIEND by Anna B. Doe

The Stand-In Boyfriend by Anna B. Doe is now LIVE and FREE with Kindle Unlimited! 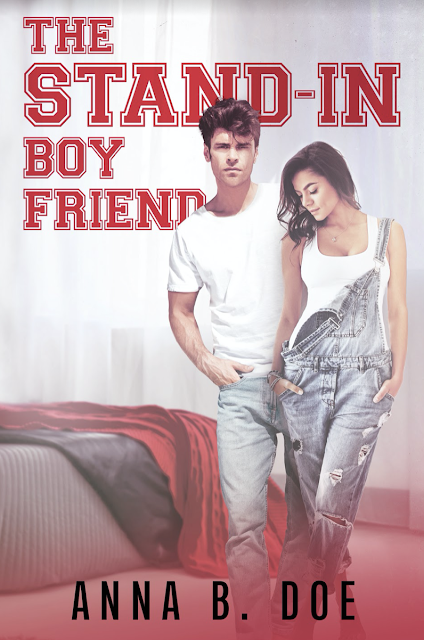 This year was supposed to be the best of her life, but after finding her boyfriend cheating in front of half of the school, the last thing Jessica Bryant wants is to face her classmates.
Noah Russell still feels ashamed of what he did last year. He isn’t one of the bad guys. So, when he hears people bad-mouthing Jessica, he reacts without thinking.
It was supposed to be just a kiss, to give people something else to talk about, but now that they’re the ones controlling the rumors, why not continue?
A few weeks, just until homecoming, and then they’ll break up. Jessica won’t be the girl her boyfriend cheated on and Noah will get his redemption. Should be easy, right? Maybe if her stand-in boyfriend wasn’t also her mortal enemy… 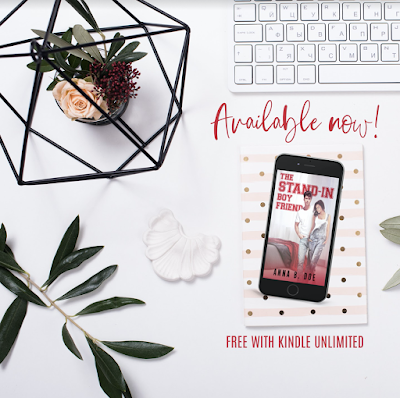 FREE in Kindle Unlimited
https://books2read.com/u/3Lg8E0
Add to your TBR: http://bit.ly/greyford5
Excerpt:
“Don’t call me that,” I snap at him, irritated that he threw me off balance.
“Why not?”
“Because I don’t like it.”
His eyes twinkle in amusement. Sitting like this in the open, they look even lighter than before. Translucent almost. “And that’s exactly why I’ll keep calling you Sunshine, Sunshine. Now, are you done stalling?”
It’s unsettling knowing that Noah can read me so well.
“I wasn’t stalling, I was just thinking.”
“About what?”
“About the rules.”
Rules. That’s what I should be concentrating on. Not the way the sunlight strikes his hair and makes his eyes seem lighter. And definitely not the way his smile is so sweet it could give me cavities.
Noah puts his elbows on his knees, leaning forward. “If you need to think about the rules, why are we even setting them up?”
He’s so close I can see faint freckles covering the bridge of his nose.
I swallow, trying to move back, to put some distance between us, but there is nowhere to go. “So that we know the boundaries. Something you’re clearly unfamiliar with.”
“Oh, boundaries. I didn’t take you for a kinky one, but I guess it’s true what they say. Lady in the streets, beast between the sheets.”
“What is wrong with you? Are you insane?” I shove him away, my cheeks heating in embarrassment.
“Oh look, she’s blushing,” he laughs, that deep, almost raspy sound getting under my skin and making me shiver. “Cute, Sunshine. Real cute.”

I cannot even begin to tell you just how much I love the Greyford High series and this author knocks it out of the park with The Stand-In Boyfriend.   This YA sports romance is a relatively quick read and I was so immersed in the story that I didn't want it to end.  Containing the perfect combination of teenage angst and sweetness, this coming of age novel accurately highlights the trials and tribulations of navigating high school, developing friendships, and experiencing dating.

This is a standalone novella within this author’s highly entertaining Greyford High series, but if you happened to have read The Penalty Box, then you will recognize both Noah and Jessica (Jessy).  Jessica is completely humiliated when she, and half the school, witness her boyfriend cheating on her.  Noah is the popular high school quarterback, but he is remorseful over something he did last year. Starting off with the best of intentions Jessy and Noah embark on a fake relationship.  Of course, what could possibly go wrong?

Teenage girls are notoriously known for gossiping and the author  skillfully illustrated Jessy’s embarrassment in such a way that it was easy to feel her pain.  A likable heroine, she is the type of girl that I believe many can relate to.  She is a loyal friend & occasionally stubborn and I really enjoyed watching her challenge Noah.  After reading The Penalty Box, I was a little iffy about Noah, but this boy won me over.  He has a huge heart and I really like how he treated Jessica. While he may have been ashamed of his previous actions, I do feel that he redeemed himself.

The fake relationship trope is one that I absolutely love.  The end game is generally predictable, but that in no way detracted from the story.  The Stand-In Boyfriend is a well written, sweet YA romance with an interesting storyline and likable characters.  It was exactly what I needed during this time of stress as it captured my attention and left me with a smile on my face. 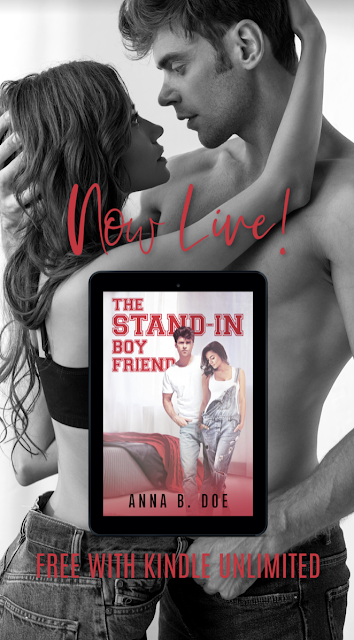