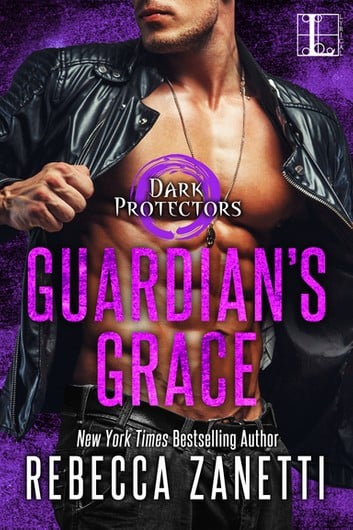 Vampire soldier Adare O’Cearbhaill’s default setting is cranky. Or irritated. Or down-right hostile. Still, as a Highlander of honor and duty he stepped up to save an enhanced and special human female by mating her—with merely a bite and a brand. The last person he wants in his life is a fragile human, yet he can’t get her out of his mind as she regains her strength before taking off for parts unknown. And when he discovers she is in danger, nothing can stop him from hunting her down—whether she likes it or not.

Photographer Grace Cooper has had it with vampires, demons, and the rest of an immortal world she was happier not knowing about. She also doesn’t believe she’s destined for some great battle because of an old birthmark. Forget the fact that her mate is the sexiest thing on two stubborn feet, or that her brand is fading along with her health. She’ll handle things on her own—until an old enemy reappears and she learns the only way to stay alive is to actually mate, wild sex and all, with that ripped and dangerous Adare—a powerful, captivating Highlander who demands nothing less than everything . . .

This author never fails to deliver a book that is rich with extraordinary world building, interesting characters, and epic action scenes. The creativity and detail that goes into shaping the world full of supernatural beings and the intricate storylines is nothing short of amazing.  One of the things that I like about this series is that the author has a unique take on paranormal creatures such as demons, vampires, witches, and Kurjans and while the stories are somewhat interconnected, each book focuses on one particular couple.

Guardian’s Grace is the story of vampire-demon hybrid Adare and the mortal Grace. Both have intriguing backstories which I found interesting and I am thrilled that I got to learn more about them in this novel.  They both underwent an unconventional mating 5 years prior, but now the time has come for them to reunite. Their journey is full of obstacles, danger, duty, and discovering what love is.

Adare is the typical alpha male who is tough both physically and mentally as well as possessive and protective when it comes go Grace.  These character traits seem to be a commonality among nearly all of the heroes in this author’s Dark Protector world, but each hero will have something decidedly individual to him.  Grace is a feisty heroine  whose defiance really challenges Adare and his quest to keep her safe from danger.  She is resilient, but she makes a few bone-headed decisions that left me shaking my head.  Still, both individually and as a couple I found them engaging.

Guardian’s Grace is another solid installment in the Dark Protector/Realm series.  This book could, in theory, be read as a standalone, but it is a part of a series that has interconnecting characters and overarching subplots which some readers who are unfamiliar with this paranormal world may find confusing.  I absolutely love this entire series and recommend starting from the beginning or at least from Vampire’s Faith where the reader is first introduced to Grace and Adare. For those who have read the previous books, you will be thrilled to have scenes with the other members of the Seven. If you are looking for a fast-paced paranormal romance with an entertaining storyline, action, romance, and well-developed characters then you will enjoy this novel!

Rebecca Zanetti is the author of over forty romantic suspense, dark paranormals, and contemporary romances, and her books have appeared multiple times on the New York Times, USA Today, Amazon, Barnes and Noble, and iBooks bestseller lists.  She lives in the wilds of the Pacific Northwest with her own Alpha hero, two kids, a couple of dogs, a crazy cat…and a huge extended family.  She believes strongly in luck, karma, and working her butt off…and she thinks one of the best things about being an author, unlike the lawyer she used to be, is that she can let the crazy out.   Upcoming series are: The Blood Brothers, The Realm Enforcers and The Scorpius Syndrome.
Stay Connected:
www.rebeccazanetti.com
Facebook: https://bit.ly/2ftdPou
Twitter: https://bit.ly/2PnQfcQ