Cover Reveal: The Seasons of Callan Reed by S.M. Soto

The Seasons of Callan Reed, an all-new enemies-to-lovers standalone romance from S.M. Soto is coming February 2nd and check out this hot cover! 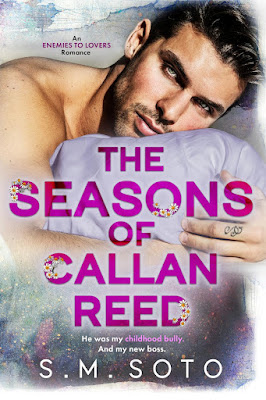 THE SEASONS OF CALLAN REED

He was my childhood bully.

And my new boss.

After the death of her husband, Daisy Casillas is lost, desperately trying to repair the wreckage that has now become her life. In need of a job and money to stay afloat, her best friend suggests a position no one in New York is willing to take.

The man is a tyrant.

And as fate would have it, her former childhood best friend.

Daisy promised herself she’d never speak to the man again after the destruction of their friendship years ago, but she’s desperate. Desperate enough to withstand his cold glares, to follow his impossible tasks to a T, and endure his ridiculous demands.

The hate and animosity they have for each other is real. The barbs they shoot at each other in the office are effective and all too spiteful. But Daisy is willing to risk it all, even if it means another shattered heart.

What ensues between them is a chain of events that unravels the secrets in Daisy’s already imperfect life. While struggling to rebuild everything that has crashed around her, Daisy finds herself falling into old habits with Callan. Only this time, she hopes her heart will survive the wreckage.

If there’s nothing left of the organ, there’s no heart left to break, right?

Be notified FIRST when The Seasons of Callan Reed is live: http://bit.ly/2oxOi6c 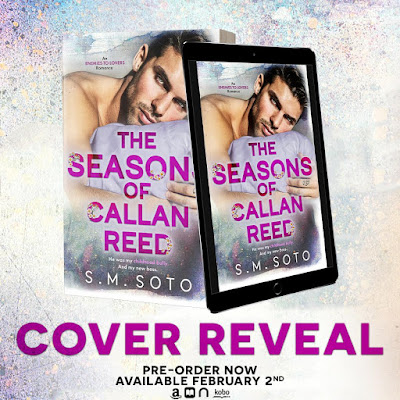 S.M. Soto was born and raised in Northern, California where she currently resides with her son. Her love for reading began when she was a young girl, and has only continued to grow into adulthood. S.M. lives for reading books in the romance genre and writing novels with relatable characters. She refers to herself as a bit of a romance junkie. S.M. loves to connect with readers and eat copious of donuts that will surely lead to her demise.